Home » The Daily Bugle » New Behind the Scenes Pics for Thor: Ragnarok Raise a lot of Questions!

New Behind the Scenes Pics for Thor: Ragnarok Raise a lot of Questions!

Thor: Ragnarok is still in production down in Australia and we have some curious new photos to prove it.

Why do we say curious? Because we see Thor (Chris Hemsworth) and Loki (Tom Hiddleston) both dressed in the civilian clothes of two humans hanging out on a street corner in New York City. Well, it’s actually Brisbane that’s been dressed to look like New York City, but for the film it’s New York City.

Why is this curious? Because what we know of the film is that Loki and Hela (Cate Blanchett) both turn against Thor and banish him from Asgard in some way so that he ends up fighting in gladiatorial games for the Grandmaster, as played by Jeff Goldblum. We also know that Thor’s head is shaved in the film, but here he’s got his usual long locks. Also, it should be noted, that as far as Thor knows, his brother Loki is dead as he was killed in Thor: Dark World. All of that begs the question — what exactly is going on here?

Obviously, we don’t know. All we can do is speculate on what is actually taking place here. Is this at the beginning of the film sometime soon after Thor discovers his brother is alive? Is this towards the end, after they’ve had their adventures and made up for their fight? 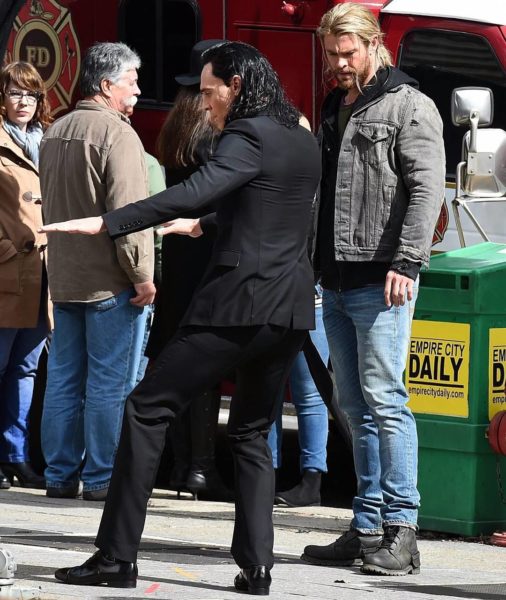 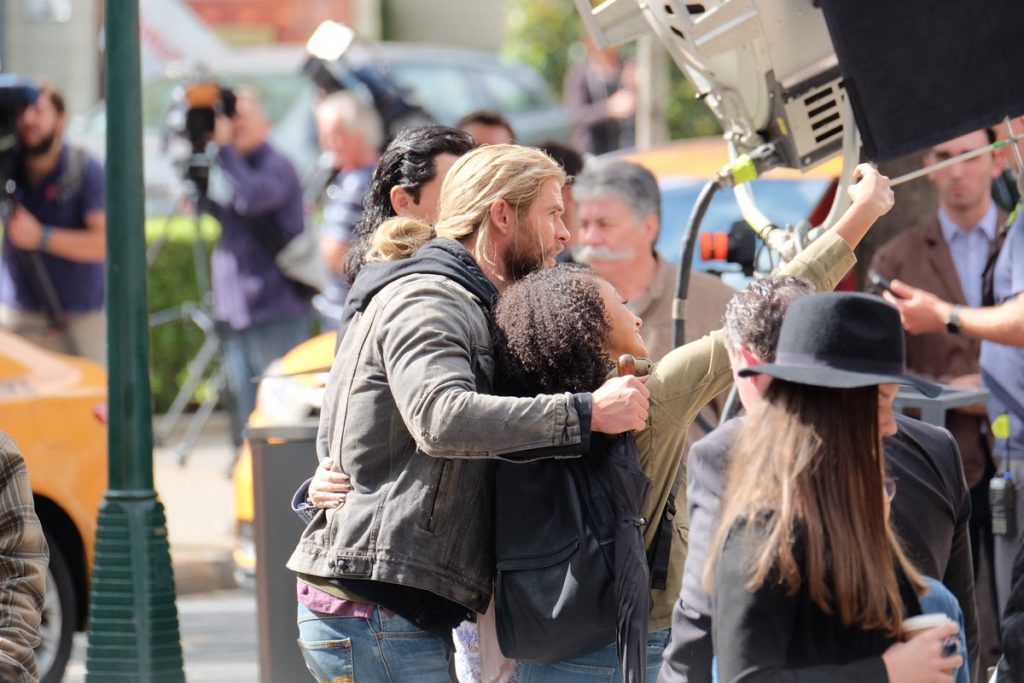 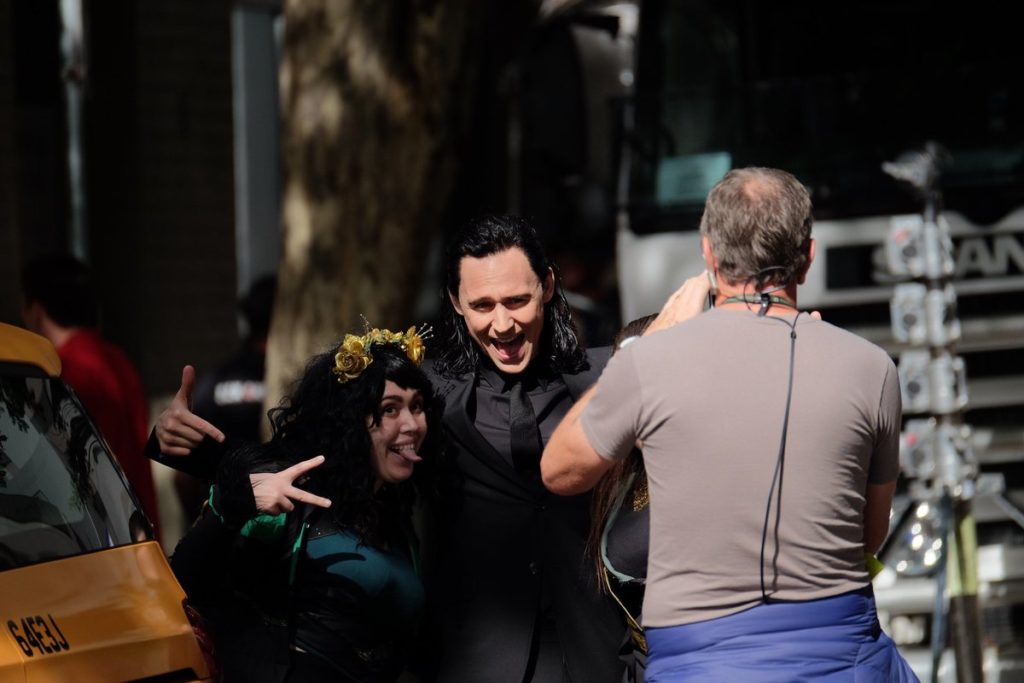 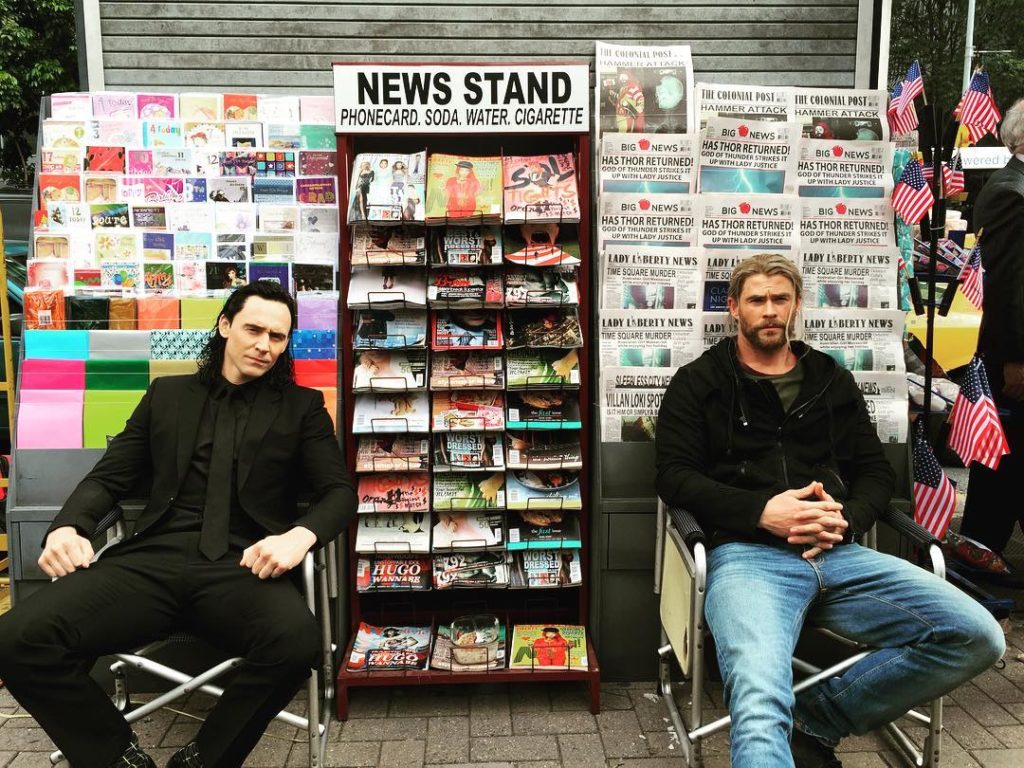 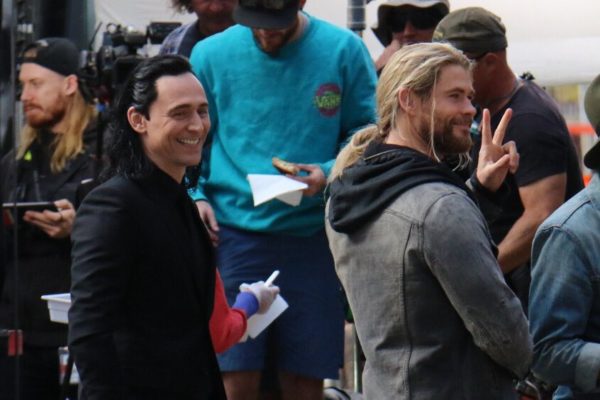 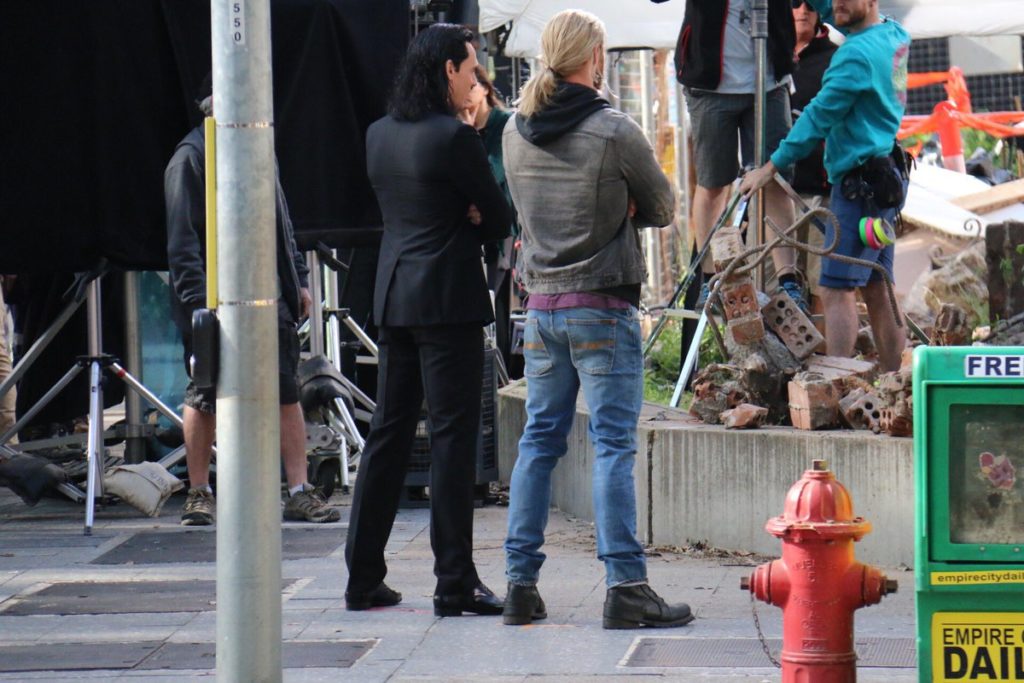 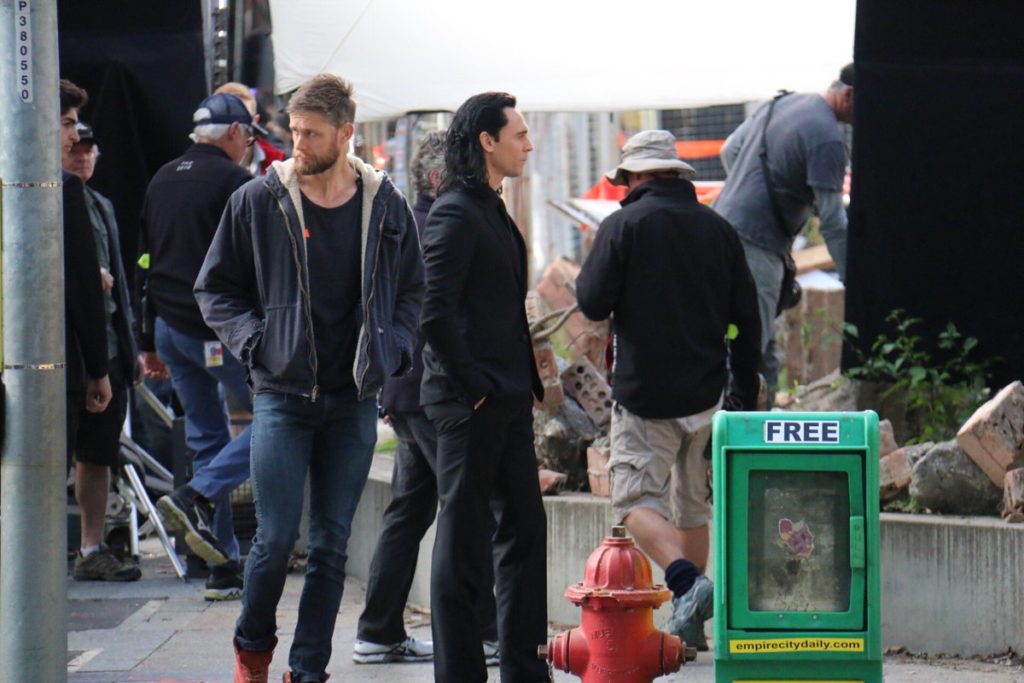 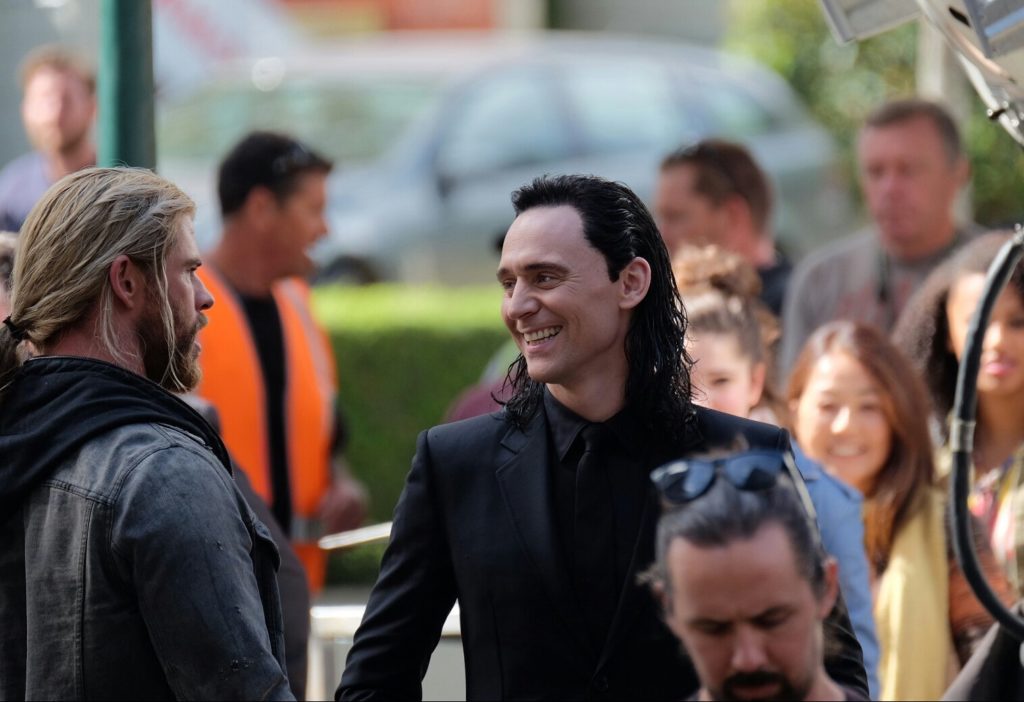 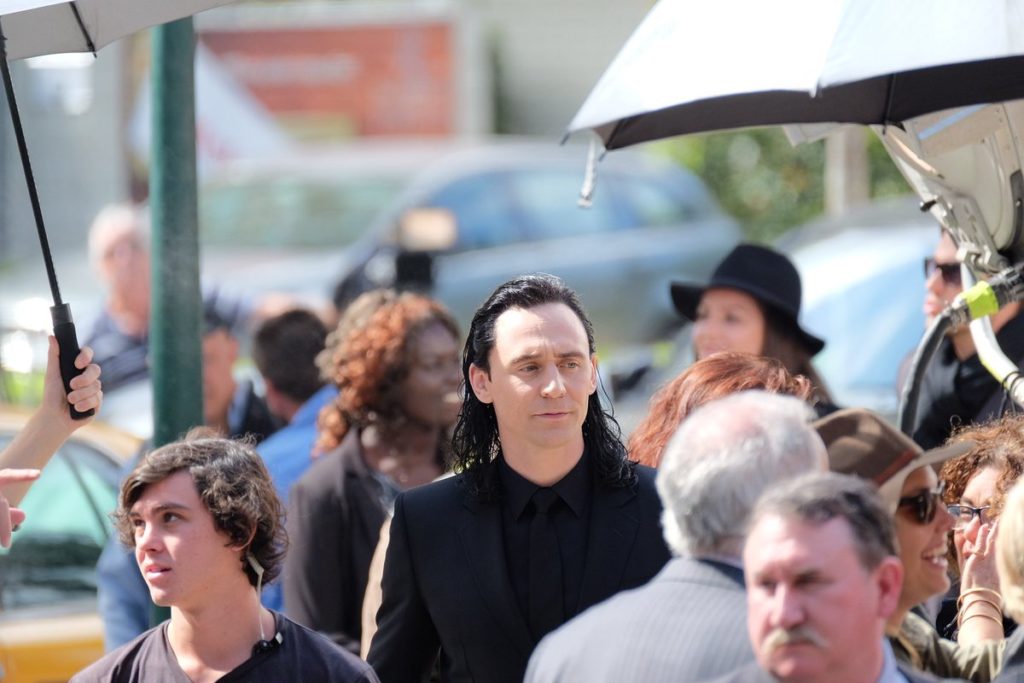 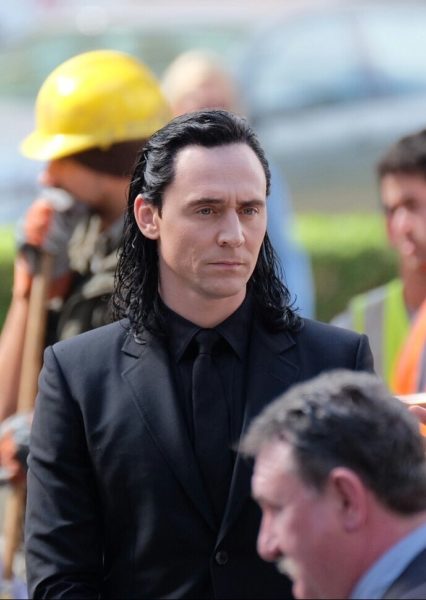 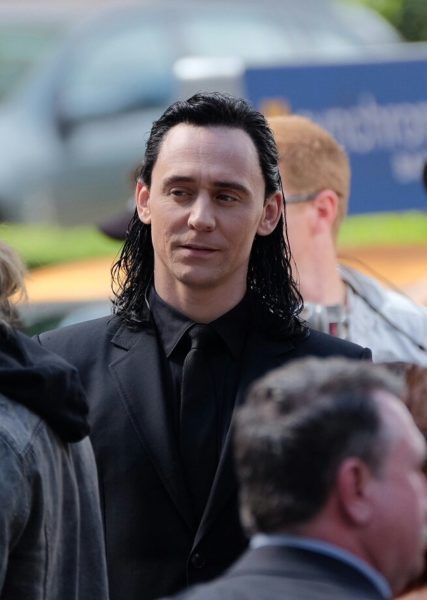 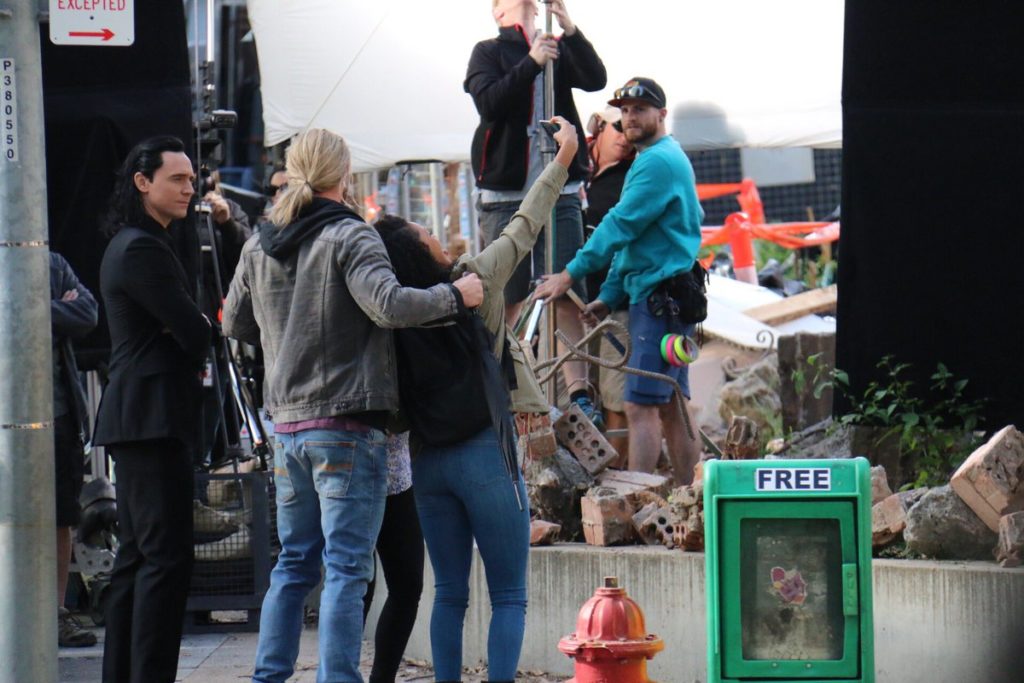 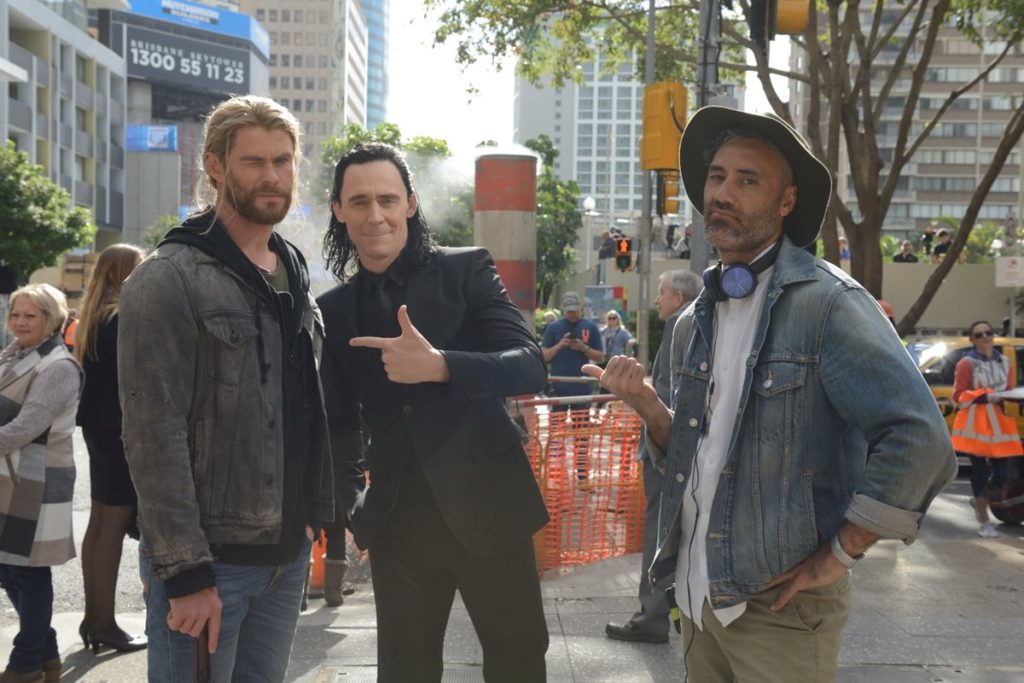 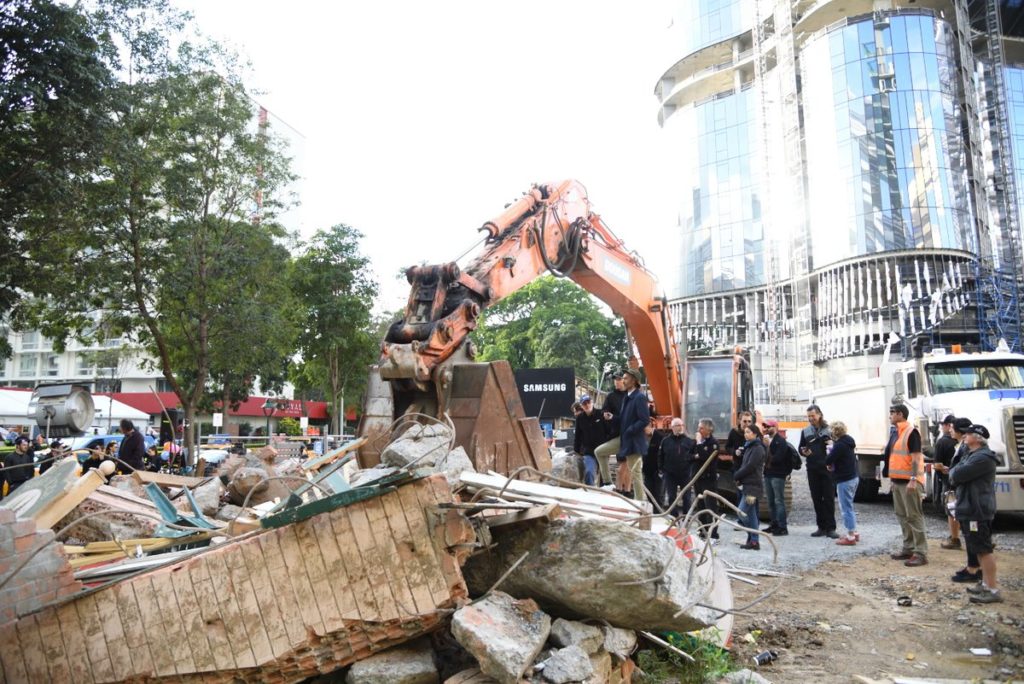 But perhaps the most important question is the one for this picture — What is Thor doing with a card that has the address to Doctor Strange’s Sanctum Sanctorum on it? 177 A Bleecker Street? 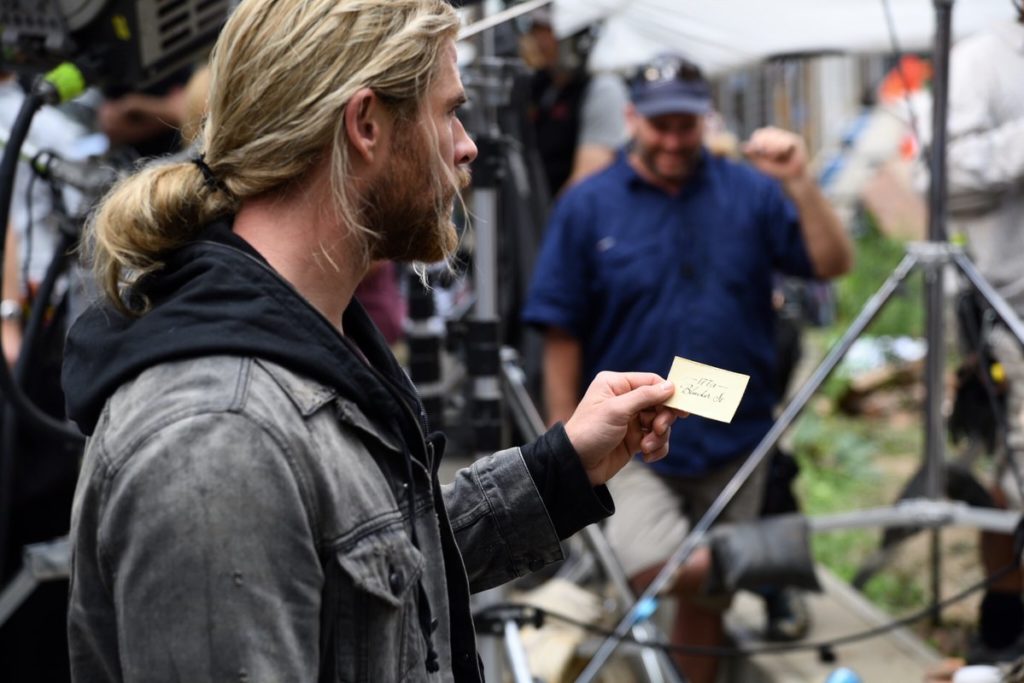 Our guess for that one? It’s likely that Thor will need some help getting from realm to realm and he could absolutely find that help from Doctor Strange, as played by Benedict Cumberbatch.

By the way, it’s entirely possible that they are shooting an end credits sequence for Doctor Strange. Maybe this is what we see at the end of that film to get us excited for Thor: Ragnarok.

Here’s a few photos from the set of #Thor in #Brisbane today. Trying to keep it #Loki 🔨 ⚡️ pic.twitter.com/8NATpA9JQ2

To put these pictures in better context, here are some videos that show the two brothers on the street corner. It appears as if they are talking, are then interrupted by a couple girls wanting some selfies, which Loki photobombs, and then Loki magics himself out of there. Though, be warned, there is no actual magic — that’s added in post.

So, Loki totally photobombs their selfie. This must be what reignites their feud! #Thor #Brisbane @qldconfidential pic.twitter.com/L1OdnNM5Tu

It seems Thor takes a selfie in the movie. Loki is a little less popular. #sadLoki #Thor @couriermail pic.twitter.com/R1K4tAeEHY