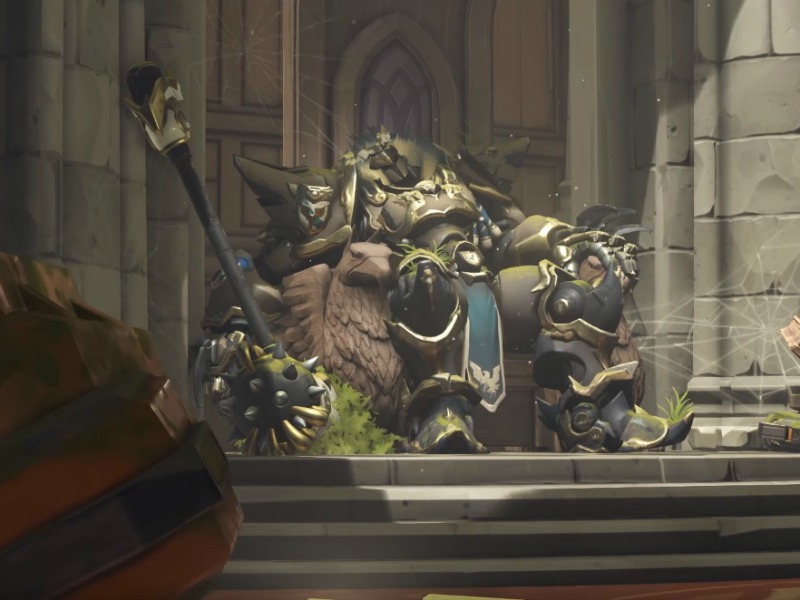 Gamescom is this week and, although it doesn’t officially start for several more hours, that isn’t stopping Blizzard from dropping some news.

Just announced is Eichenwalde, an Assault/Escort hybrid map set in an abandoned village on the outskirts of Stuttgart, Germany.  Probably not a leap of faith to say this is also Reinhardt’s home map, so expect some fun voice lines from him, at the very least.

Also, according to the Blizzard Gamescom Preview Video, this is where Bastion comes from.  His backstory will be explored more in depth later this week when his animated short is finally released.

The site of one of the most famous battles during the Omnic Crisis, it was here that the leader of the Crusaders, Balderich von Alder, and a handful of his best soldiers made a last stand against an advancing automaton army. Outnumbered and outgunned, they were ultimately slain during the resulting combat. However, thanks to their valiant efforts, the German military was able to push back the omnic offensive and win the fight.

On this map, one team must escort a battering ram to Eichenwalde Castle to reclaim Balderich’s remains from their current resting place, while the opposing team does everything in its power to thwart the keep from being breached.

Need to know what to gift a booklover (that isn’t a book)? GGA's #Booklover gift guide contains a plethora of possible presents for that loveable book nerd on your list! https://bit.ly/3cPs70F

The holidays are here, Space Cowboys! GGA has a list to help you find the perfect gift for the #CowboyBebop fan in your life! https://bit.ly/3FPqBs4

Are you shopping for a Greyhound on your holiday list? GGA has you covered with a #TedLasso gift guide that'll make even Coach Beard grin! https://bit.ly/3nV3oP3