New ALIEN: COVENANT Trailer and Poster Will Strike Fear in Your Heart 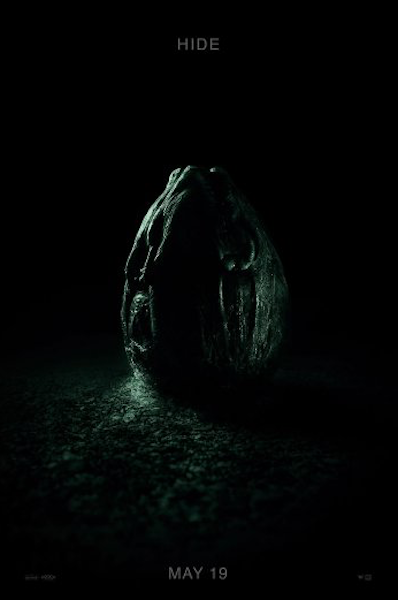 The Alien franchise is back with the return of director Ridley Scott and new horrors in Alien: Covenant.

20th Century Fox released a new trailer and poster for the film, and the outlook is grim.  The poster makes reference to the first Alien poster with the image of  a single alien egg and the famous tagline ‘In space, no one can hear you scream’.  This poster, however, just says ‘hide’ and the egg has not been hatched.   It’s chilling.  The implication, it seems, is that there is no fighting this thing, and it’s coming.

Alien: Covenant is a prequel to the saga of Ellen Ripley.  It picks up during a time when humans were looking to find new worlds to colonize.  This mission is full of couples who are clearly full of hope.  It won’t last long.  And as we know from the other movies, their story doesn’t get very far.

Here’s what 20th Century Fox has to say…

Ridley Scott returns to the universe he created, with ALIEN: COVENANT, a new chapter in his groundbreaking ALIEN franchise. The crew of the colony ship Covenant, bound for a remote planet on the far side of the galaxy, discovers what they think is an uncharted paradise, but is actually a dark, dangerous world. When they uncover a threat beyond their imagination, they must attempt a harrowing escape.

Alien: Covenant will be in theaters May, 19.