Anytime the LEGO gets their hands on a franchise and turns it into a video game, it becomes an immediate hit. And by hit, we mean we really enjoy playing them and are uncertain as to the number of units purchased — but who cares about that when the games are this fun!?

Their Harry Potter games, Batman games, Star Wars games, Lord of the Rings games and Marvel games are a case-in-point.

In this particular instance, the first two Marvel games from LEGO — LEGO Marvel Super Heroes and LEGO Marvel’s Avengers — were both very fun and rich in Marvel mythology. The 2016 Avengers release even featured Devil Dinosaur and Fin Fang Foom!

Just — listen — the games are super fun and there’s a new one coming out this November, titled LEGO Marvel Super Heroes 2. 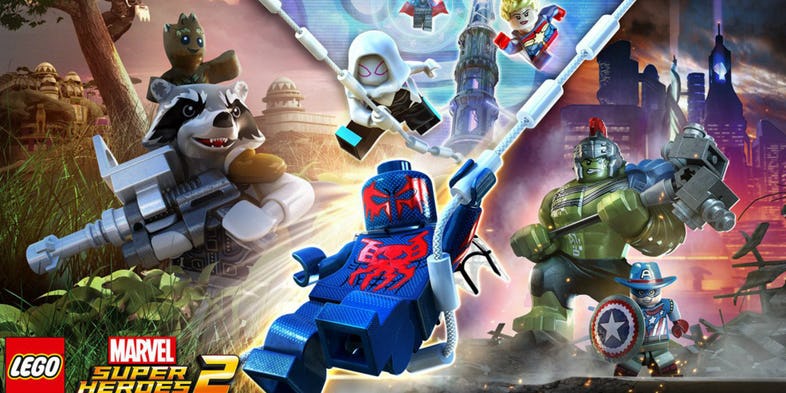 RELATED: Inhumans Recap and Review for the Saga’s First Chapter

The commercial features the main characters of the Inhumans royal family:

Black Bolt — the king whose very whisper can level a mountain.
Medusa — the queen whose hair is hard as steel and prehensile.
Gorgon — the most hardened warrior of the royal family, whose hoofed feet can cause earthquakes.
Crystal — an elemental who can blast fire, water, air and earth from her hands.
Lockjaw — a bulldog the size of a small bus who can teleport the family anywhere on Earth.
Triton — a fishlike man who can live underwater.

Noticeably absent is the royal advisor to the king, Karnak, whose power is that he can see the weakness in anything and everyone.

But still, they’ve got Lockjaw, so they have my money.