Last month at Dragon Con, the storytelling live show and podcast, 5 Truths and a Lie, presented their fourth annual Dragon Con Storytelling show. The event was standing room only with approximately 700 con-goers in attendance.

5 Truths and a Lie regularly presents their show live in Los Angeles to a small audience. The show is recorded and released as a podcast. What makes Dragon Con so exciting is the increased number audience members which adds a palpable electricity to the air. In addition, since Dragon Con is a pop culture convention, 5TL gets amazing guests from different areas of fandom to tell true stories from their lives!

You see, here’s the thing. 5 Truths and a Lie is a storytelling show that asks six guests to tell a story from their lives based on a theme. The catch is, one of the storytellers is lying. The audience’s job is guess who the liar is. What ensues is a raucous and hilarious hour of storytelling where all bets are off and it seems like everyone is lying. 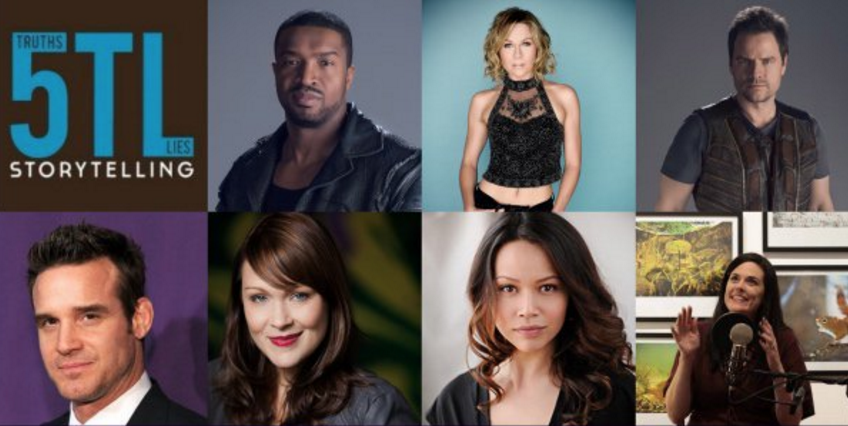 This year, 5TL assembled an amazing line-up of storytellers to share tales based on this theme: Secret Identities: Stories of Alter Egos, Cover Stories and the Other Disguises We Use. The storytellers were:

For our podcast, 5TL hosts and producers Audrey Kearns and Brian Bradley enlisted the help Agent Carter showrunner/executive producer and Manifest Destiny scribe, Chris Dingess. Audrey, Brian and 5TL producer Matt Soule played the stories for Chris and watched him squirm as he tried to figure out the liar. Now it’s your turn! You get to join Chris Dingess and try and figure out who the truth-sayers are and who the lying liar is! Have fun!

Listen below, on iTunes or Stitcher!

For more wonderful storytelling from 5 Truths and a Lie, visit here!