What’s better than a talking horse? A washed up, former “Hollywood star” talking horse, that’s what. Netflix’s Bojack Horseman has both of those things and so much more. I had the pleasure of getting the skinny on the streaming service’s critical darling at Netflix’s FYSee event. Now, what does “FYSee” mean, you ask?

Netflix is holding special events for each of their original programming that aired within the Emmy’s televised year. Think “For Your Consideration.” Viewers got the full immersive experience – intricate displays for their shows containing props/costumes and fun opportunities for photo ops. They even played music from their respective programming. Stranger Things had the theme song playing on a loop. Not to mention, each show had an exclusive panel, typically with the creator and star(s) of the series. Free drinks and tasty h’ordeuvres were served. Each attendee also received commemorative swag as they left (I got a fluffy Netflix blanket!). In short, Netflix struck gold with these Emmy campaign events.

Now, back to Bojack Horseman. It stars Will Arnett as the titular Bojack, former beloved sitcom horse of the ’90’s, who skyrocketed to fame thanks to his hit TV show “Horsin’ Around.” Bojack is now living the “former Hollywood star” life, navigating the ups and downs that entails (heehee…tails). Bojack Horseman also boasts the vocal talents of Amy Sedaris, Alison Brie, Aaron Paul and Paul F. Tompkins. 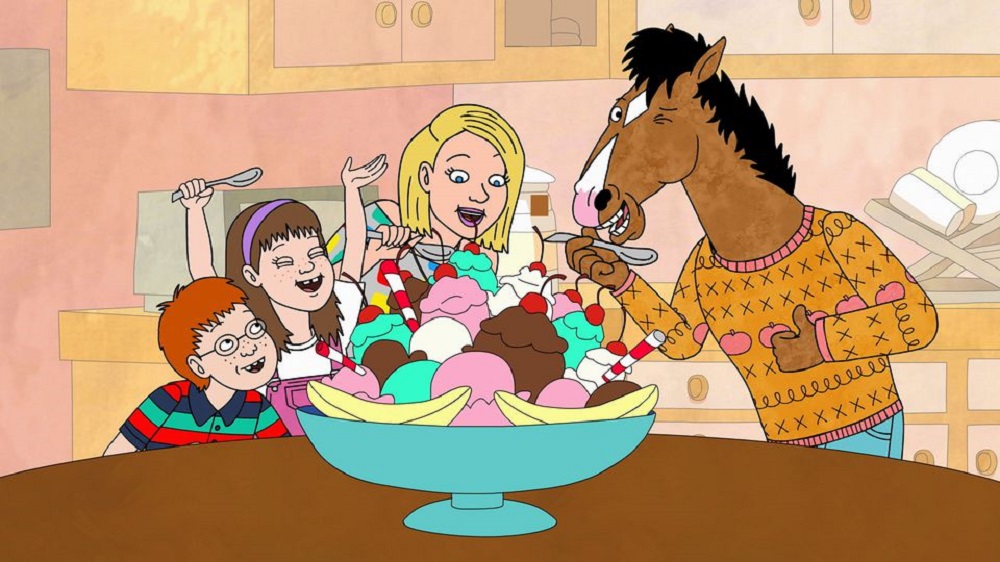 Attendees were treated to a Bojack Horseman Q&A with creator Raphael Bob-Waksberg and Arnett. I thoroughly enjoyed the panel – it was very lighthearted with a smattering of snark. Not to mention, we were also given a glimpse into the inner workings of Bob-Waksberg’s brainchild.

When asked about the show’s development over the course of Season 1, Bob-Waksberg revealed his objective. “We wanted to kind of hide something else inside of it. The plan was always ‘Can we be the best of all possible worlds?’ …and then slowly, gradually, over the course of the first season the show sinks its hooks into you, and becomes something more melancholy and deeper.” Essentially, Bob-Waksberg wanted to create more than just a comedic cartoon about talking animals.

Then, the duo dived into what “rock bottom” meant for the horse living in Hollywood. Does nearly bedding his love’s seventeen year-old daughter count? Bob-Waksberg touched on pushing the envelope for dear old Bojack – allowing him to descend further down the rabbit hole of depravity. “There were so many times where I’ve threatened Raphael through the glass recording booth and said ‘You’re paying for my f****** therapy,'” Arnett joked. 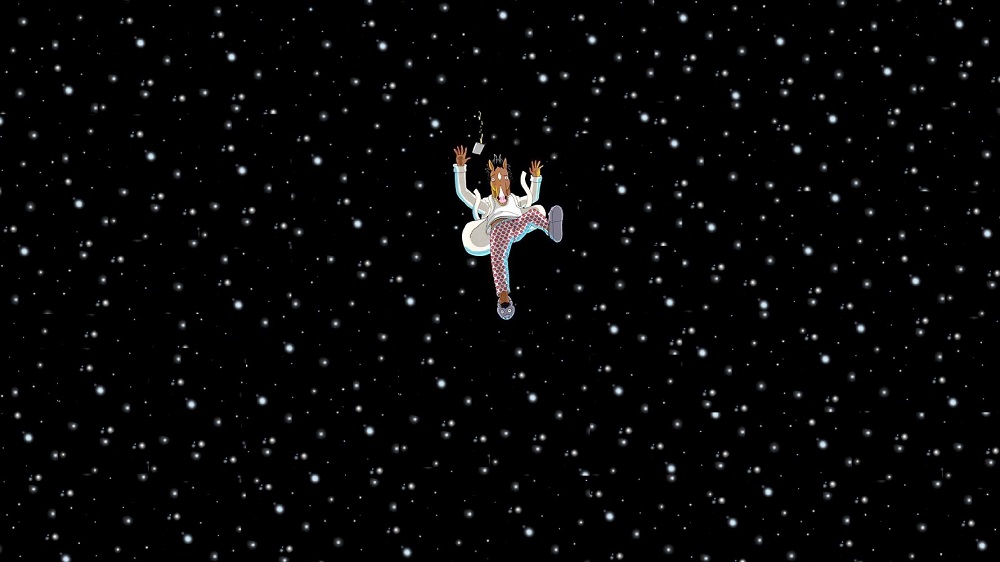 This is what Bojack looks like when falling down the rabbit hole of depravity.

Now, the conversation shifted to initial critic reviews of Bojack Horseman, and how they weren’t as receptive as one would hope. Bob-Waksberg noted that after the tonal shift in Season 1, many critics recanted those statements. “It was certainly a great moment when people understood what Raphael was trying to do,” Arnett chimed in, after he joked about writing a scathing review of the show.

Later, the duo revealed a snippet of how the recording process for Bojack Horseman worked. Typically, Arnett would be in a booth by himself, while Bob-Waksberg read the remaining parts with him. Bob-Waksberg noted a particular episode where Amy Sedaris recorded with Arnett over the phone, the former in New York. They “read through it like a play.” Ah, the magic of voice acting. Generating chemistry with your scene partner when you can’t see them, and you can only use your voice.

Then, Bob-Waksberg was asked about his feelings regarding the Netflix format. Is it vastly different than a series where episodes are released weekly? Also, does the binge-style format not allow certain episodes their due moment in the spotlight? “The show was built as a Netflix show. We knew what the model was going in and we wrote it to that,” Bob-Waksberg replied. He also mentioned that a goal of his was to create each episode with something special. “I want every episode to be someone’s favorite episode,” Bob-Waksberg said. Ambitious goal that I can appreciate.

Of course, Bob-Waksberg gave a shout out to the unsung hero of Bojack Horseman, Lisa Hanawalt, who drew the characters for the show. Hanawalt and Bob-Waksberg knew each other from high school. “She designed these characters. Anything you see comes from her brain,” he commented. Love that he gave the art department their fair due. 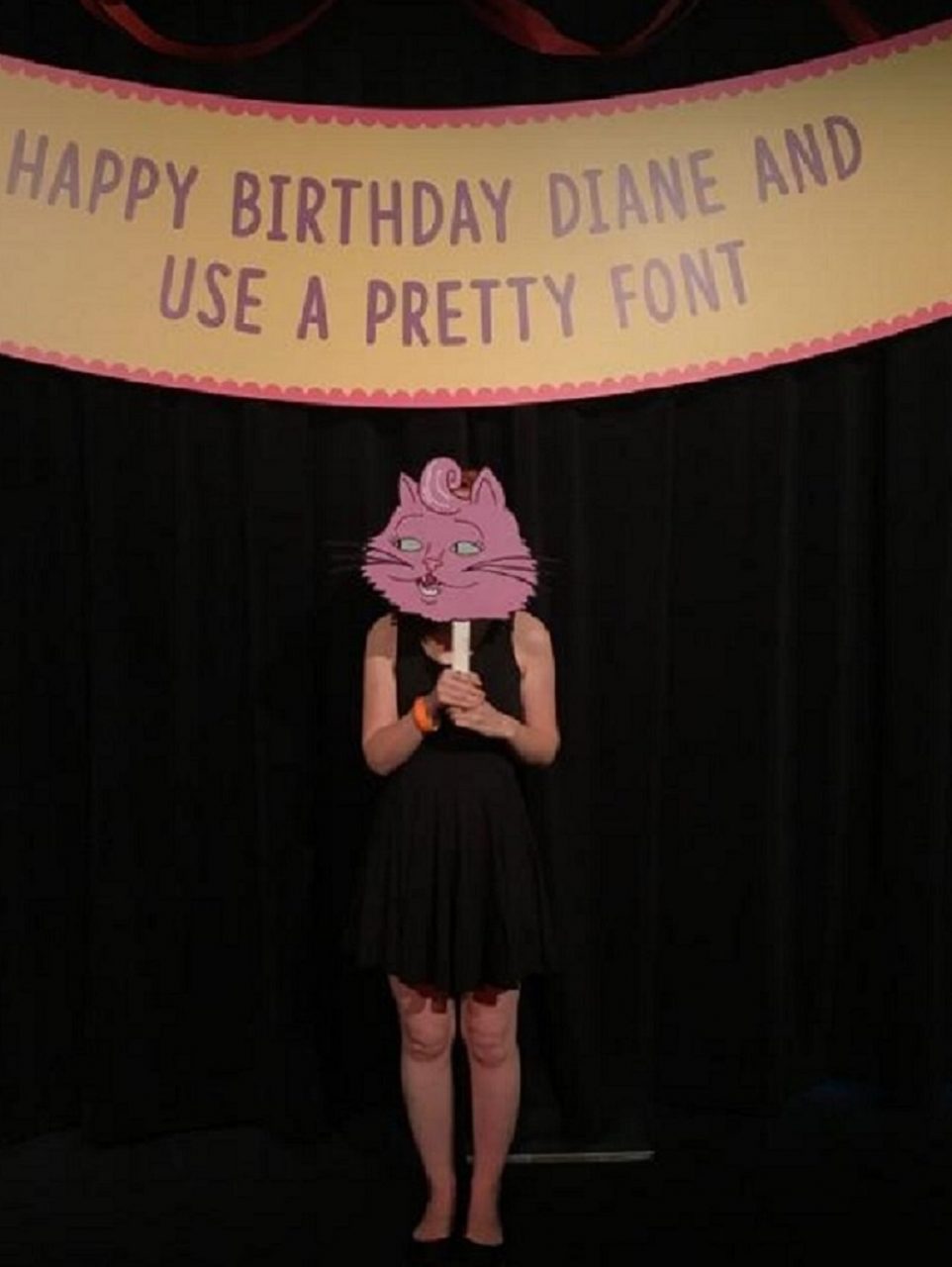 I bet you didn’t know I was already a character in Bojack Horseman!

Circling back to the darkness the series encapsulates, Arnett elaborated on the tough moments for him and Bojack alike. Of course, when you become attached to a character, said character becomes you. “Raphael’s always done a really good job of talking me through it. Kind of holding my hand,” he said. “Maybe I should be invoicing you for therapy,” Bob-Waksberg retorted slyly. Then, the duo continued the joke of Bob-Waksberg “directing” Arnett in “therapy.” See, acting can be therapeutic!

Now, what makes the perfect Bojack Horseman voice actor? “A willingness to try lots of different stuff…what we’re really looking for is options. We want to make big, bold choices,” Bob-Waksberg commented. He went on to talk about his directing style. Usually, he’ll have his voice actors try something during one take, then completely switch it up the following take. The more options, the better. Arnett swooped in by giving us five different versions of a simple question: “What time is it?” We were able to witness voice acting magic in person.

Lastly, the duo was asked about their progression regarding Season 4. “Oh my God…we forgot to write Season 4,” Bob-Waksberg quipped. Taking the joke and running with it, Arnett admited that he’s a “terrible draw-er.” They opened it up to the audience, asking if any artists or voice actors were in the crowd. I’ll admit, I knew it was a joke but I definitely raised my hand for all counts. Who wouldn’t want to voice act or visually design a popular Netflix show? On a more (somewhat) serious note, Bob-Waksberg revealed that they’re almost finished with Season 4, and it will be released “at some point.”

When probed for more hints, Bob-Waksberg kept mum, saying “I don’t think we’re allowed to say.” Arnett quipped that Season 4 would be released before Season 5. Then, he turned to the audience. “Do you want a Season 5 greenlit right now?” to which the crowd responded with raucous cheers. Well, Netflix, the people have spoken. Give them more Bojack! 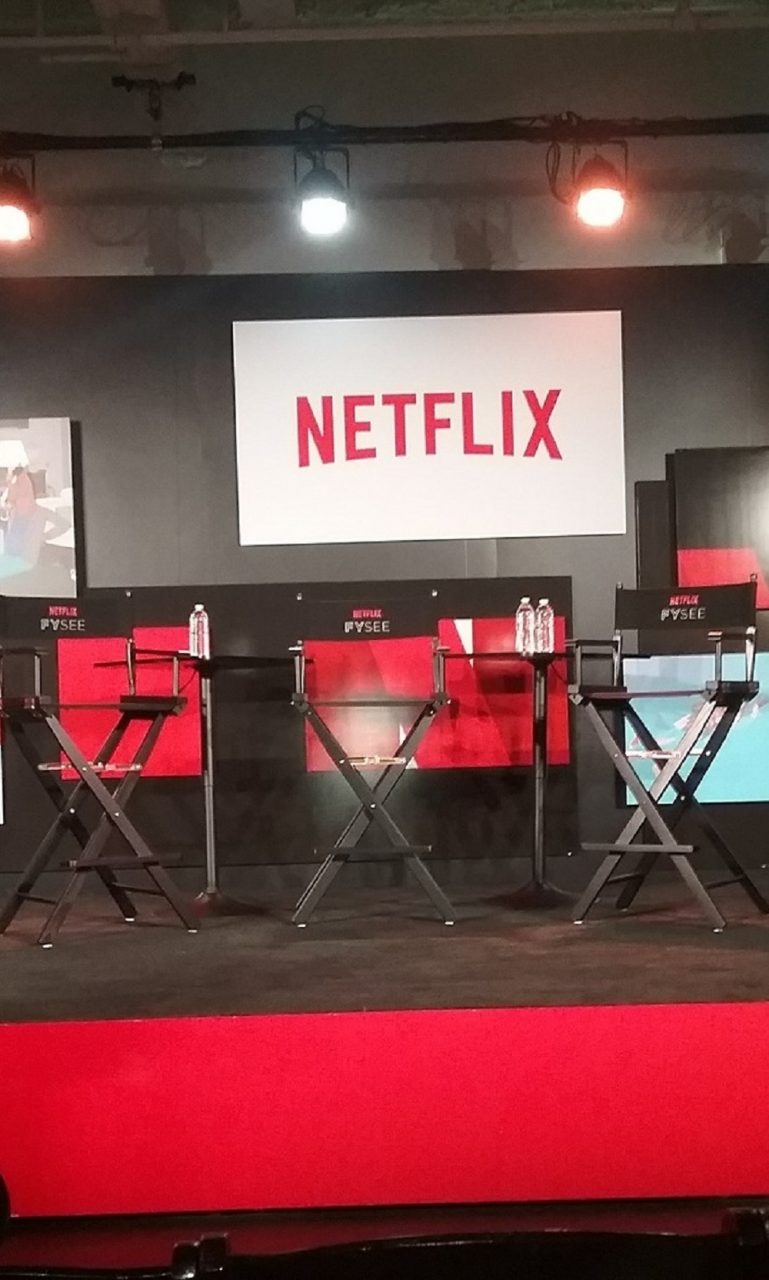 That, my fellow binge watchers, is a wrap. Many thanks to Netflix for throwing a wonderful shindig and keeping this streaming fan content. Everything hit all the right notes, from the food to the panel and the show exhibits. Bojack Horseman was given a panel worthy of its caliber, and it honestly makes me want to rewatch the series. I sense a viewing party in my near future.