Home » Movies » Why You Need the Book STORMTROOPERS: BEYOND THE ARMOR

Why You Need the Book STORMTROOPERS: BEYOND THE ARMOR

When you think of Star Wars, what’s one of the most iconic characters? Darth Vader, for certain. Luke Skywalker. Yoda, perhaps. But outside of Vader comes another instantly recognizable character – the Stormtrooper. The faceless, poor-shooting soldier is so deeply associated with the films that they show up to every premiere. They have even inspired the creation of an organized costume group dedicated to movie-accurate reproductions. Stormtroopers: Beyond the Armor is dedicated to fans of those lovable, nameless troops.

So why do you need Stormtroopers: Beyond the Armor? This book dives into everything regarding the iconic Star Wars soldiers! And I mean everything. We learn about how the armor was first made. You know that instantly recognizable helmet? It was originally sculpted by Liz Moore. That’s right! A woman helped design the helmet. And of course Ralph McQuarrie was integral at creating their look. 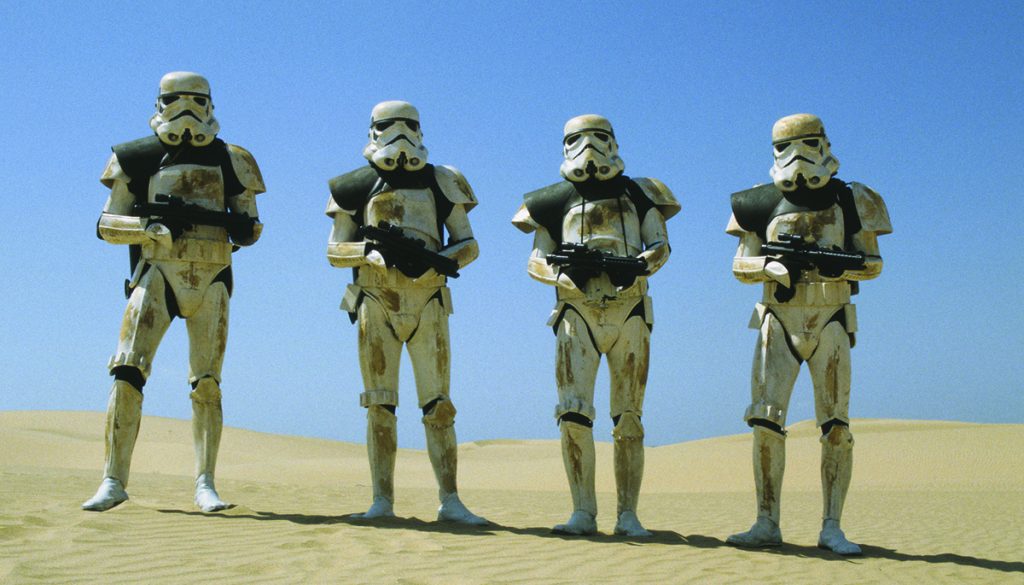 The book delves into the full creation of each iteration of trooper armor, from the original trilogy to the prequels to the sequel and anthology. If that isn’t enough to get you hooked, they cover all stormtrooper toys, novels and comic appearances as well. Things I didn’t even know existed! For example, regarding the comics, I had no idea there was an arc of a stormtrooper being an ally and helping Leia! But since they’ve established canon with Disney, the authors creatively addressed it. They acknowledge that a lot of these stories are no longer canon and give “Legends” bubbles and pages throughout the book with addition facts. One of my favorite things about the book is the original artist sketches. It just gives great insight into what the very first steps were in creating these designs.

One of the other great things about the book is hearing from the people behind the scenes. Personally, I’ve always been fascinated by the creative process of making a movie. And with this book, we hear the voices of the people who helped create these iconic characters. As mentioned earlier, I really like the story of Liz Moore. She went on vacation for a weekend, despite their nearing deadline. Her partner was panicking, working on the armor alone. And she comes back with a completed stormtrooper helmet. It’s little stories like that personalize reading about the process, facts of the armor and so on and so forth. 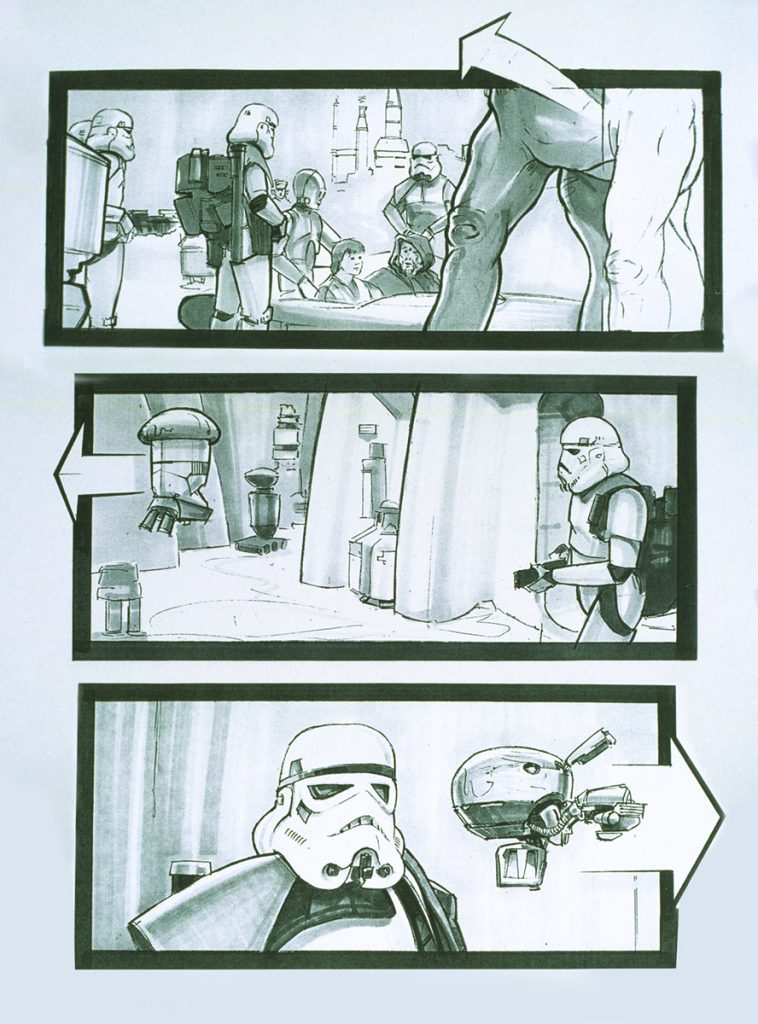 As for the design the book, one of the highlights is the few pull out pages in order to see even more images, including an original sketch of an AT-AT walker that I love. It also includes some replications of a storyboard panel, comic strip, a 1970s cereal box mask and more. Once again, the book is filled to the absolute brim with stormtrooper information. There’s a lot of fascinating ground covered by writers Ryder Windham and Adam Bray.  I feel that any fan of Star Wars needs this book on their shelves. It’s a must have!

Just in time for the next blockbuster, Star Wars: The Last Jedi, this unique and beautifully designed compendium with removable features traces one of the franchise’s most iconic characters—the stormtrooper—from initial development through all nine Star Wars movies to their many iterations in TV, comics, videogames, novels, and pop-culture.

Star Wars: A New Hope, the very first installment in the beloved science-fiction series, introduced the Imperial stormtroopers—the army of the fearsome and tyrannical Galactic Empire. Charged with establishing Imperial authority and suppressing resistance, these terrifying, faceless, well-disciplined soldiers in white have become a universal symbol of oppression.

Star Wars Stormtroopers explores these striking warriors and their evolution in depth for the first time. Ryder Windham and Adam Bray trace the roots of their creation and design, and explore how these elite troops from a galaxy far, far away have been depicted in movies, cartoons, comics, novels, and merchandizing.

Filled with photographs, illustrations, story boards, and other artwork, this lavish officially licensed book comes complete with removable features, including posters, stickers, replica memorabilia and more, making it an essential keepsake for every Star Wars fan, as well as military, design, and film aficionados.

The book is available now. You can buy it online at the following locations: Amazon, Barnes and Noble, and Indiebound. Be sure to come back to Geek Girl Authority for more Star Wars fun.