Home » Games » Tabletop Games » In The Name Of Odin! – That’s Quite A Longboat You Have There

In The Name Of Odin! – That’s Quite A Longboat You Have There 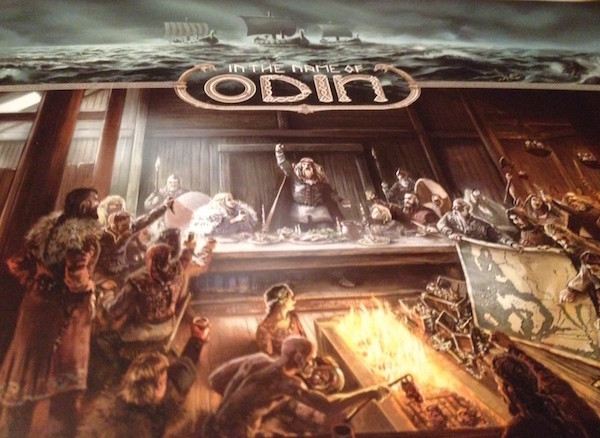 My weekly-ish gaming group has a hard time agreeing on what we will play when we get together. Several of the guys are Kickstarter addicts who back a lot of stuff – more than we can actually play – and there is often some analysis paralysis when it comes to choosing just one to play. We were having our usual troubles yesterday, when two of our group announced that they had just received their Kickstarter copies of In The Name Of Odin (which I had never heard of). Somehow the Norse gods shined upon us all at that moment, and there was a surprisingly quick decision that we would try it out that very night. (What?!) So we did. Like to hear about it? Here it goes…. 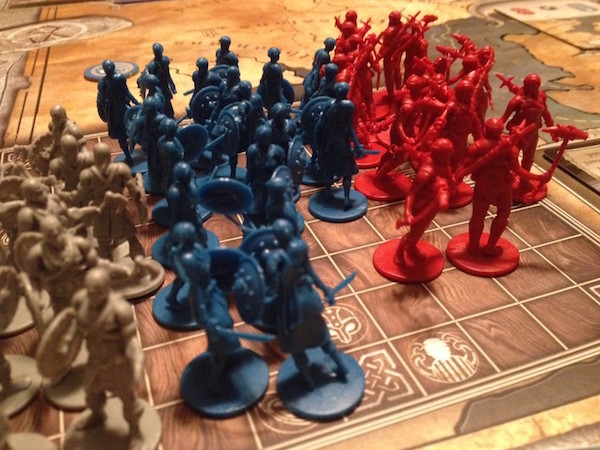 In The Name Of Odin is a Viking themed game designed by Krzysztof Zieba for 2-5 players and published by NSKN Games. Players take control of a village (in the form of a player board) and use a hand of six action cards each turn to upgrade the village with buildings, acquire viking soldiers, longboats, and heroes, and go on raids. The game plays quickly (around an hour) and is relatively straightforward rules-wise. The art is thematic and the game board is especially impressive. 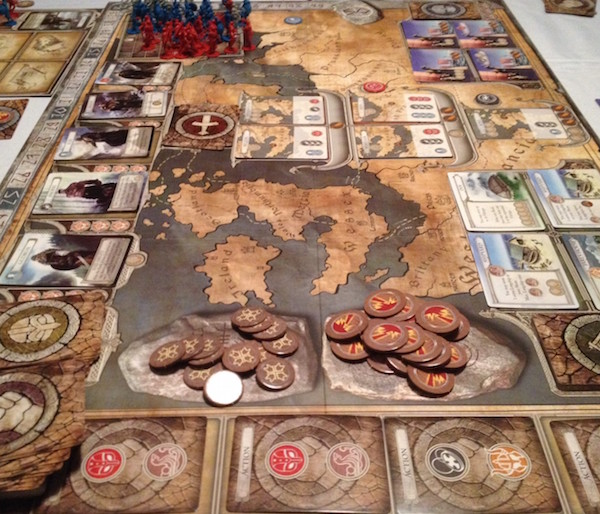 In the 3-player game we played, the score was pretty tight until the end, with a tie for second place and the winner finishing six points ahead. While we could not possibly have grasped all the best strategies in one play-through, this is a Viking themed game and raiding appears to be the main thrust of the game. Still, there were other victory points to be gotten with village improvements and ships you own at the end of the game. The cards you draw each round dictate most of what you can do, but you can mitigate their effects by exchanging cards with a face up card pool or using a special power from one of your buildings or heroes. 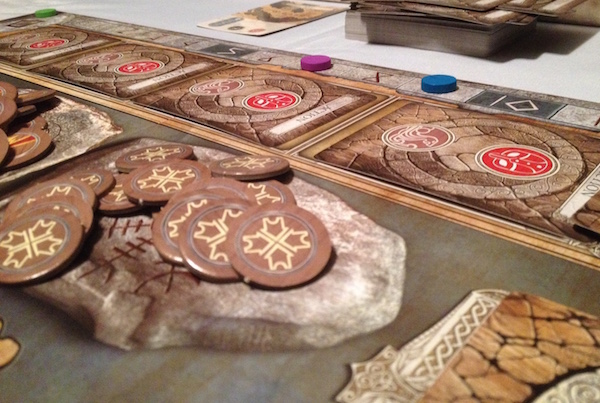 I cannot help but compare this game to another recent Viking game, Champions of Midgard. (My review of that game is here) While Champions relies heavily on dice rolling and worker placement, the goals are quite similar in both games – use your resources to go out and kill stuff for victory points. In Odin, the cards act as the random factor in the game, instead of the dice in Champions. Also, in both games you must deal with surprise obstacles each time you go on a raid. In Champions there are secret journey cards that cause unforeseen problems and in Odin there are the three unknown card symbols you’ll have to match from your hand to keep all of the raid’s victory points. In Champions, it can cost you the whole raid, in Odin it is just an annoying victory point thief. 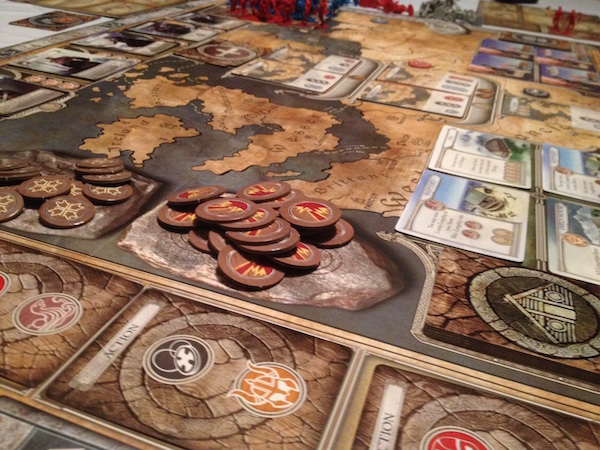 In conclusion, before yesterday I had not heard of In The Name Of Odin. But now that I have gotten the chance to check it out, I find myself wanting to play it again, which is a good sign. I am looking forward to fleshing out the strategy a bit more to see if it holds up over several plays. It would be nice to have an epic style Viking game that slides into the 45 minute play time range. If you like the Viking theme, I would definitely check this one out.

Thanks for reading. And keep on nerding on!

RELATED: Champions Of Midgard – A Jarl Among Worker Placement Games