Halloween is almost upon us, my ghoulish friends. If you’re anything like me, you had your broomstick and cauldron at the ready the moment the clock struck midnight on October 1st. Well, more like 11:59pm on September 30th. I’m nothing if not punctual.

Now, my favorite ways of indulging in this most sacred time of year can range from donning spooky apparel to watching my favorite Halloween flicks. However, I’m a self-diagnosed TV addict at heart. There’s nothing I love more than a good Halloween themed television episode. Comedies tend to cater to the “themed” trend more so than genre, but all the same, it’s all in good fun. Here I’ve compiled a list of my favorite Halloween episodes, in no particular order. Mostly of the comedic nature, with a smattering of genre sprinkled in between. Peruse and proceed to binge. Get into the spirit of the season. 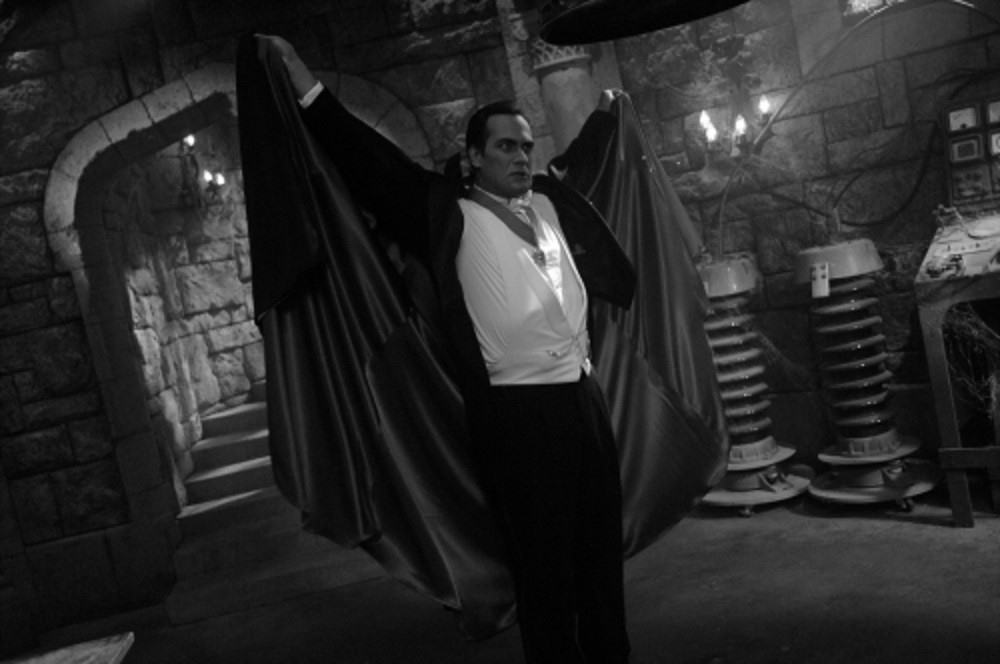 Supernatural is really a show steeped in perpetual Halloween, but the episodes where they embrace it are the best. “Monster Movie” takes every Halloween trope and puts them on display. Our favorite hunters Dean (Jensen Ackles) and Sam (Jared Padalecki) face off against a demon shapeshifter. Said demon has a penchant for impersonating famous horror characters. Dracula, The Wolfman and The Mummy to be specific. Not to mention, the episode was shot in black and white, giving it that classic horror movie vibe. If vintage horror is your thing, look no further than this Supernatural gem. Maybe let shotgun pick the music this time… 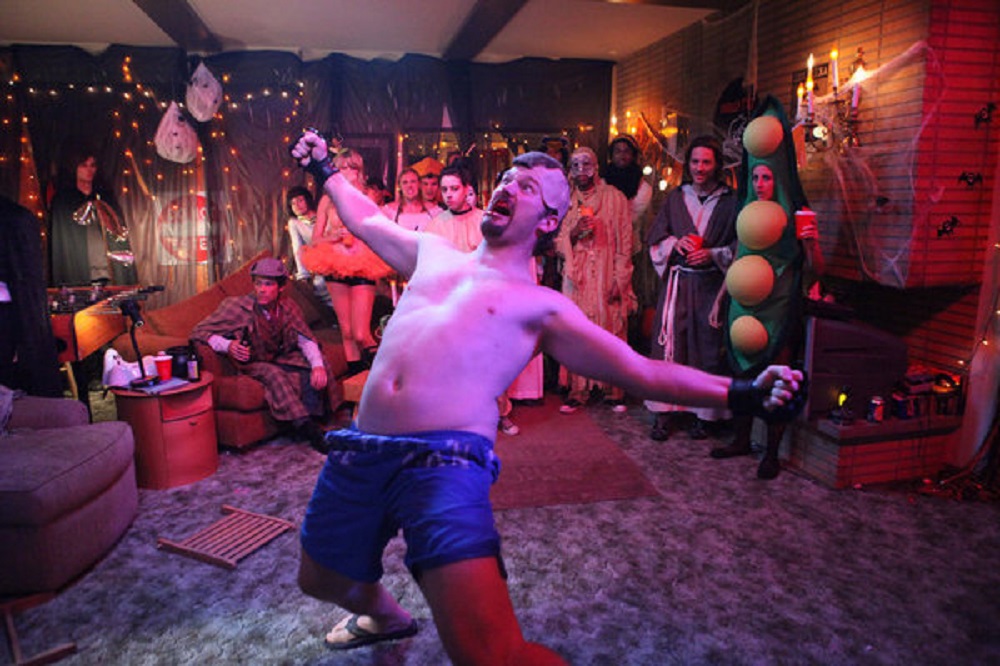 Pictured: Chris Pratt as the lead singer of the famed Mouse Rat.

Now, Parks and Recreation also had a Halloween episode in their fourth season. Andy (Chris Pratt) and April (Aubrey Plaza) throw an impromptu Halloween shindig without Ben’s (Adam Scott) knowledge. Meanwhile, Leslie (Amy Poehler) and Tom (Aziz Ansari) attempt to garner votes for the Knope campaign amid the business community. Andy and April’s Halloween party is what you’d expect from the couple: pure, unadulterated debauchery. Parks and Recreation has a signature dry humor that appeals to my own dry humor. And if you love watching your favorite TV characters dress up and interact in a spooky fashion, then this episode is for you. Let the comedic shenanigans commence. Treat yo self! 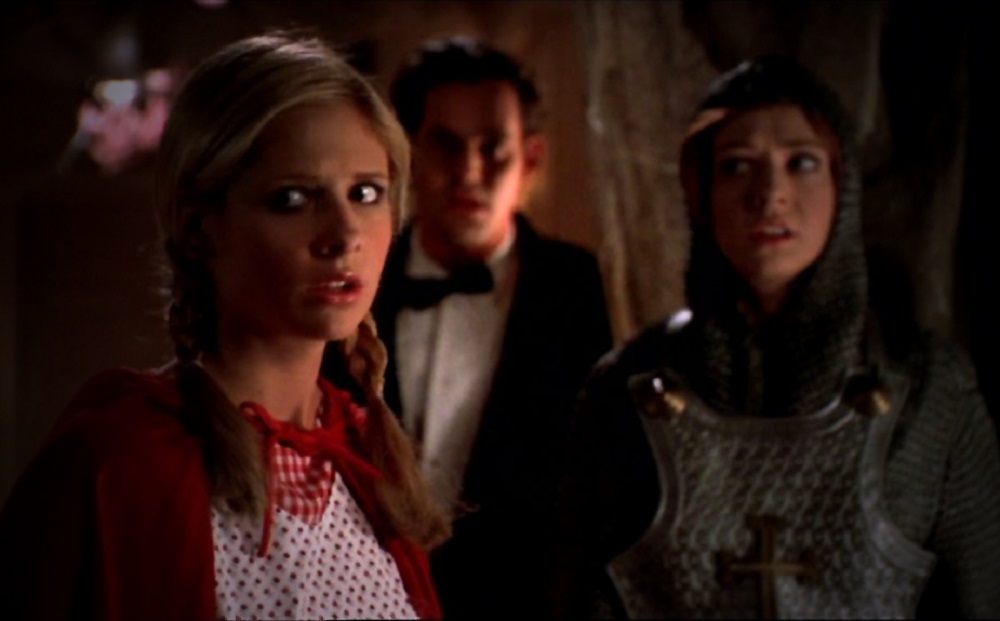 Okay, so it must be en vogue to have Halloween themed episodes in a show’s fourth season. Buffy the Vampire Slayer is another series that encapsulates the creepy and the spooky, while still maintaining that Joss Whedon wit we so love. “Fear Itself” finds our Scooby Gang trapped inside a haunted frat house where bats, zombies and demons await them. Imagine waltzing through a haunted house on Halloween, only to discover everything within is completely real. Thankfully, our Buffy (Sarah Michelle Gellar) is fully equipped to handle the supernatural. “Fear Itself” has it all – horror, comedy, romance, action, drama. It’s just solid, typical Buffy the Vampire Slayer. Like chicken soup for the soul. Just be sure to keep your stakes as sharp as your punch lines.

RELATED: The Best Halloween Movies of the ’90s 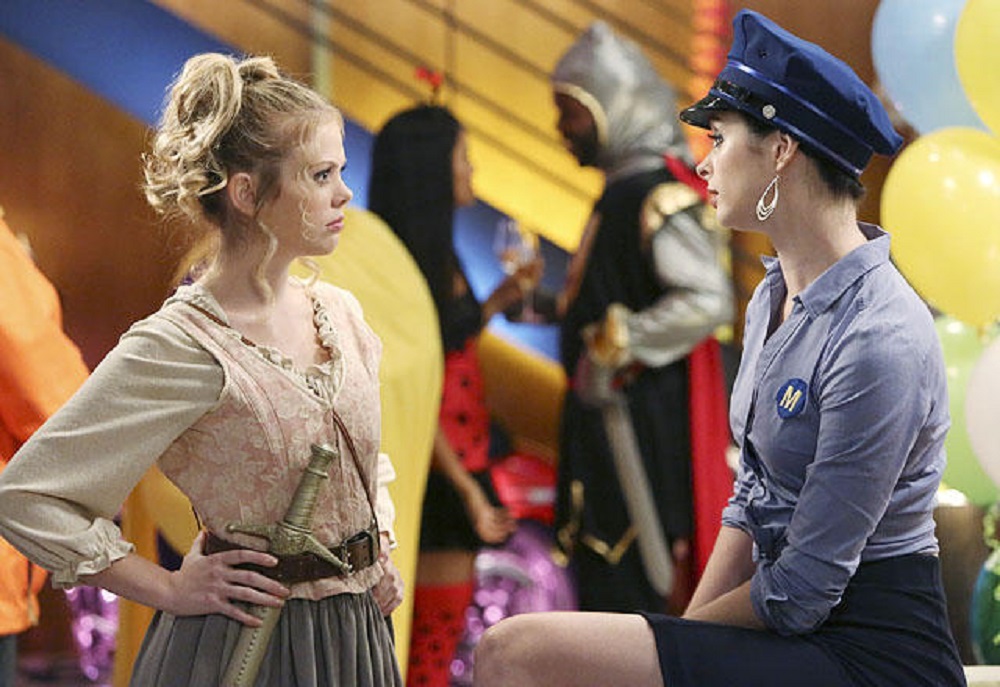 Now, I’m still heartbroken this little comedic gem was cancelled prematurely. That was five years ago. Don’t Trust the B—- in Apartment 23 was unabashedly funny, plain and simple. However, Krysten Ritter is now on to bigger and better things like being a Defender in the Marvel universe, for one. Anyway, “Love and Monsters…” contains another delightful Halloween party. We see Chloe (Ritter) go to Halloween bashes year after year, always targeting one poor soul and ultimately ruining their lives. However, the tables turn on her when she encounters Benjamin (Ben Lawson), who makes her a pawn in his own game. Chloe finds herself genuinely falling for this man as he makes her endure her worst fear: living in a romantic comedy. It’s eclectic and kooky, which is how I like my Halloween. 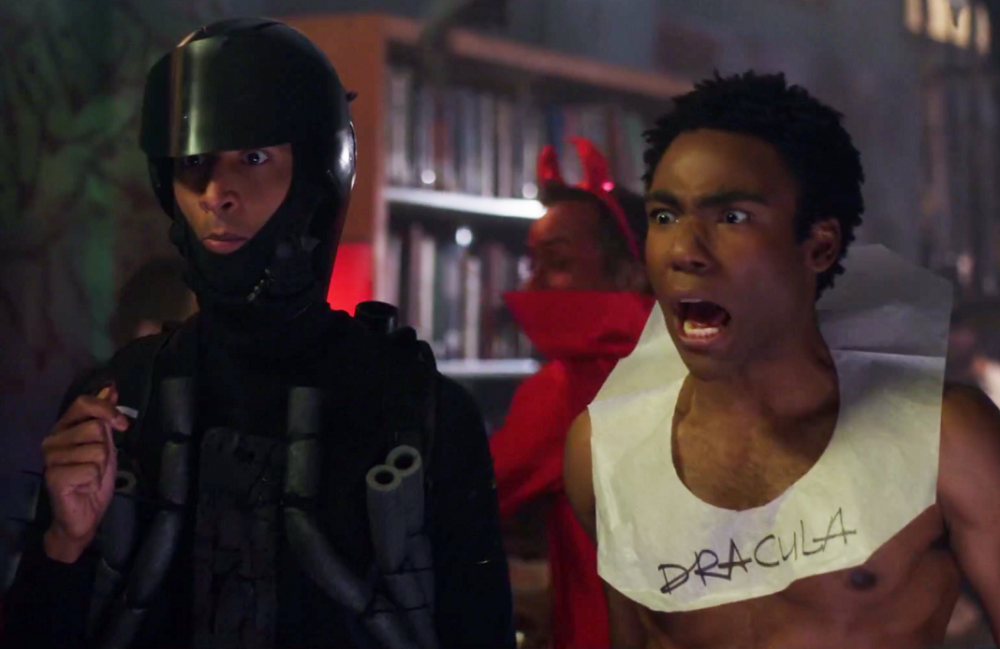 Do you love a good zombie montage scored to music by ABBA? Of course you do. Community hopped aboard the Halloween train with gusto. This show was always adept at themed episodes, especially holiday-centric ones. Dean Pelton (Jim Rash) leaves Greendale students to fend for themselves at a Halloween party when a rabies outbreak occurs. Said rabies outbreak takes root due to the tainted food supply. Thus, one by one, our study group succumbs to the outbreak via “zombie” bite. Get ready for a fight for survival set to such hits as “Mamma Mia” and “Dancing Queen.” Jeff (Joel McHale) quips aplenty and Britta (Gillian Jacobs) Britta-ing everything. Snappy dialogue that only Community can serve. Troy (Donald Glover) even saves the day in this one, as only Troy can – as a sexy Dracula dude. “Epidemiology” puts The Walking Dead to shame. 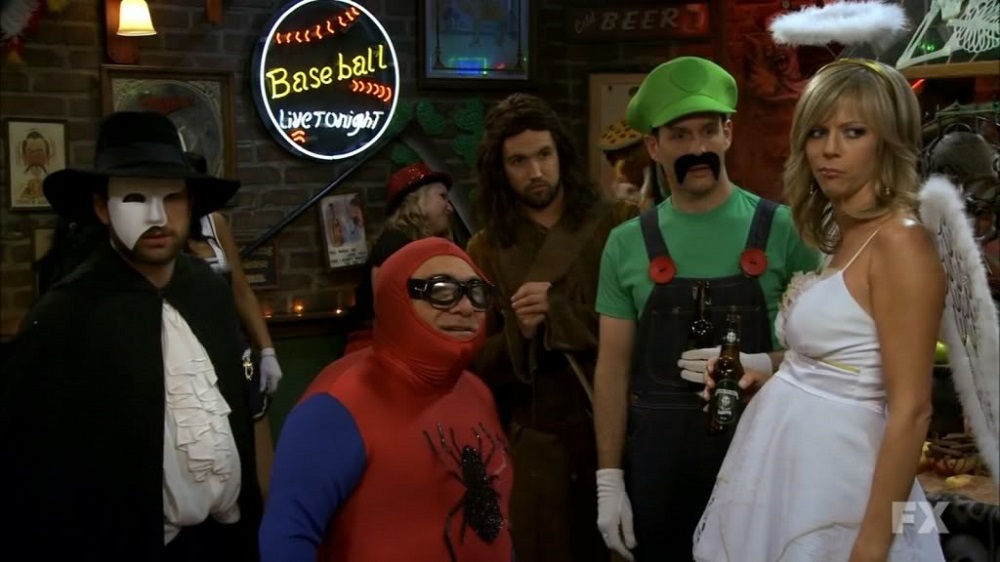 Oh, It’s Always Sunny in Philadelphia. You never cease to make me laugh till my face hurts. Our Paddy’s Pub gang gets festive in this Halloween episode, where they get a real “scare” after discovering Dee’s (Kaitlin Olson) pregnant. Now, they must recount the events of that fateful Halloween night to determine if one of them might be the father. We see each of the male characters recall the Halloween party at Paddy’s from their perspective. Thankfully, neither Dee’s twin brother Dennis (Glenn Howerton) nor her own father Frank (Danny DeVito) are a match. That would be too twisted, even for this show. As per usual, the episode is peppered with Sunny’s signature brash humor. If you love laughing at the absurd and a good mystery, then look no further. Also, the father is not who you think it is…

Well, that’s all I wrote! My hope is you binge watch all the televised Halloween goodness you can get your hands on. That’s what October is for. Maybe you’ll discover your new favorite show from this list, or relive cherished ones. Have any favorite Halloween themed TV episodes that didn’t make my list? Be sure to blast them off in the comments below. Now, if you’ll excuse me, I have to go channel my inner spooky.

This article was originally posted in 2017.

In #TheBadBatch's second episode, the group finds themselves on the run and they seek out help from an old friend. Check out our recap to stay up to date on the action!