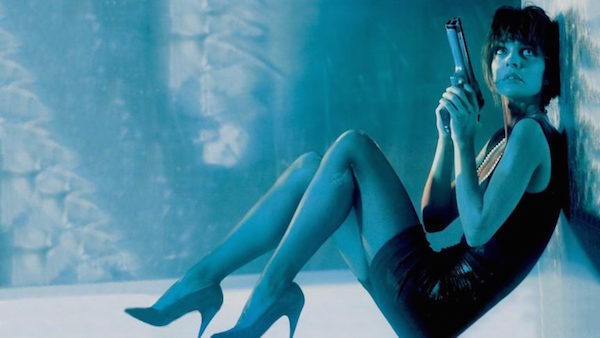 Do me a favor, this will only take a second. Read these movie titles, and as you do, close your eyes and picture the movies in your mind:
Total Recall
Footloose
Psycho

Did you conjure up images of Colin Farrell and Jessica Biel in a flying car? How about Kenny Wormald dancing his way into Julianne Hough’s heart? Or Vince Vaughn attacking Anne Heche? C’mon, it was Schwarzenegger, Kevin Bacon and Hitchcock, wasn’t it? You’d be technically ‘right’ either way, but there’s a reason your mind doesn’t lock onto the remake: Your brain and heart aren’t being won over by the artistic expression of a filmmaker. 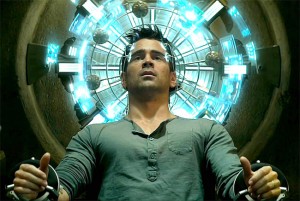 In most cases of a remake, you’re being subjected to the cynical trappings of a money-grab. And despite the sad corpses of failed remakes that litter the ground in Hollywood, if ONE hits big, then it’s open season to greenlight more…

There have been so many movie remakes over the century-plus time film has been with us that Wikipedia had to split the page listing them into two separate pages (A-M & N-Z), with ninety-three reported remakes currently in the works. They’re big business, mostly cashing in on nostalgia to win ticket sales.

I’d be a fool to launch into this article without acknowledging the remakes that have really worked and will do so before I wrap things up, but first I want to get to the bottom of…the bad ideas. 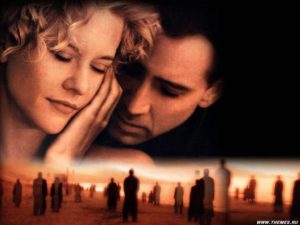 It’s bad enough that Bernie Sanders calls us (the United States) out (correctly) that we’re no Norway, Sweden and Denmark when it comes to providing free education and health care to our citizens, but for years we have failed to match foreign countries when conjuring up American, English-language versions of their best films. Calm down, I said their best films. I know there are hundreds of Bollywood and animé films that simply won’t translate to American audiences, but the idea that we must have a story relayed to us in English seems short-sighted by the studios-that-be. However will the story of Wings of Desire connect to audiences in the U.S. without Nicolas Cage and Meg Ryan? See, when I put it that way, now you’re insulted.

You should be! When Hollywood says there’s no way you’ll get or enjoy La Femme Nikita unless it’s in English (and has Bridget Fonda), that’s an slam against your sophistication as a filmgoer. I’m fully aware of the type of movie watcher being pandered to here. They sit on all sides of me at the AMC Universal CityWalk Stadium 19 on their phones. Not exactly sophisticated. But dumbed-down remakes aren’t helping matters, and aren’t uplifting the average filmgoer IQ. 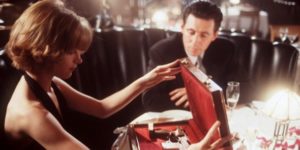 Most films made overseas that catch the attention of Hollywood are great, starting studio execs down the path to “wanting in on that”. But usually there is some level of class or complexity to the film that first inspired the American moviemakers that gets lost in translation to English. The stories are challenging, complicated and have ambiguity – that is the first thing to go when bringing it to the states. The quest is rarely to make the best movie possible, but instead to forge a plan to make the movie as marketable as possible to a wide audience (i.e. – one with expendable income).

Let’s go back to that Bridget Fonda movie, the American remake of La Femme Nikita – Point of No Return. It came out three years after Nikita, told the same story, just with less stylized action sequences than the original, and it grossed a paltry $30 million at the box office. Overseas, however, the original La Femme Nikita, a foreign film that already has Americanized action movie size and sensibility, grossed $42 million, so…that’s a failed experiment and they should have just given a wider, more confident release to La Femme Nikita. Why NOT do that? The assumption is that it’s in French and oh yeah, Americans are dumb. Man, I’m tired of hearing that.

MOST NOTABLE TIMES IT DIDN’T WORK:, The Vanishing, Godzilla (1998), Swept Away, Diabolique and the above-mentioned films.
MOST NOTABLE TIMES IT DID: The Departed, The Girl With the Dragon Tattoo, The Magnificent Seven, The Birdcage, True Lies.
To recap, when it comes to American remakes of foreign films, they can’t all be good, they just mostly can’t be good.

I think passage of time has something to do with it, if you examine the trend. It seems like once you hit the thirty-year mark, it MAY not be a horrible idea to look at an old property for a remake (if you’re all out of other ideas, which doesn’t seem to take long). This has been proven with films such as The Fly, The Nutty Professor,Dawn of the Dead, True Grit, Ocean’s Eleven, The Thing and Father of the Bride. Two more points about this: 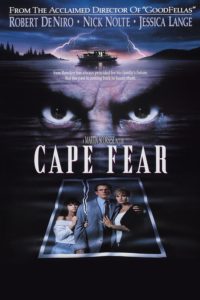 – Cape Fear is an especially good remake because it wasn’t just remade, but there was great care taken with the script to update it for modern audiences. Nick Nolte’s lawyer wasn’t so straight-and-narrow and his daughter wasn’t so innocent, reflecting the truth about complicated families and legal issues that the 1962 film didn’t address (note: between this and The Departed, just get Scorsese to direct your remake and you’ll already be off to a good start). 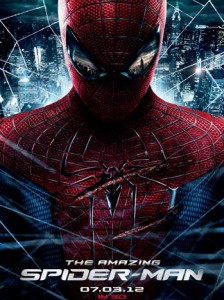 – The Amazing Spider-Man (2012) was a hit because people want to see a Spider-Man movie. But it’s not going to go down in history as a great film (I think there is a general “meh” about this film from moviegoers) because we just saw virtually the same origin story ten years previously. Wait it out…it seems to work. Superheroes can wear out their welcome if they repeat themselves too frequently. Do we need to see Bruce Wayne’s parents killed again? No.

Continuing with trends, it also seems that some remakes involve properties so old, they get a pass – Alice in Wonderland, Cinderella, Robin Hood, King Kong and horror movies like Dracula, The Mummy (which is getting rebooted again), The Wolfman and more. These are remade ad nauseum, mostly to big success and little fan backlash.

The most cynical remakes I’ll save for part two of this remake once-over…or twice-over. With that content looming, I’ll leave on a positive note – remakes that they SHOULD develop: 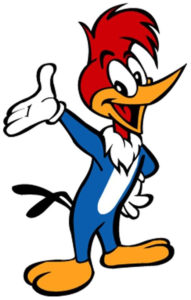 – Woody Woodpecker. He’s still a popular walk-around character at Universal Studios Hollywood yet I can’t imagine there’s one child who has seen any Woody cartoons. He’s due for a CGI reboot from Illumiation or something, he’s a real edgy troublemaker that kids will relate to. Plus, this may be out-of-category because there may have never been a full-length Woody Woodpecker movie yet! (just television shorts)
– Flash Gordon. I don’t think the Sam J. Jones/Max Von Sydow classic is all that untouchable. It remains a legend more for cheese factor than anything else. I think TV took a pass at reviving this sci-fi series, but a hi-tech, modern film go at it is overdue.
– The Black Hole. Speaking of sci-fi epics mired in the FX of the ‘70s, this Disney property could use another go-round in the right hands. Not whoever made theLost in Space movie, but whoever made TV’s Battlestar Galactica.

In the shadow of a pointless remake of Point Break, which is no longer about surfing yet retains a title that is a surfing term, I’ll delve into the more contemptuous remakes in Part Two.