Oscar Nominee Movie Review – THE THEORY OF EVERYTHING

THE THEORY OF A NICE, NEAT, PROPERLY PUT-TOGETHER PACKAGE

Movie Review – “The Theory of Everything”
Review by Ray Schillaci

It took me a long time to mull over this one. “The Theory of Everything” has all the earmarks of a prim and proper British production: impeccable acting, soft cinematography, lithe musical score and a sturdy heart-tugging story told by a strong director. Is it manipulating? At times, it attempts to be. Does it accomplish everything it set out to do? Perhaps. Do we end up caring? Depends on the audience. 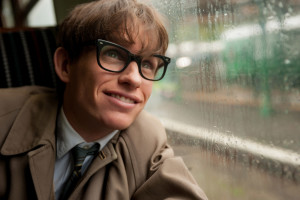 Some will be swept up by Eddie Redmayne’s performance as Stephen Hawking, the brilliant theoretical physicist struck down in his prime by ALS. Many women will admire Felicity Jones’ turn as Jane Hawking, the loving and dutiful wife who went above and beyond to stand by the man she loved and admired. But I found myself left cold by the production as a whole as if it were almost all fine window dressing.

There’s a great story out there about Stephen Hawking, but one cannot help but feel that “The Theory of Everything” merely skimmed through it. And, perhaps the fault lies in the material itself. It’s been watered down. For this was intended (by the studio powers that be) to be a love story against all odds brought to the screen. And, in that aspect the makers mostly succeed. But this was taken from Mrs. Hawking’s book, and it’s actually her story (with her husband). It’s also been removed of any terrible wrinkles and warts that would make it far more interesting. 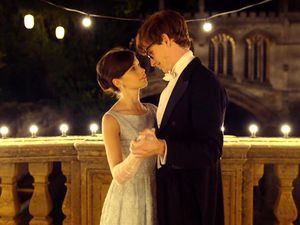 The tale unfolds with precision in Cambridge where Stephen is working on his Ph.D and Jane is majoring in Romantic Languages and Literature and they meet at a party. It’s a weird pairing, and perhaps it’s a text book version of how opposites can attract. She is refined, and he is incredibly awkward and eccentric. This extreme pairing even goes as far as pointing out that Jane is a member of the Church of England and Stephen is an atheist.

Stephen juggles wooing this young woman in his life while trying to impress his tutor (David Thewlis, who slips quite nicely into a less crankier version of Remus Lupin from the Harry Potter franchise). Their lives take a dramatic turn when Stephen discovers he has Lou Gehrig’s Disease and is told he has two years to live. He goes into an immediate emotional spiral downfall. But it is Jane who refuses to give up and insists on continuing their lives no matter what obstacles lay before them.

It’s Stephen’s struggle with his disability and Jane’s stamina and strength that are the forefront of the story. Hawking’s genius is a backdrop and is given to us in relatively spoon-fed examples. We see his rise in the scientific community but it’s given in cliff note fashion. 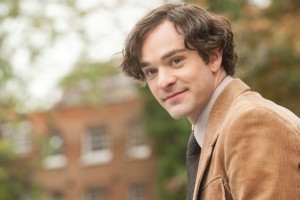 Eventually, the Hawkings get married and have children, and Jane is in dreadful need of help with Stephen with his debilitating condition. A kind Choirmaster (Charlie Cox in a touching performance) comes into their lives and offers assistance which only brings more strife with rumors running rampant. Those rumors peak when Jane has her third child and many wonder if Stephen is actually the father.

The Choirmaster decides to respectfully bow out of their lives and it does not help that he does have feelings for Jane and she feels the same. Meanwhile, Stephen succumbs to a near death experience that only makes Jane’s caring stronger, and she insists on an operation that will take his voice while there is no guarantee that he can pull through. He does, but not without being very adamant about losing the power of speech.

Jane works tirelessly with trying to communicate with her husband, but he appears despondent and unwilling to cooperate. She apparently goes through a string of social workers, but we never see this. Just as we never see the anger Hawking must have experienced or bitterness. What we do get is the final social worker that can get him out of his shell, and also happens to be very attractive. Stephen finds himself with a new muse and writes his most notable book “A Brief History of Time”. 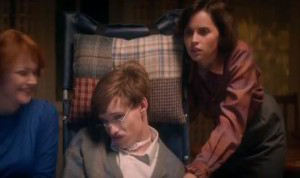 By now, some of you may think this all boring, and may avoid this all together. But I will defend the production for it is far from boring. But it is also far from thrilling. It does not manage to reach the heights that it aims for. Even with Redmayne’s contortion-like performance, the film never ceases us like Daniel Day-Lewis in “My Left Foot”. Eddie Redmayne delivers the Stephen Hawking that the producers and director have requested; a “broadly true” version as Mr. Hawking himself stated.

I do have one other serious gripe, and that is with the sound mixing. Some of us have difficulty with accents, and when coupled with overpowering music or noise it can be very hard to understand what everybody is saying. This is a perfect case in point with this production. The first third of the film seems to be mired with a poor sound mix. I thought it was the theater at first, thus one of the reasons I held back writing my review. But after recently being invited to see a screener I found that I was not the only one having a hard time with the dialogue.

“The Theory of Everything” is worthy of many of its accolades, but capturing what really took place (that would have been far more interesting) is not one of them. Once again, a trophy-like production conducted with care an admiration with a sure hand by James Marsh, great acting and beautiful cinematography. I only wish it had wowed me like Professor Hawking’s theories.