Sometimes a movie comes along showing nothing but hype and promise. From the trailer, the marketing and down to the performances The Snowman looked like an interesting (and terrifying) October release. Unfortunately, while the movie brings some great pieces to the puzzle, they just don’t seem to fit together.

The Snowman follows alcoholic police detective Harry Hole (Michael Fassbender) as he works to take down a serial killer terrorizing the women of Oslo. Along the way, he partners with Katrine (Rebecca Ferguson), a police woman with a shady past. Will they successfully solve the disappearances?

The Snowman comes from a talented creative team, led by director Tomas Alfredson. Meanwhile, the screenplay boasts a number of equally talented writers, bringing a plethora of different voices. Peter Straughan is credited on the quirky Michael Fassbender vehicle Frank, as well as the interesting Men Who Stare at Goats. Writer Hossein Amini brings more of an action aesthetic, writing on films like Drive, 47 Ronin and Snow White and the Huntsman. The story comes from a novel by Jo Nesbø. With so many names on such a complicated story, could this be a case of too many cooks?

The film finds itself plagued by pretty poor reception, and most of its struggles seem to be in its structure. Alfredson went on record in recent weeks stating how rushed the production became. In fact, he’s quoted saying that the crew didn’t get to shoot almost fifteen percent of the script. At points, the missing pieces do feel very noticeable. Scenes throughout the film are plagued with massive transitional gaps. As such, the very procedurally based crime film struggles to string together the clues. In one moment, we see Hole passed out on a street-corner. However, in the very next shot, he’s sitting in a cafe across from Katrine, fully recovered. How did he get there? Massive leaps like this leave the audience grappling to put together the pieces in their own heads and can drastically pull them back from the story.

The film is cruelly structured, though much of it likely seems by design. The story is packed full of red herrings. As a director, Alfredson is not afraid to tell a complex narrative. In fact, two of his best known works are Tinker Tailor Soldier Spy, and Let the Right One In, not easy films. While this can produce a masterfully compelling story when done right, it also can alienate viewers. In fact, much of The Snowman‘s second act pulls you into a particularly interesting angle on the narrative, only to have it quickly and cruelly change direction at the beginning of the third act. To make matters worse, this happens just when the audience finds themselves growing emotionally attached to certain characters.

Thelma Schoonmaker is the editor credited on The Snowman. Schoonmaker is a legend in the editing field, having come up alongside director Martin Scorsese.  She’s taken home three Academy Awards for her work on films: Raging Bull, The Aviator and The Departed. While Martin Scorsese is billed as an executive producer on this film, the presence of the lengendary editor on a non-Scorsese directed picture begs the question, what did this film look like before it hit the editing room?

However, the film does manage to piece together a compelling and tense story. At no point did I feel my attention starting to wander. Despite the film’s struggles with structure, it manages to keep a riviting narrative. The mystery aspects of The Snowman felt particularly well-paced. Our first introduction to the killer is legitimately creepy, as the first target is hit with snowballs from an unseen thrower. Furthermore, the film manages to make an ordinary snowman at the first crime scene uncomfortably frightening.

Furthermore, the film does a stellar job capturing the bleakness of its Scandinavian landscape. The world around our characters is desolate and bleak, much like this story. While much of The Snowman takes place in the center of Oslo, the movie seems at its best in the bleak, but brutal Norwegian countryside.

The performances in the film are also solid. Michael Fassbender gives a characteristically stoic performance, managing to be believable and interesting as Hole, despite the amount of time he spends sleeping. Fassbender is an actor who continually finds himself just on the cusp of excellence. It seems the strong role necessary to win him the Oscar he richly deserves just manages to keep elluding him.  Meanwhile, a few performers seem do under-utilized, particularly Rebecca Ferguson and J.K. Simmons (in a role which feels strangely timely). A note to directors out there: if you can get J.K. Simmons in your film, use him! Finally, keep an eye out for a stunning performance from Val Kilmer. It’s a bit difficult to spot. 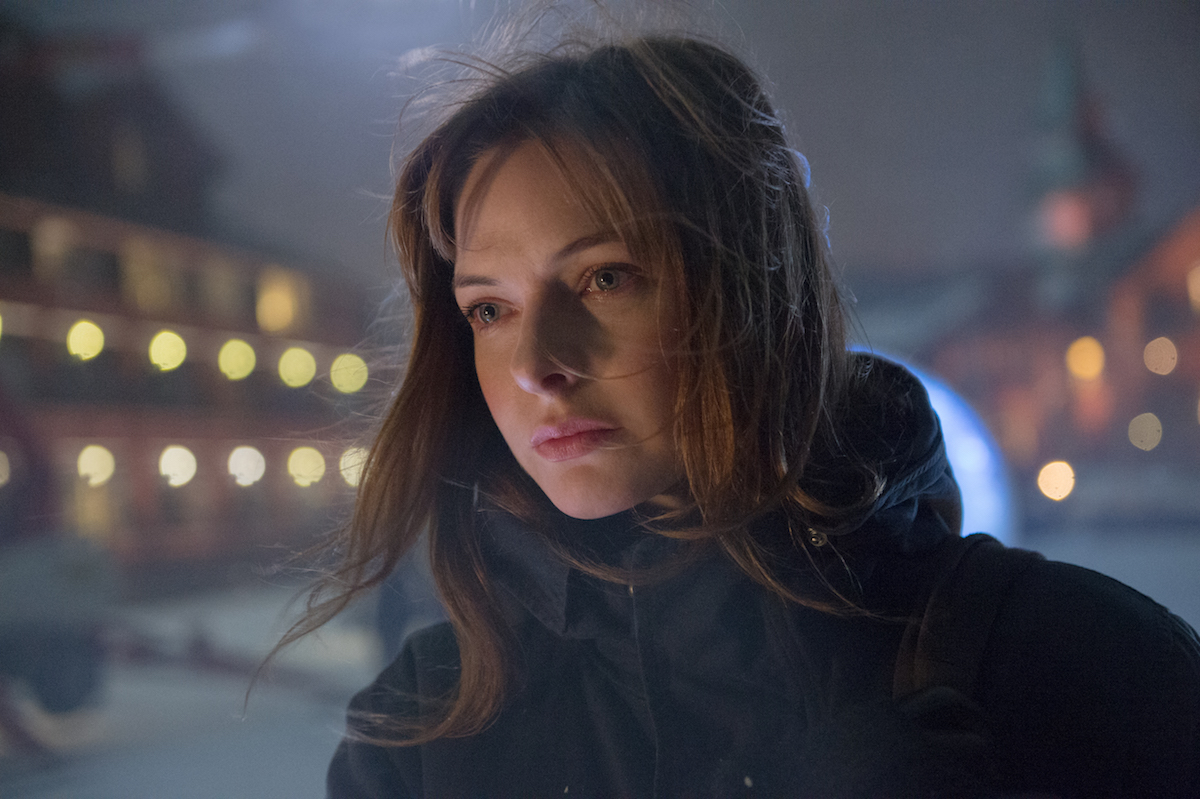 The Snowman proves itself to be a frustrating film. There is a lot of good stuff on screen. The story is interesting, and it looks absolutely amazing. However, the flaws really hamper any success there could be. With everything going on, this could have been a truly great movie… missed potential is so frustrating.

The Snowman opens in theaters around the country Friday October 20th.