If you’re looking for a feel-good, easy-going, buddy-movie, this is not it. If you’re wanting to sit back, watch explosions, enjoy a little gun-fight, and see classic Samuel L. Jackson alongside a Deadpool-channeling Ryan Reynolds, then The Hitman’s Bodyguard is what you need.

Thanks to AMC Stubs Premiere and Gofobo, I was able to see a pre-release screening of the action comedy and, in short: WOW!

The Hitman’s Bodyguard starts off with opening credits that are reminiscent of a James Bond film. This just makes the mundane tasks of waking up and getting ready for work seem not so monotonous. It also immediately sets the tone of the film, in case you hadn’t seen any of the trailers. Ryan Reynolds is Michael Bryce, a “triple-A rated Executive Protection Agent” (aka bodyguard) to the elite. If a person has money, they can be a client, no matter who they are or what they do; they want protection and Michael is their man. He is proud to say he has never lost a client to something preventable.

Michael finds himself called upon by Interpol Agent Roussel (Elodie Young) to protect a witness in transit from a safe-house in England to the Hague to testify against a tyrant dictator (Gary Oldman). The witness is Darius Kinkaid (Samuel L. Jackson), an imprisoned hitman for hire. Darius has his own code and chooses which jobs to take based on this code. During his travels and work, he has crossed paths with Michael multiple times, targeting the bodyguard’s clients. Darius has also had dealings with the man on trial and his testimony is the last hope for a guilty verdict. Michael must ensure that Darius arrives to the Hague on time, alive, no matter how much Darius protests or tries to escape. 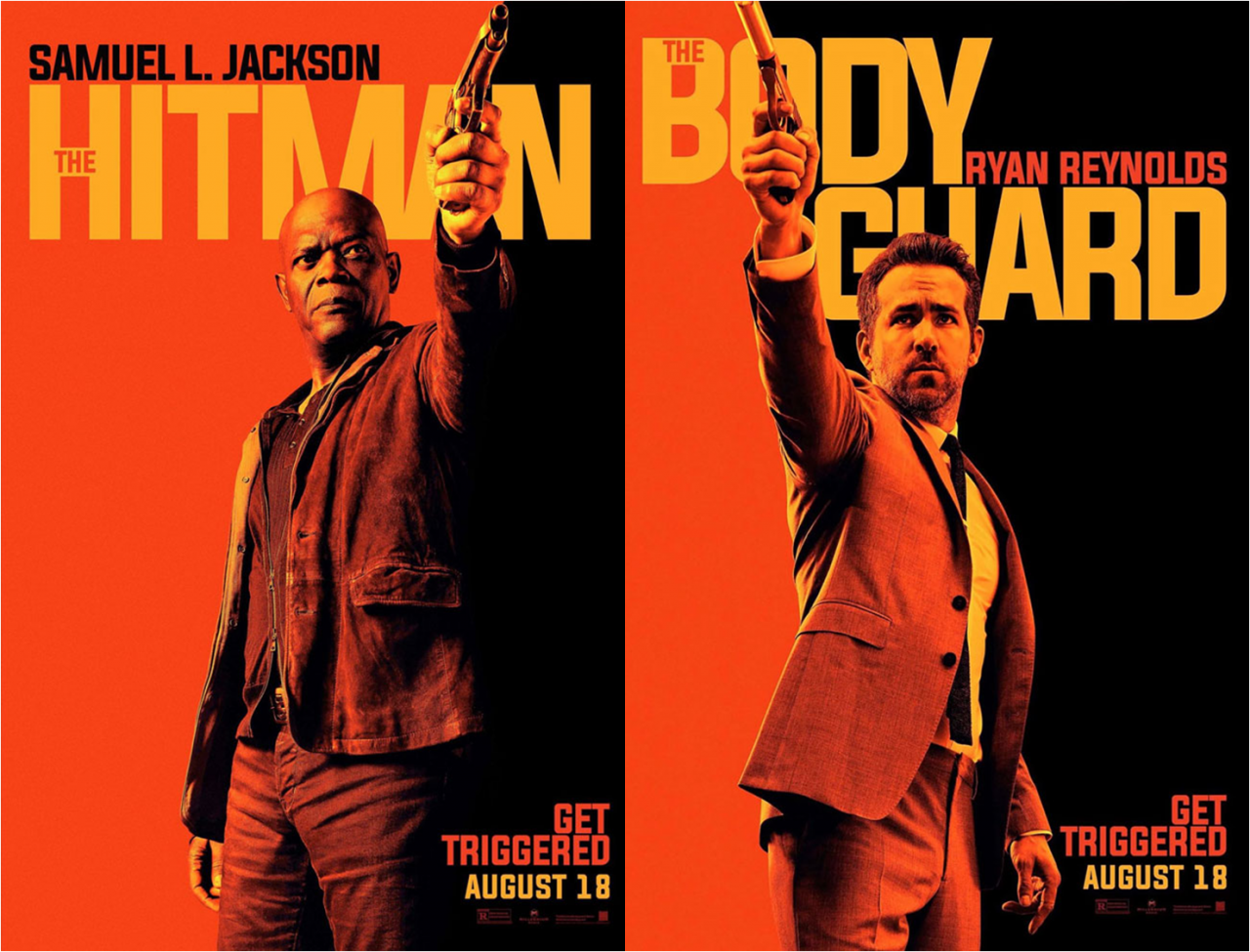 Darius has only one weakness: his wife, Sonia, who is a foul-mouthed waitress from Mexico (Salma Hayek) with the same temperament and attitude on life as her husband. Their unconventional love provides a nice cushion to the action heavy scenes, all of which are balanced perfectly with the comedic interplay between Reynolds and Jackson. Darius also uses his relationship with Sonia to help Michael find peace with his own life, which is not as perfect as it once was. Would you take advice on love from a hitman?

Speaking of relationships, these two actors are phenomenal together. As proof, there is a complete scene that is 100% improv (as reported by the Hollywood Reporter) and it completely works. Reynolds and Jackson share a chemistry that leaves you convinced the two belong together more on screen and that somehow Nick Fury needs to join Deadpool for a side adventure or two. 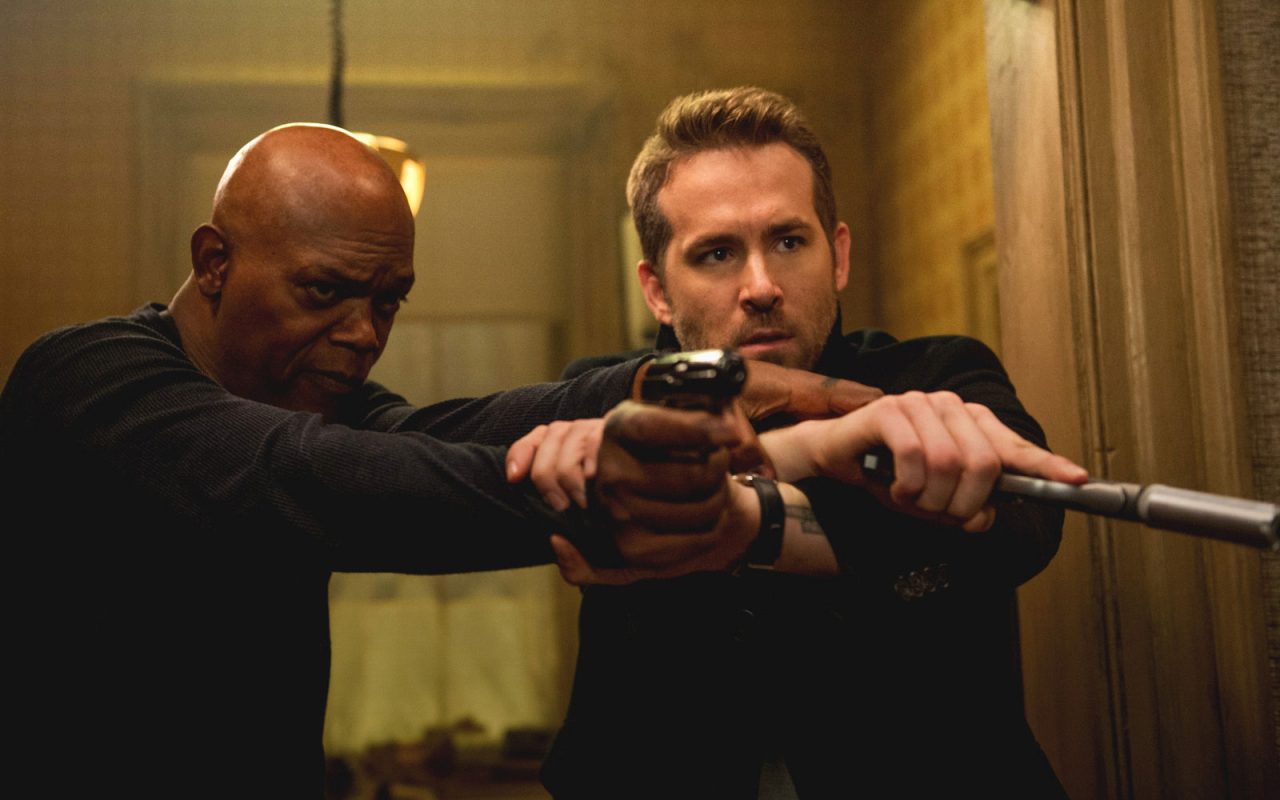 There is more to the movie than just the crashes and explosions and fight scenes. Even between the dialogue, Jackson and Reynolds bring their characters to life with their very expressive facial reactions – and sometimes non-reactions! I found myself watching the opposite character on screen in some scenes just to see how he would react – and it is all in character for that character.

I also need to mention Hayek’s role in the film. She is much more than just a supporting actress. She dominates when she is on screen and she matches Jackson every which way. They are a nearly a perfect pair – Reynolds just barely edges her out in that regard. 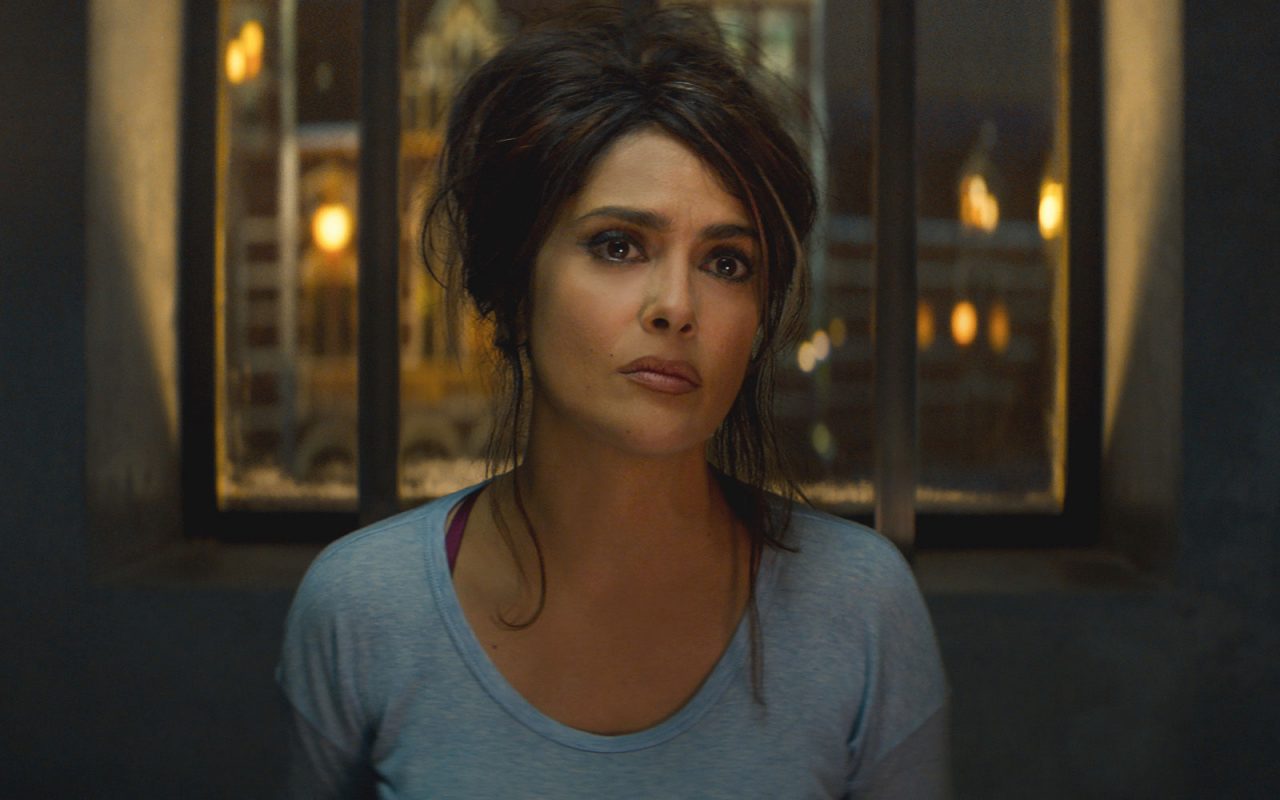 As for the story line itself? Is it believable? Eh, it is a fantasy world on the big screen. That said, it is fun and well worth the price of a theater ticket. There are laughs aplenty and enough explosions to qualify this as a well deserved hit summer action flick. Will I pay to see it again? Yes. In fact, I have already promised a girl’s night with a few friends!

A fun note:  As with Deadpool, the marketing on this film doesn’t take itself too seriously and the end result is a fun series of movie posters any collector will want.

About The Hitman’s Bodyguard:

The world’s top protection agent (Ryan Reynolds) is called upon to guard the life of his mortal enemy, one of the world’s most notorious hitmen (Samuel L. Jackson). The relentless bodyguard and manipulative assassin have been on the opposite end of the bullet for years and are thrown together for a wildly outrageous 24 hours. During their raucous and hilarious adventure from England to the Hague, they encounter high-speed car chases, outlandish boat escapades and a merciless Eastern European dictator (Gary Oldman) who is out for blood. Salma Hayek joins the mayhem as Jackson’s equally notorious wife. The film will be “hitting” your theaters on August 18.