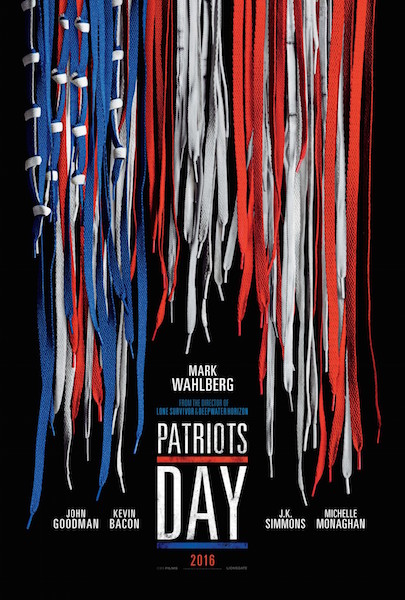 Peter Berg’s newest film, Patriots Day, is one of those movies that gets better as it goes along. It’s essentially three parts: The events preceding the Boston Marathon on April 15, 2013, the bombings that disrupted that event, and law enforcement’s response to the tragedy. Each one of these parts improves on the previous. 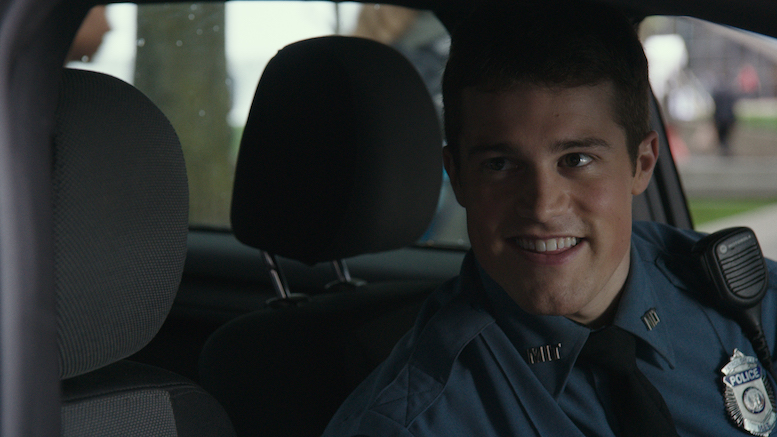 The pre-race sequences are successful in setting up characters from all over the Boston area – a couple who are going to be spectators at the marathon, a campus police officer flirting with girls at MIT, a plain-clothes cop who has no desire to don the reflective vest and oversee traffic control at the finish line and, in a bold move, the bombers themselves, the Tsarnaev brothers, watching terrorism videos and packing up their pressure cooker weapons. Giving personality to these terrorists is interesting because when it comes to real-life events, you want to simply regard them as inhuman monsters. Making them people works in many complicated ways. First, it seems a little cheesy when they ramble “death to America”-type lines to one another that makes them seem like bad guys in the TV show 24 as opposed to legitimate national terrorists. Secondly, it’s unnerving to see them as regular people. I see regular people all the time, and here Patriots Day has these brothers watching TV, playing with kids and running to the store for milk. They’re among us.

They’re also played to a degree of how they most likely were. Dzhokhar is a twenty-something, shiftless millennial who, based on his mopish demeanor, no doubt had to be strong-armed into committing the horrible bombing by his more aggressive brother, Tamerlan. It’s alarming to see the listless young Dzhokhar, who would probably rather be getting high and playing video games with his friends, sluggishly carry out this atrocity. 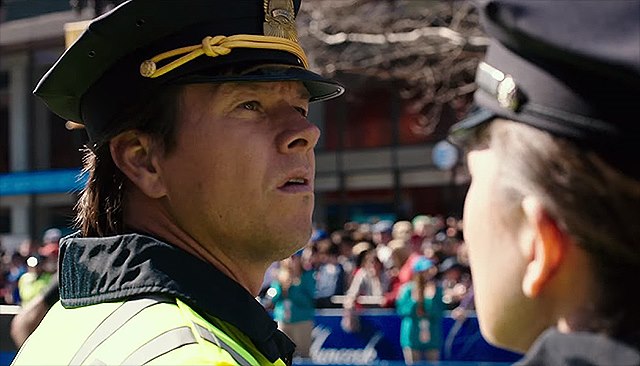 The top of the show also introduces Mark Wahlberg as Sgt. Tommy Saunders. Wahlberg did some of his best work in Berg’s Lone Survivor and Deepwater Horizon (a must-see from earlier this year). But as Patriots Day opens, I felt that Marky Mark was “putting on the Wahlberg” a little much, playing the part of a feisty cop as opposed to just authentically being one (there was more authenticity in his other Berg collaborations).

Then the bombing occurs and Berg pulls no punches in the noise, the scattered effect and the chaos. Re-creation of time and place is also impressive (There has to be some stock footage in there from the news and/or people’s personal video accounts of the day. If so, the footage blends perfectly). Berg and his team (inc. cinematographer Tobias A. Schliessler and editors Gabriel Fleming and Colby Parker, Jr. furiously whip through all these different mediums (include news and surveillance footage) to deliver the story at a breakneck pace. 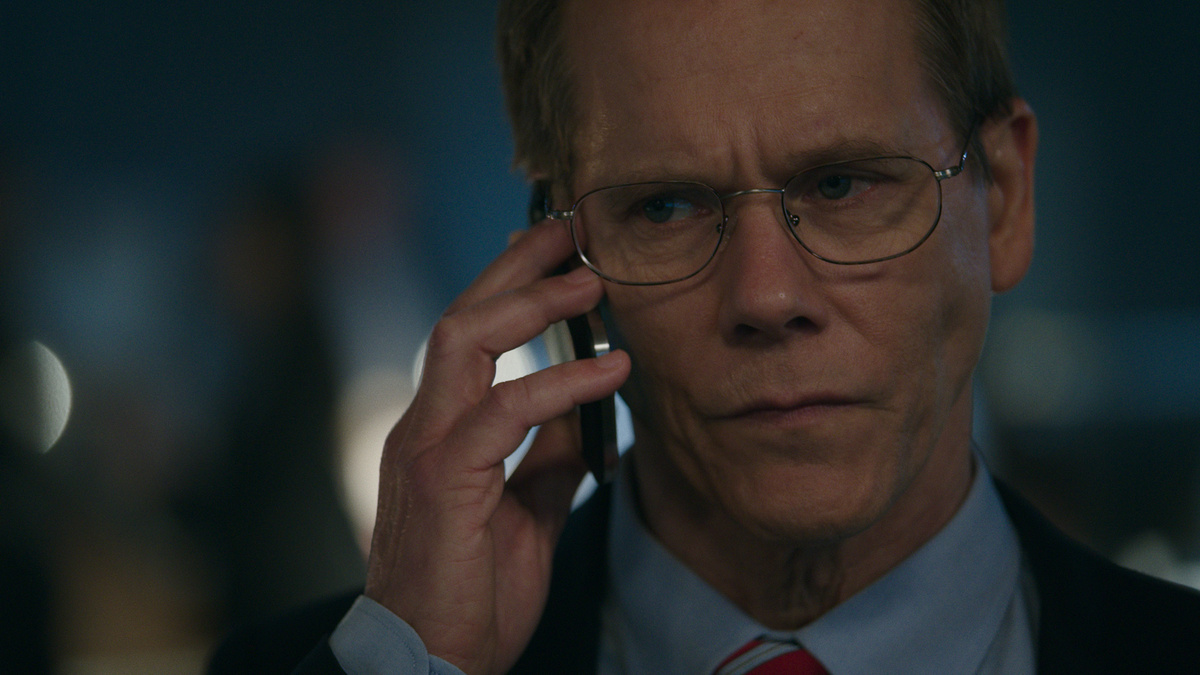 After the bombing, the rest of the film plays out as one of the better police procedurals in recent movie memory. The Feds show up, headed by Kevin Bacon’s Richard DesLauriers and they go to WORK. A fierce manhunt begins and everyone from the Police Commissioner Ed Davis (John Goodman) to Gov. Deval Patrick (Michael Beach), pooling forces and really living up to the phrase “Boston Strong”.

Staying with the film becomes the best choice you could make from here on out (the last hour and fifteen minutes), as everything gets better. The Tsarnaevs become desperate and deadly, Wahlberg gets comfortable, the score by Trent Reznor and Atticus Ross amps up the tension and the movie fires on all cylinders. And J.K. Simmons gets involved! Automatically, your movie is better. He plays Watertown police officer Jeffrey Pugliese, who joins the manhunt when it becomes a shootout in his suburb. This shootout scene is expertly staged – dangerous and visceral with the actors showing fiery passion as cops at their wits end facing off with the Tsarnaevs at their most unhinged (who, I should have mentioned by now, are played by Alex Wolff & Themo Melikidze). 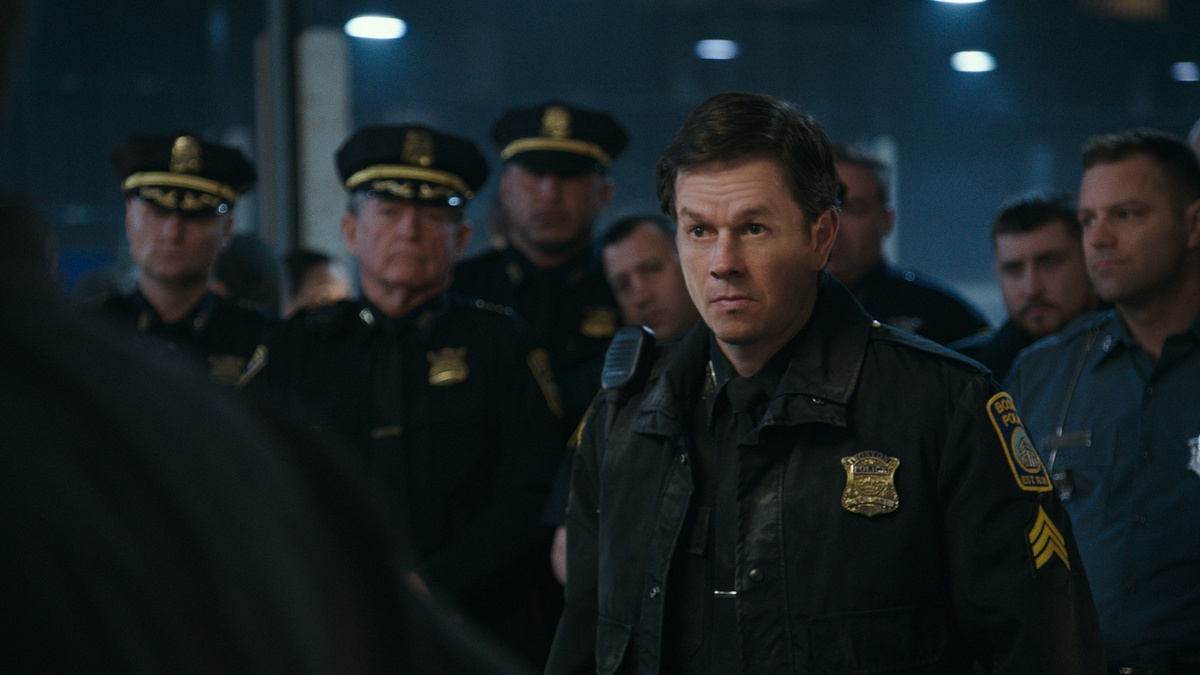 Peter Berg has had some ‘splainin’ to do. He came onto the scene as an actor, but his career may have peaked when he directed Friday Night Lights and the very underrated Middle East thriller The Kingdom. He then helmed the muddled Will Smith vehicle Hancock and the misguided in most every way summer spectacle Battleship. With Lone Survivor, Deepwater Horizon and Patriots Day, the mea culpa is complete. Even if you know how it’s going to end (and really…you should), Patriots Day packs some serious suspense and intensity.

There’s an unofficial fourth part of the movie that I saw coming a mile away. Berg has done this in each of his last two films – he brackets out ample time to showcase the real-life subjects of the story. No real ground is gained in doing so (they already had my attention and empathy), but jjuuuust as I thought the whole exercise of not letting the actors finish the job was pointless…there I was, sobbing.

Every year, the awards season dump of movies is so massive (really – WAY too many movies come out in December), there are always films that fall through the cracks. It’s a tough watch sometimes, but don’t let this one get away.

Mira Furlan Passes Away at 65