Movie Review- ONLY THE BRAVE

*This film is based on a true story. Potential spoilers ahead. Read with caution.*

Despite being a true story set back in 2013, Only the Brave feels like a very timely story. This summer and fall have witnessed a violent fire season, with parts of the midwest and the west coast still struggling with violent forrest fires. Every day, firefighters rush out to defend our cities and towns from raging fires while the rest of us flee from danger.

Only the Brave tells the story of the Arizona based, Granite Mountain Hot Shots and their families. The story chronicles the promotion of the unit through the tragedy of the Yarnell Hill Fire. The film brings together an A-list cast, featuring: Josh Brolin, Jennifer Connelly, Miles Teller and Jeff Bridges. Meanwhile, Joseph Kosinski directs the script penned by Ken Nolan and Eric Warren Singer. 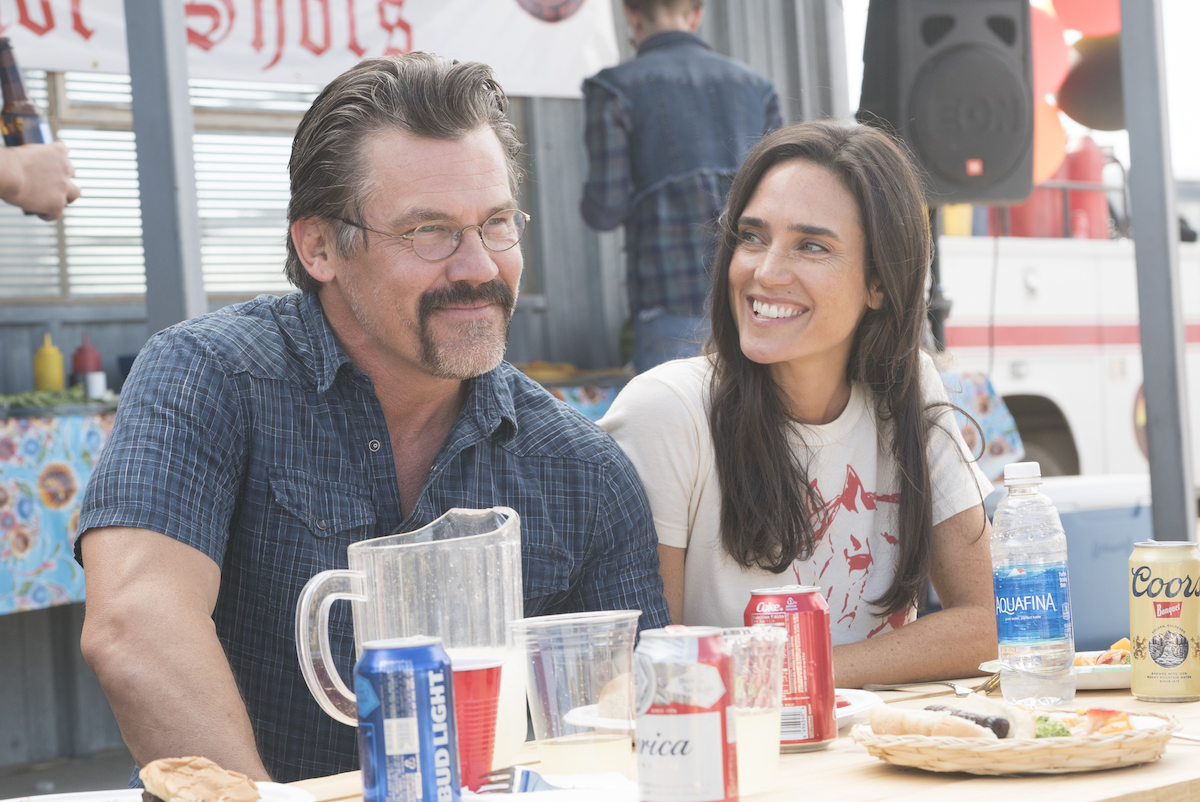 Without a doubt, the performance by the talented ensemble holds together Only the Brave.  While the focus the film is (rightly) the firefighters, Jennifer Connelly proves an absolute standout in the narrative. In recent roles, Connelly often finds herself cast as a supportive wife in one way or another. After all, she won an Academy Award for her portrayal of Alicia Nash in A Beautiful Mind. However, her performance as Amanda, the wife of unit Superintendent Eric Marsh (Brolin), is an incredibly smart and studied performance.

Throughout the film, Amanda actively fights the archetype of “the supportive wife”. She immediately establishes herself as her own woman, bringing her own wishes and frustrations to the story.

Furthermore, her individuality is further highlighted thanks to the comments and behaviors of the women around her. Eric and Amanda don’t have children. However, Amanda finds herself constantly surrounded by large, close-knit families as she moves through the story. In fact, one of the women even tells her, “…At least you don’t have children or grandchildren to worry about…”. It is repeatedly mentioned throughout the film that the couple agreed to not have children. In fact, Amanda is shown running a successful business of her own. She’s an active character, and the film doesn’t shy away from allowing her a voice within the narrative. She hasn’t needed children to define her; however, she eventually finds herself questioning her decision. As such, her character feels relatable and realistic.

In fact, Connelly gives some of her best work late in the film. Her husband’s increased time away is beginning to grate on Amanda, and she finds herself struggling. In a particularly revealing moment, she snaps at Eric as he berates her for not telling him about a car accident. Their life made Amanda learn to live her life without him. His main priority remains putting out fires. He can’t have it all. Thus, it feels refreshing to see Amanda stand up for her needs in an unapologetic expression of her voice.

Meanwhile, Eric and Amanda’s relationship plays very realistically. In the opening scene, Amanda calls her husband out for some unstated mean things he said during an argument the previous night. He admits frankly that she’s smarter than he is, especially when they fight. The moment plays sweetly and with a genuine realatability, fueled by Connelly and Brolin’s legitimate chemistry. The couple have their struggles, but despite everything they seem able to pull through. 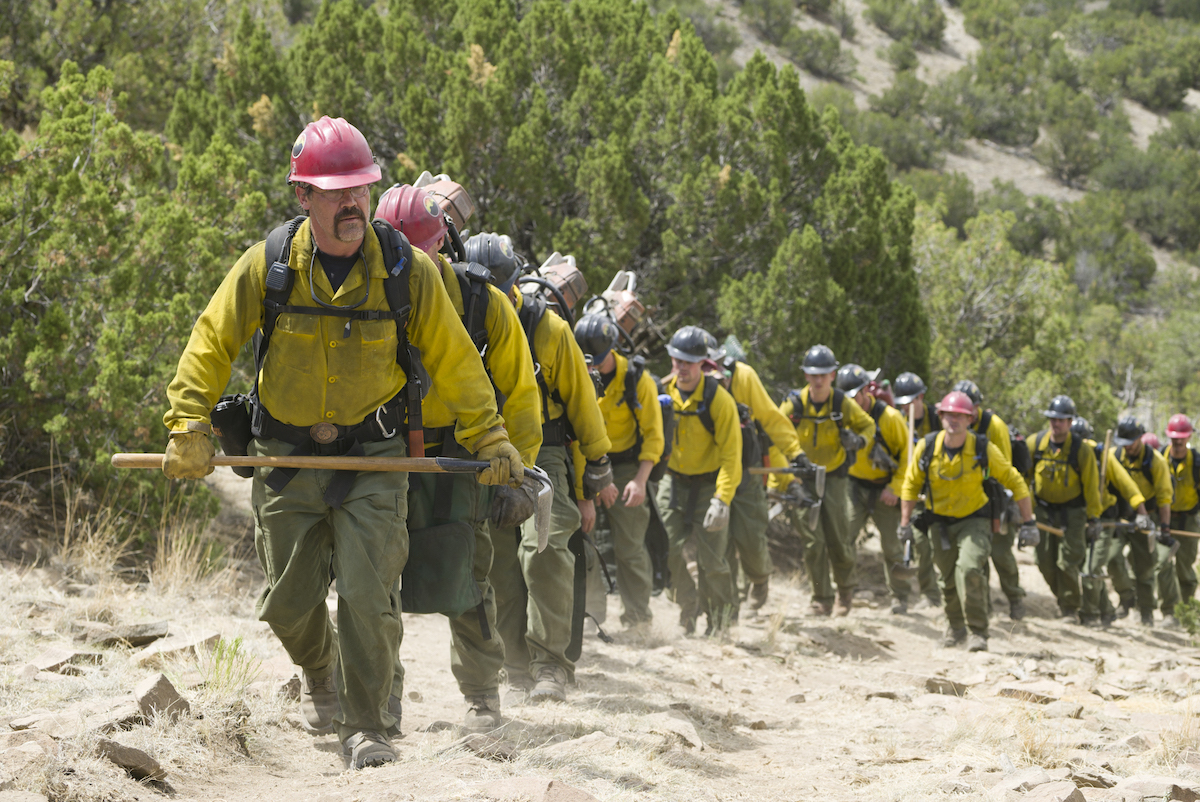 Miles Teller gives an interesting performance as young firefighter Brendan McDonough. Initially, the young actor feels a bit miscast in the role. However, whether it is by artistic intent or simply how the story came together, but Teller’s performance grows on viewers. In fact, his acting in the third act is gut wrenching. He carries the range of intense emotions of the finale incredibly well, really driving home his character’s despair. Teller is still a young actor, and here’s hoping we get to see more work of this quality from him in the coming years.

To round out the performances, actor James Badge Dale deserves a shout-out for his performance as Jesse Steed. Dale is not a newcomer to Hollywood, working regularly since the early 2000s on the big and small screen. This performance is a stand-out one for the actor. His likability and charm jumps off the screen, allowing him to stand-out in the large cast. It only seems a shame that he didn’t have more to do as the story played out. 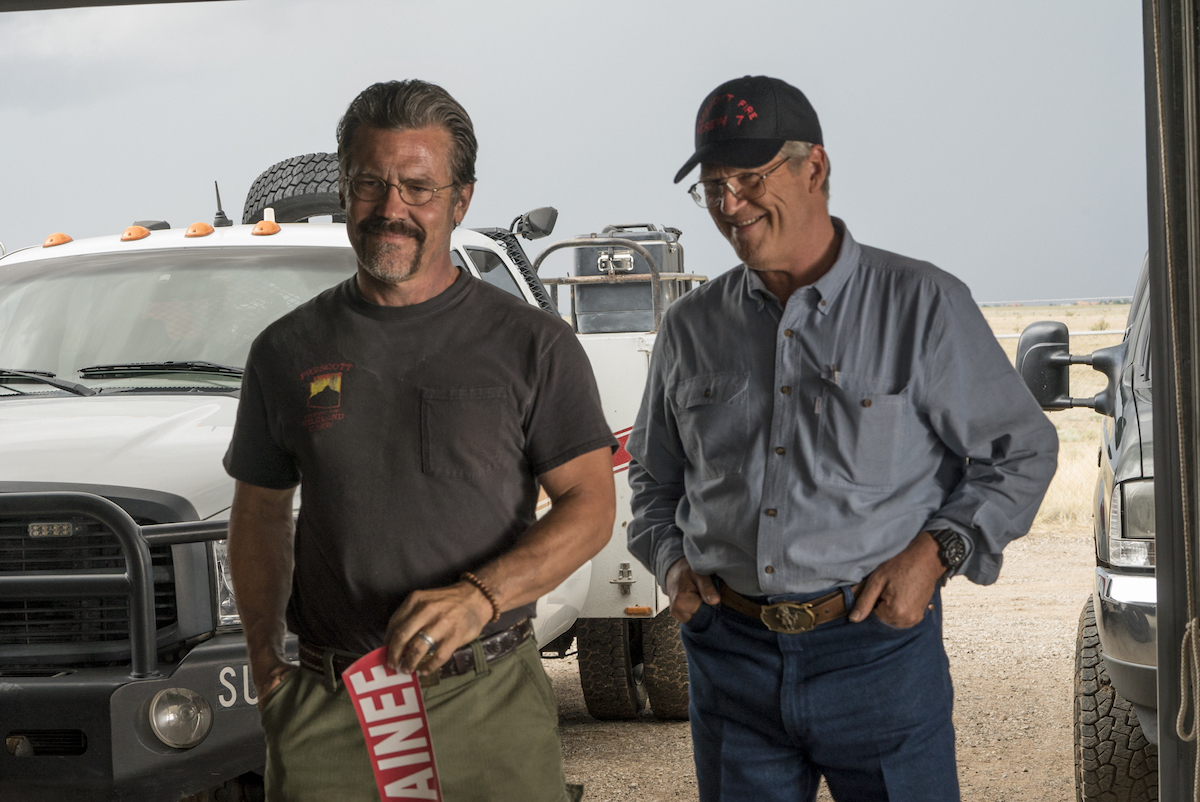 Visually, Only the Brave looks great. The film makes stunning use of its desert landscapes, at times seeming reminiscent of a movie like Hell or High Water. The film handles the transitions from the peaceful tranquility of the desert to the raging ferocity of the fires smoothly. The movie also does a great job with its fire and stunt work, which is often fraught with difficulty on screen. The well done special effects makes it difficult to distinguish practical effects from anything computer generated.

Pacing seems a bit of a struggle for the film. The script for this movie carries a lot of weight, from serving as a tribute, to establishing likable characters, as well as handling the third act with a sense of grace and realism. All the while, the reality of the ending remains an oncoming specter for those familiar with the story. The first two acts feel much more drawn out as we learn who these characters are and develop a liking for them. This does feel like a strength to Only the Brave, as it establishes each of the characters as likable and relatable individuals. However, the primary emotional punch to the story falls very late in the third act. As such, the ending credits feel like an abrupt punch in the gut.

Only the Brave is a powerful and emotional film. It comes out of a good place, not only serving as a tribute to the firefighters lost in the Yarnell Hill Fire, but also to the firefighters still risking their lives everyday. The movie employs stellar performances from its actors to tell a very important story. Those looking for a deeper movie and a strong, likable character drama should definitely check out Only the Brave.

Only the Brave opens in wide release Friday October 20th.