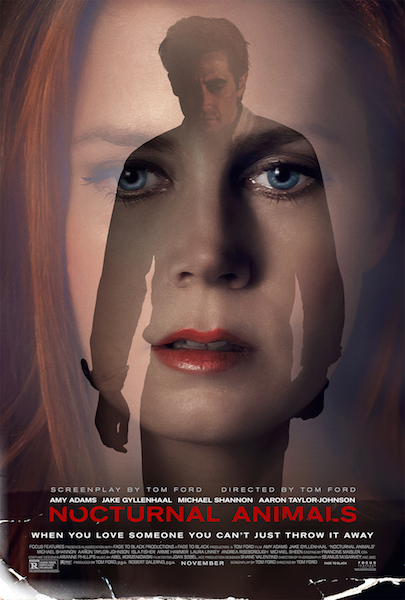 ART IS NOT WHAT YOU SEE, BUT WHAT YOU MAKE OTHERS SEE

Tom Ford is a magician. He doesn’t use sleight of hand. No clever maneuvers of cards. No mastery of illusion. His trickery lies in the manipulation of the human senses. He places you into a world where his imagination is so potent that it allows the viewer to feel the comfort of the threadbare fabric of a sweater. To see a rich and layered landscape. To smell the lingering scent of perfume. To hear the swell of music or the purr of a car engine. To imagine the touch of a glass half empty with whiskey. His world is that of luxury, that borders on decadent with the soul of a poet. His elegance and grace are never made unattainable. He does not presume that wealth and opportunity should be exclusive ideas. He allows all of us to experience them without pretension. He is a renaissance man. A cultural maven. A quiet observer. A collector. A passionate consumer of fashion and art and books and film and life. And he bestows these upon us with the loving hand of a teacher. Nocturnal Animals opened this weekend but I was fortunate to catch an early screening. Like Ford himself, the film has a sophistication partnered with the weight of a deep sensitivity. There is nothing quite like the opening film credits. Under anyone else’s direction it would have been shock only, instead of this bittersweet glorious visual. We are then led into the geometric and stylistic world where Amy Adams is the reigning queen, as Susan. She is an unfulfilled gallery owner in Los Angeles living in the cubicle prison of a post modernistic house teetering on the edge of the Hollywood Hills. At the beginning of the film, she receives a manuscript from her ex-husband, Edward. A book dedicated to her. The arrival of this seems to be a matter of cosmic timing. She is haunted by her life, by the meaningless of it, surrounded by the nefarious L.A. types. Those who offer statements and posture in false eccentricity. But even Ford realizes this and leaves us with an intimate statement of observation. Delivered with a delicious cameo by Michael Sheen, who appears for mere minutes in the film but dominates the screen as only he can. With conviction as a tawdry gay man, married to a straight woman, he posits to a despondent Susan that their lives are ridiculous. That culture is junk. All of it. But then with a grin of assurance tells her that they get to live in an unrealistic world and isn’t that better than the real world? Amen, Tom Ford. Amen.

I would say that this is one of many cultural statements throughout the film but I would be wrong. The entire film feels like a rumination on current culture and the human spirit. The disconnection of humans. Self-absorption instead of self-awareness. Isolation. Superficial identities. The despair of a broken heart. The cleansing of a destroyed man. The mistakes that we make. That we will continue to make. That we realize on the middle of our path cannot be undone. The coldness of the world. The narcissism of the human race. The violence one experiences. The fury at a love betrayed. The emptiness we all feel. All wrapped up with impeccable style in every corner of the film. Ford is careful with every decision. From the visual to the clothing and most importantly with his characters. He is gentle with them. Careful. As if they were delicate objects or fragile innocents. There is a tenderness there that seems to be lacking in all aspects of culture these days. There are those who don’t know Tom Ford’s legacy. At 55 years young, he has already lived one entire creative life. A Texas boy who became one of the most important fashion designers in the world. A bright teenager who graduated early and fled to New York to study at NYU only to drop out and begin another academic venture into interior architecture at Parsons. It was in that vivacious New York that he realized he was gay. Studio 54 and a city with no boundaries moving at a narcotic pace. Where art and music were coalescing in a frenetic and exciting way. I feel like Ford knew in his bones that this world, this rawness, would be commodified decades later. All the grit and the urgency paved over by a two dimensional world. A homogenized world. He exposes those sentiments deeply in the film with the character of Susan and her world. Cold and artless and boring.

Ford left school to intern at Chloe in Paris and found his calling in fashion. His persistence and southern charm, got him through the door into the elite and head spinning planet of FASHION. From there he went on to become the Creative Director of Gucci for fifteen years, an old label that was struggling until he breathed precious life back into it, allowing his vision to soar and revive the label into something untouchable. I remember the mid-nineties ad campaigns with lavish ’70s influence and decadence. I wanted to step into those clothes. I would stare at those ads with a longing for a time I only dreamed about. Anyone who loved fashion fell hard for Mr. Ford. He was also moonlighting at YSL simultaneously for the last five years of his time at Gucci. He was the crowned King of fashion but in 2004 his kingdom came crashing down around him when Gucci and he parted ways in acrimony. A devastating blow to Ford. He began to build his own label (finally) in 2006 and has been a welcome sight in a world where the lights went out with the death of Alexander McQueen and the blacklisting of John Galliano. Tom Ford, filmmaker. In 2005, he started Fade to Black Productions and delivered the somber and stunning A Single Man as his debut. There was no doubt about his multi-talented abilities after that. Here is a man who loves every goddamn aspect of beauty and art in all of its different disguises. And he has the taste, the vision and the acuity to back it up. Not many have that uncanny meter of knowing good from bad. He absolutely does.

In Nocturnal Animals, we find the same man, with a bolder story. A visceral and violent story within a story. The tonic is mixture of Hitchcock, Lynch and Kubrick. The exquisite melodramatic score, composed by Abel Korzeniowski, has Hitch all over it’s tones. A pulsating sadness, from the man who gave us the equally beautiful music for Penny Dreadful.

The performances are filled with a deep sadness. Even Armie Hammer’s mannequin like husband to Susan has despair swirling around his tailored good looks. Ford’s obsession with the external visage is part of the natural inherence of a fashion designer. Los Angeles and the badlands of West Texas are the backdrop, or runway if you will, for these characters to exist. He uses the wardrobe to cleverly enhance or terrorize the viewer. Ford uses his fashion acumen almost as a character distinction. Susan is dressed in high fashion when in her world but when reading Edward’s manuscript she appears in comfortable clothes, sweaters, T-shirts, perhaps echoing who she used to be. Just as she wipes the lipstick off her mouth with the promise of meeting Edward after not seeing him for twenty years. Hearkening back to a much simpler time. Jake Gyllenhaal’s sensitive nature is depicted in a more approachable wardrobe. Less imposing. In the flashbacks to their time in college, he is draped in a peacoat and white shirt. Clean but nonthreatening. Even as the fictional father in his manuscript, Ford has him wearing a red flannel and simple slacks that makes him feel warm. Caring. Aaron Taylor-Johnson, mangy looking and feral, appears in distinct cowboy boots and high-waisted jeans. Messy hair and a big collared shirt adds to the discomfort and menace. Even Michael Shannon as the well-worn and weary Sheriff in Edward’s story is adorned in that stereotypical Texas uniform. Cowboy hat, jeans and a belt buckle, corduroy jacket with elbow patches, always with a cigarette dangling from his mouth.

The film is perhaps a reflective mirror into a culture that Ford, admittedly, helped establish. In an interview with the New York Times, he states “We live in this throwaway culture that I, literally, helped create. I make a stream of products that are designed to become obsolete. If your marriage isn’t going well, throw it away. If someone isn’t doing well at work, fire them. We’re not taught that you can have a miserable morning and a wonderful evening; we’re not taught that that’s normal. Well, this woman throws away her soulmate, and now she’s unhappy.” I have been coming back to this film in moments throughout my day. It has occupied my thoughts ever since. Perhaps it spoke to my own disillusionment with my age living in this glittering city whose once furtive lights have begun to dim. Perhaps it spoke to my discouragement with anyone under the age of thirty. Their obsession with themselves and nothing more. Nothing deeper. Nothing real. Perhaps it was the maturity of the film. The stark beauty of it all. All I know is that I witnessed art executed with the bravery and experience of a man who, like me, is hungry for substance.