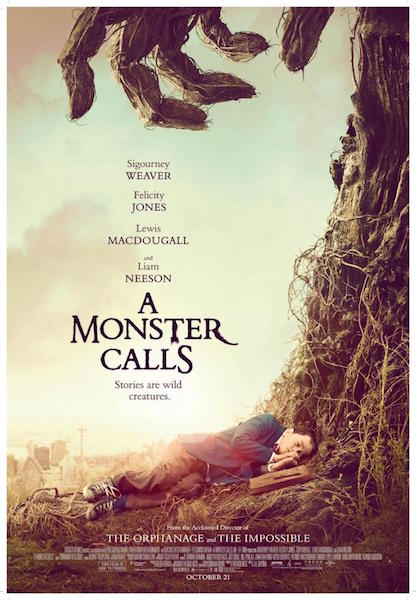 Do you remember the first time you saw E.T.? The magic, the wonder, the way you were reduced to a kid again, finding that you could hardly hold back the tears in the last fifteen minutes or so? This is what J.A. Bayona (The Orphanage, The Impossible) has accomplished with A Monster Calls. Yet, the subject matter could be the films biggest hurdle: angst, pain and dealing with grief. Tell the average moviegoer that this wondrous film is about a child dealing with his mother’s brave fight with cancer, and immediately (most) will opt to wait and catch it on Netflix. Big mistake.

This is one of those rare instances where you must share the power and emotions in a darkened theater with a large group of people, and have the big screen with great sound enhance the terrific storytelling technique that Mr. Bayona provides. The visuals are not just mere eye candy, they are symbiotic to the story (or stories in this case) that adds to the power of the tale(s) told. 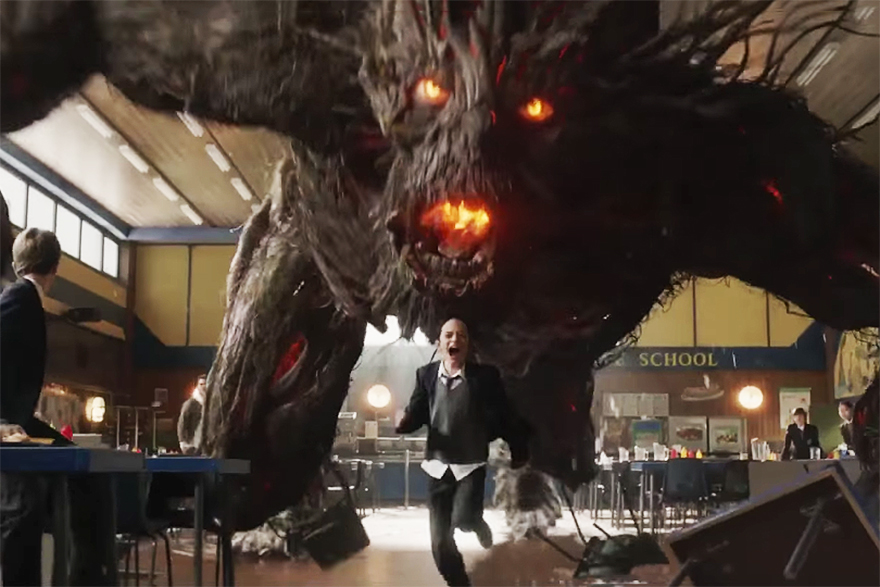 The sound is used to its greatest ability by tugging at the heart with the utmost subtleness as well as shaking your body with thunderous roars. Not to forget the gorgeous lyrical score by Fernando Velazquez that gently taps into our feelings as well. Still, for some, this adult-like fable may be too emotionally crippling, especially for anyone who has been put through the misfortune of watching a loved one suffer through struggle with a terminal illness.

But for those who venture forth, the reward as the screen dims is monumental. You will be left pondering its fairy tale beginnings, discussing its unusual take on those who suffer, and perhaps feel touched by the wings of angels having your heart take flight. This is what the award-winning story has to offer. Director Bayona and his team have captured the spirit of the book, written by Patrick Ness from an original idea by Siobhan Dowd, and paid a wonderful tribute to it along with perhaps nabbing one of the best voices in cinema today for the aforementioned “Monster” – Liam Neeson. Neeson brings this monster to magnificent life, and he captures us with each heavy breath. 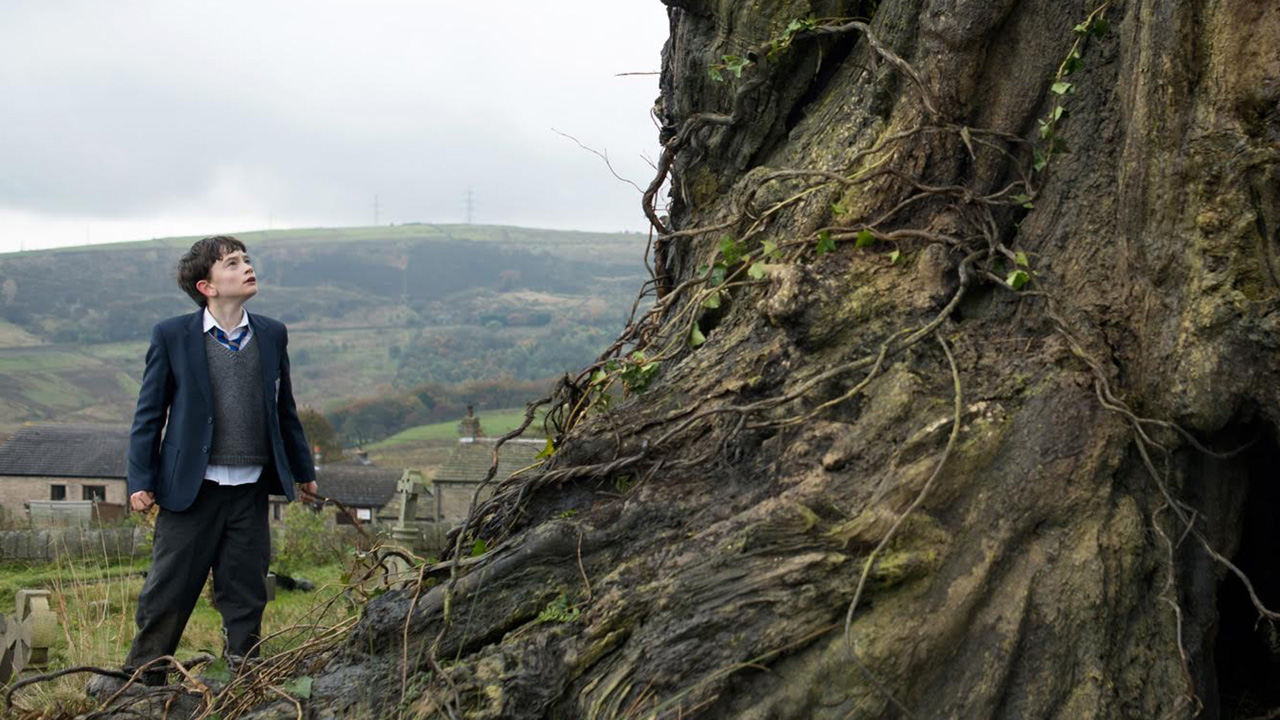 For those not familiar with the book, the story chronicles the life of Conor, “Too old to be a boy, and too young to be a man.” He struggles with his feelings as his mother battles cancer in a small town in England. Conor is visited one night by a giant tree that comes to life as a monster. The monster is fierce, and his first appearance will be frightening to the younger set. But Conor, too wrapped up in his grief, is not afraid of this “monster.”

In fact, he is more perplexed than anything else because the monster, although at first threatening, is not out to wreak havoc or eat him. The monster insists he has entered Conor’s life to tell him three stories, at three separate occasions, and when he is done the boy will have to tell him (the monster) a final story, the one that haunts Conor in his sleep. 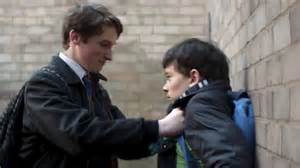 Of course, Conor is the only one that sees this monster. At times the situation poses awkward moments that set the young man apart from everyone else. The other kids at school shun him, and some even bully him. He also has a very detached grandmother that lacks maternal skills that has wedged herself into his life. All this, plus he’s dealing with his mother’s fight for life and there’s an uninvited monster (at least that’s what he thinks). And Conor, along with the viewer, is puzzled with the riddle of the monster’s purpose.

For some, the riddle of the monster mystery may take too long to unwind. But I (personally) would blame the “fast food” generation that wants their information quick and easily digestible for not having the patience for this beautifully artistic and mature film. And yes, it is probably a little too much for young ones (ten and under). But in no way does the film play down to the audience as Spielberg’s The BFG was accused of. It is definitely not too high minded as some snobby critics have claimed. And, it is far from being the morose affair that Collateral Beauty turned out to be. Bayona’s film may elicit tears, but is done with taste, respect, and it does not feel forced. 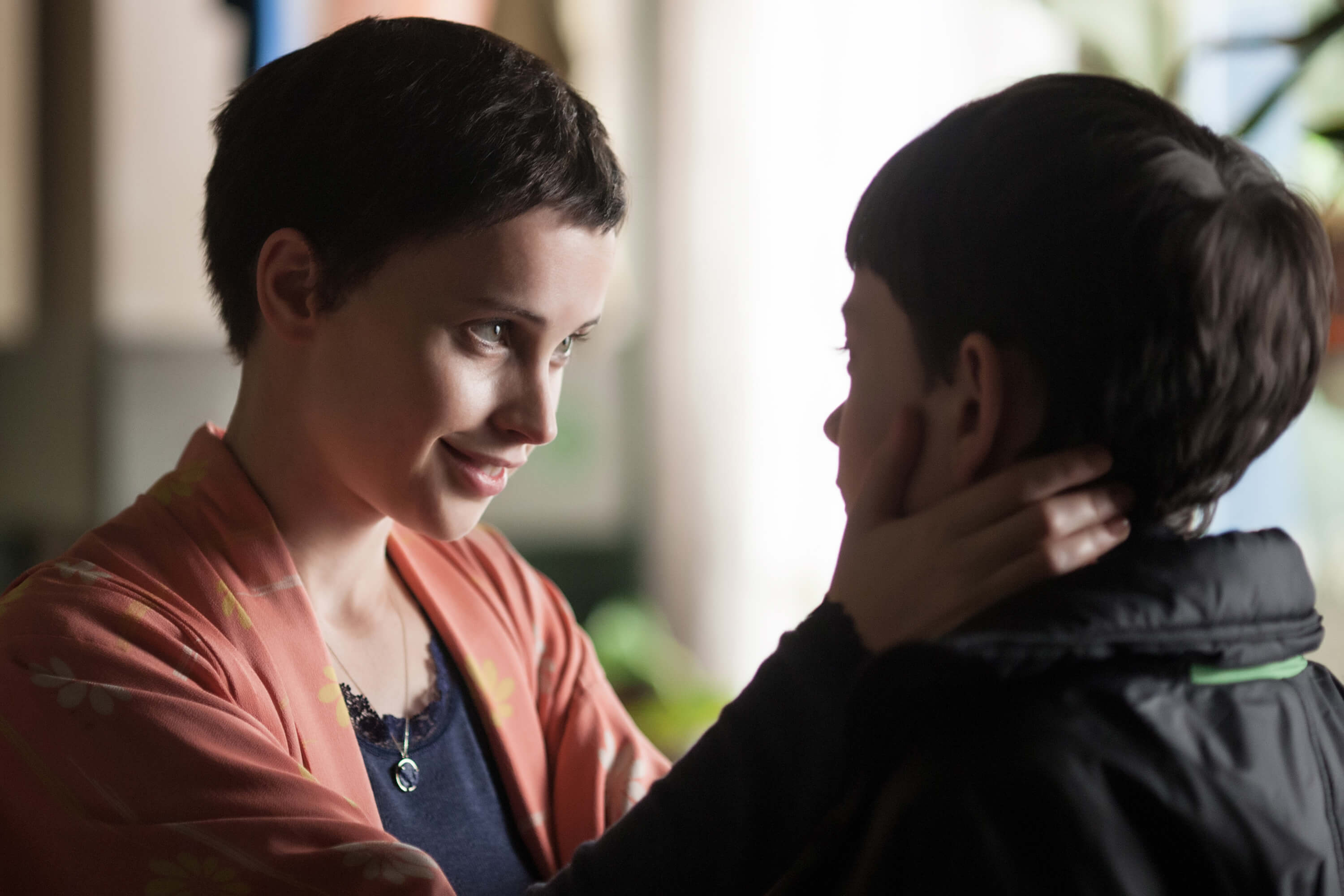 Felicity Jones plays “Mum” with a plucky fight and great maternal care. She is beautifully paired with Lewis MacDougall as Conor, who delivers one of the best child performances in many years. The two have remarkable chemistry, you can actually believe they are mother and son. Sigourney Weaver has the thankless task of playing the grandmother few could care about, but she does so with a strength that cannot help but be admired in the end. As far as her accent goes, some critics have been as hard on Ms. Weaver as they have been on the film itself for tugging at the heartstrings. Any deviation in the accent is barely noticeable for this critic. I was too wrapped up in the story and all its characters to start nitpicking anything. Bayona transported us from the very beginning, and his harshest critics can only prove to be the cynics of the world. Here is a film that breathes magic onto the screen. It makes us believe, and gives us hope.

I attended the film with my 16 year-old son, and a paid audience that filled about half the house. When the house lights went up, my son had the biggest smile on his face and claimed it to be one of the best pictures he’d seen in a while. I could hear many others echoing that feeling while being very emotional. Bayona’s film, and Ness’ story, struck a chord, and we will be forever grateful for it.