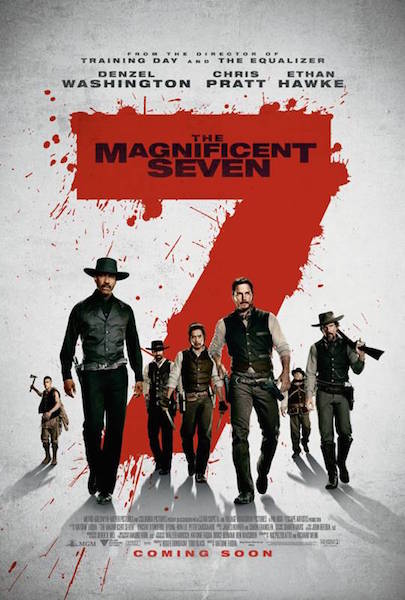 SEVEN OUT OF SEVEN

Over the weekend, I saw Antoine Fuqua’s remake of The Magnificent Seven. Admittedly, I have never seen its predecessor, or its predecessor’s predecessor, for that matter (seriously, this movie has been re-made twice now; South Park is definitely on point with this season’s “Member Berries”); however, I can’t imagine either being as much fun as this one. From the tremendously played cast, to the quippy, well-penned script, Fuqua’s vision really fires on all cylinders. 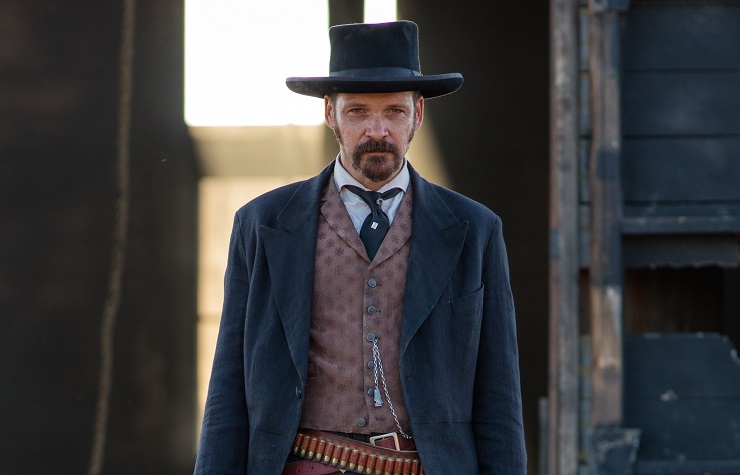 We open on the town of Rose Creek, a small village under the iron fist of Bart Bogue (Peter Sarsgaard), a ruthless entrepreneur who employs a vast variety of hired guns and mercenaries to enforce his will. Bogue gives the townsfolk a three-week time frame to abandon their lands, and after a brief scuffle, murders several civilians to emphasize his seriousness. The townsfolk, led by newly-widowed Emma Cullen (Haley Bennett), throw together all the money they have to hire Chisolm (Denzel Washington), a bounty hunter, to attempt to protect their town. Chisolm recruits six men of various backgrounds and skillsets to his cause, including smooth-talker Faraday (Chris Pratt), retired-bounty hunter Goodnight Robicheaux (Ethan Hawke), and legendary mountain-man Jack Horne (Vincent D’Onofrio).

The story truly shines in its simplistic beauty: seven strangers band together to defeat a higher evil. That’s really all there is to it, which is oddly refreshing in 2016, a year in which every team-up film seemingly requires two or three prior movies to introduce and evolve the main characters. Mag 7 (as my editor calls it) successfully introduces and makes the audience care about all seven of the crew members within its 132-minute runtime. There are no flashback scenes or origin stories; we meet the crew on the fly, which may sound sporadic, but Fuqua and crew masterfully weave the story in a manner that makes it flow smoothly. It never feels forced, rushed, or drawn out — it unfolds at a perfect pace. 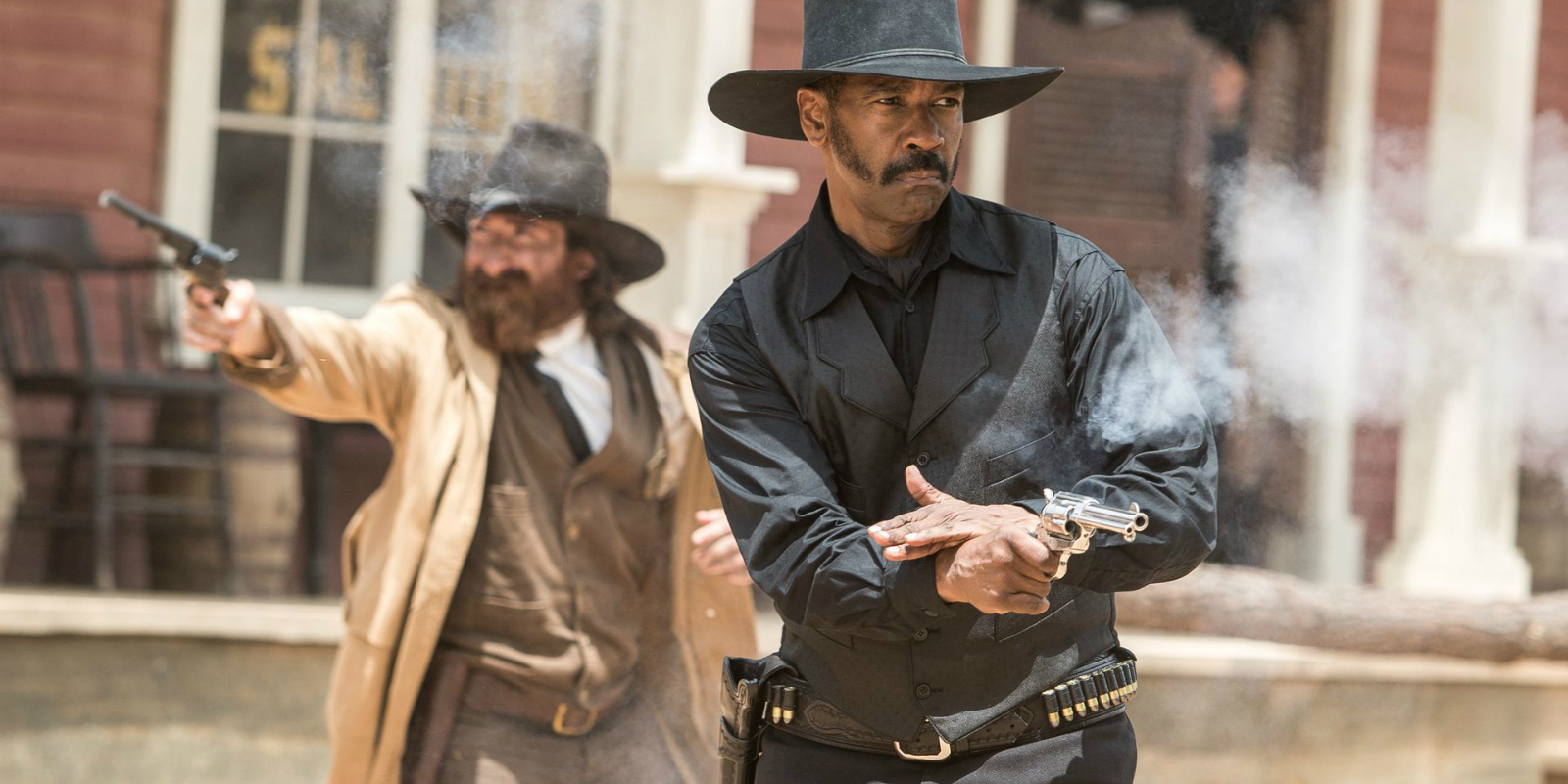 A script is only as good as the actors that read it, and Mag 7 is blessed with a stellar cast to do so. Washington gives a typical “Denzel performance”; you can’t tell where Denzel Washington ends and where Chisolm begins. Chris Pratt basically revises his role as Peter Quill from Guardians of the Galaxy, only this time as a western cowboy as opposed to a space cowboy. He is truly the king of the one-liners; his delivery and tone is perfect for Faraday. The most unique performance is given by Vincent D’Onofrio, whose performance is so ludicrously over-the-top that it’s impossible not to love. If I had to describe it, I’d say that his Jack Horne is 3% preacher, 22% Davy Crockett, and 75% Cuba Gooding Jr. in Radio; it’s truly bizarre.

For such a violent premise, Mag 7 is largely PG in its demeanor. While there is gunfire and killing aplenty, it is done so tastefully. If you are going into the theater hoping for a Tarantino-esque massacre with knives flying through eyeballs and copious blood squirting from bullet holes, this is not the film for you. Although I am not easily deterred by grotesque and brutal images, I actually preferred the action sequences in Mag 7 to that of similar films like Django Unchained; I think that in this day and age, quality action is often too closely affiliated with brutality. Thus, it’s impressive that Mag 7 manages to keep the “badass factor” without having to be too controversial in its presentation. Denzel Washington side-riding a horse while shooting dual pistols is macho enough for me.

Similarly, I loved the fact that Fuqua refrained from making race a theme. In today’s world, where everything is ostensibly offensive to someone, Hollywood has a tendency to input subliminal themes into movies in order to fuel controversy. Even kids’ movies nowadays seem to contain some kind of veiled political stand (see:Zootopia). Fuqua made it a point to leave all of that stuff out of his movie. Yes, the main character in a western film is a black man. Yes, the core seven members are all people of different diversities. Yes, there is a woman who wants to learn to shoot a gun. Yes, the horses are sold and traded and used as leverage. All of these themes could be used to build conflict and rile up activists, but instead, they aren’t addressed or given any special treatment. Honestly, this movie portrays a world in which racism isn’t really a thing. There may be one or two jokes Chris Pratt makes at the gang’s Mexican outlaw, but he only does so in good fun, and the Mexican realizes that. I was so relieved that the “n-word” didn’t rear its ugly head in this picture, a movie where it so easily could’ve. The bad guy isn’t bad because he’s a racist, but because he does bad things. In 2016, a movie like this is just what the doctor ordered: just go and cheer for the good guys to beat the bad guys; no other conflict is needed.

All in all, Fuqua’s take on The Magnificent Seven may go down as one of the most fun movies to hit theaters this year. While the film’s basis, mindset and environment is violent, the final result is tastefully harmless, and I mean that in the best possible way. The crescendo, a drawn-out, against-all-odds battle that may run a few ticks too long, is still highly satisfying. You won’t regret this western adventure.