2017 has seen some ground-breaking strides from notable female filmmakers. While this is not said to degrade or diminish the work of the untold number of talented women working in Hollywood over the last 100+ years; however, it seems only now do audiences (and potentially the industry) finally appear to be noticing. In June, Patty Jenkins smashed records with her work on Wonder Woman. Now, as award season rolls around filmmaker Greta Gerwig stepped to the front of the pack with her work on Lady Bird.

Audiences likely know the talented Gerwig through her work in front of the camera on films like Frances Ha and Jackie. Lady Bird feels partially autobiographical as it traces Christine “Lady Bird” McPherson’s (Saoirse Ronan) senior year in high school. The story takes place in Gerwig’s hometown of Sacramento California. 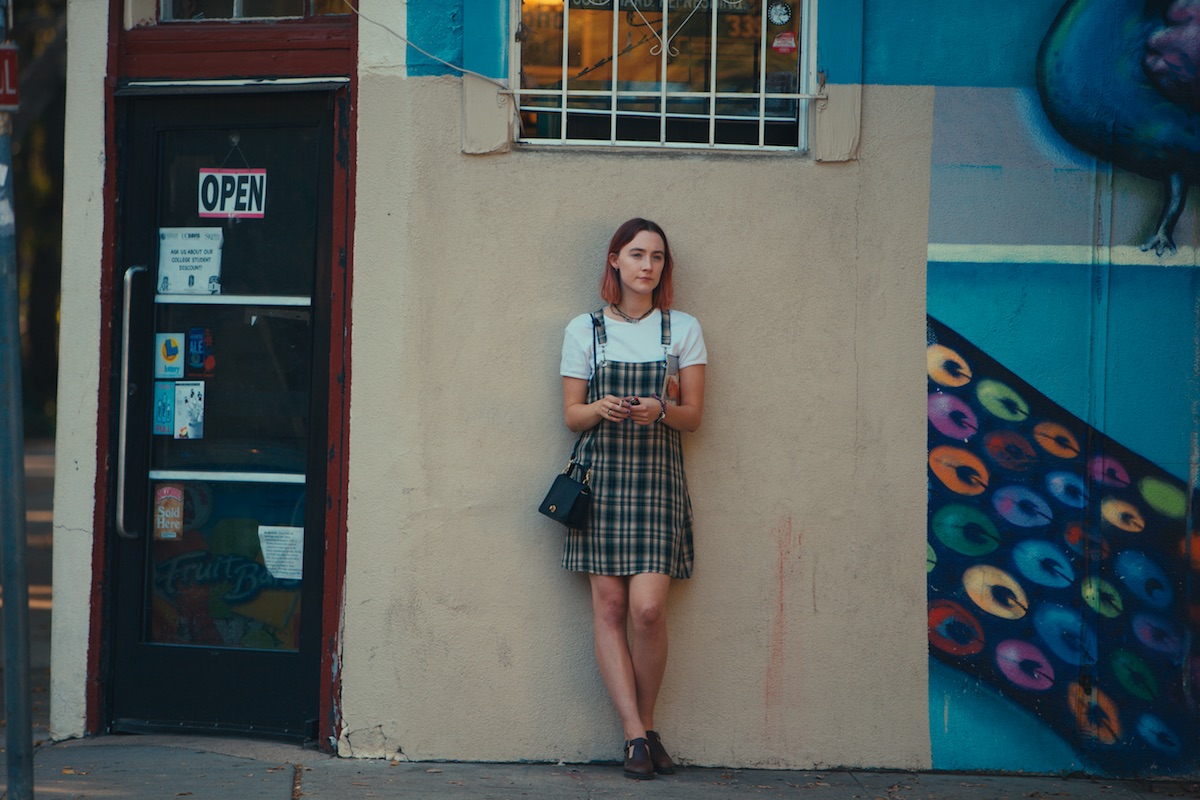 Gerwig’s writing feels instantly relatable as she tackles the ups and downs in Lady Bird’s life. Graduating high school myself in 2004 (and leaving the Midwest for an east coast school), the film hit particularly close to home. In fact, the story feels like a personal one for so many women. In her work, Gerwig definitely tapped into the thoughts and minds of women around the country.

The relationship between Lady Bird and her mother, Marion (Laurie Metcalf) is at the forefront of the story. The development of both characters is rich and relatable, crafting a powerful mother/daughter dynamic between the women. The mother daughter relationship often feels ignored in cinema, when it’s not the source of a Lifetime movie or a slapstick comedy. However, this movie changes all of that. Probably most fascinating to watch are the little moments when Marion and Lady Bird are alone together. In a number of scenes, the women engage in very heated arguments; however, small moments then heartwarmingly show how they are so clearly related. In one particular scene, they bicker as Lady Bird picks a dress for Thanksgiving. Marion picks out one dress she likes, and Lady Bird’s whole demeanor in the scene changes. It seems we are more like our mothers than we care to admit… 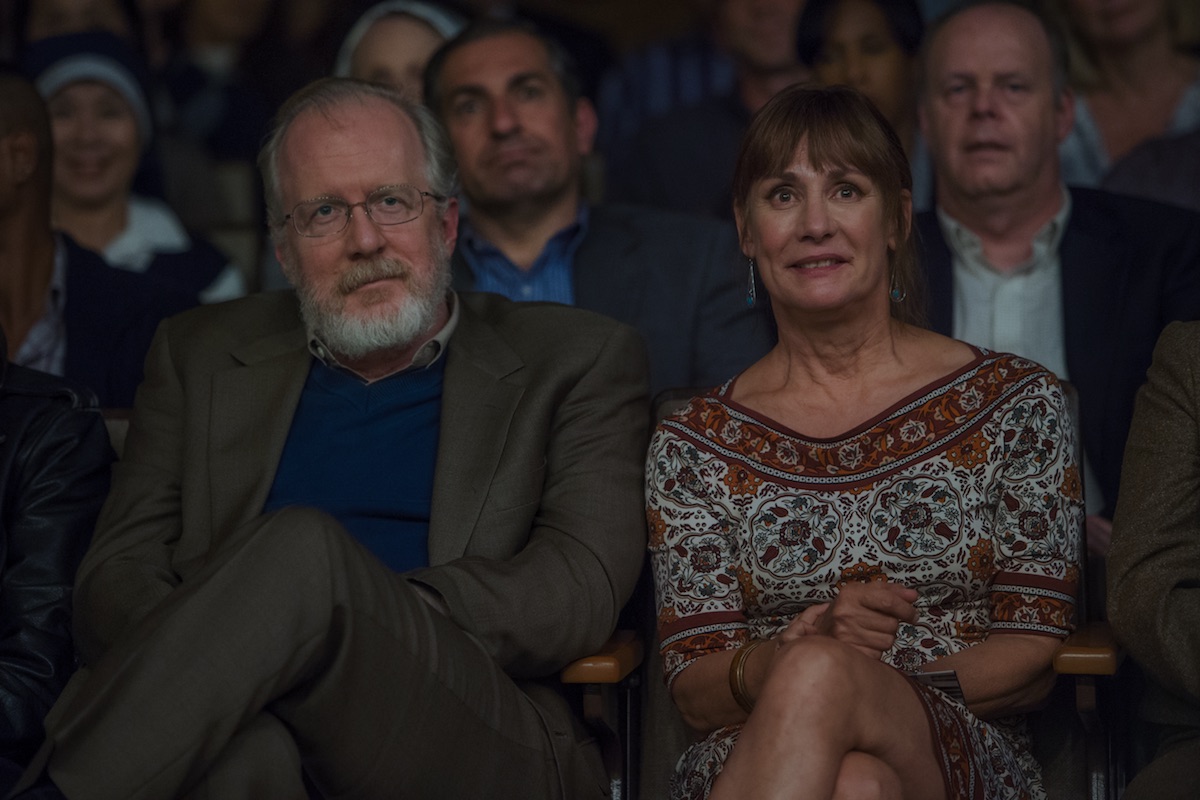 The film doesn’t drag, and seamlessly weaves together a complicated tone. The script brings a definite sense of humor, injecting a sharp sense of wit to the story. In fact, the film seems to be winking at the audience. It knows how silly we all are in high school. Despite what we each seem to remember, we are all slightly obnoxious snobs in those  years before graduation. The film’s tone is enjoyable, allowing the audience a number of laugh out loud moments while maintaining the emotional power of the script.

Furthermore, Lady Bird easily juggles the competing perspectives of its high school aged lead and her mother. Each woman is relatable through their quirks, and you immediately feel for both. In films like this, the narrative tends to side with one character, establishing the other as an obnoxious or annoying antagonist. This isn’t the case in Lady Bird. Through the ups and downs in their relationship, we side with both Lady Bird and Marion, and can understand in turn where each is coming from. 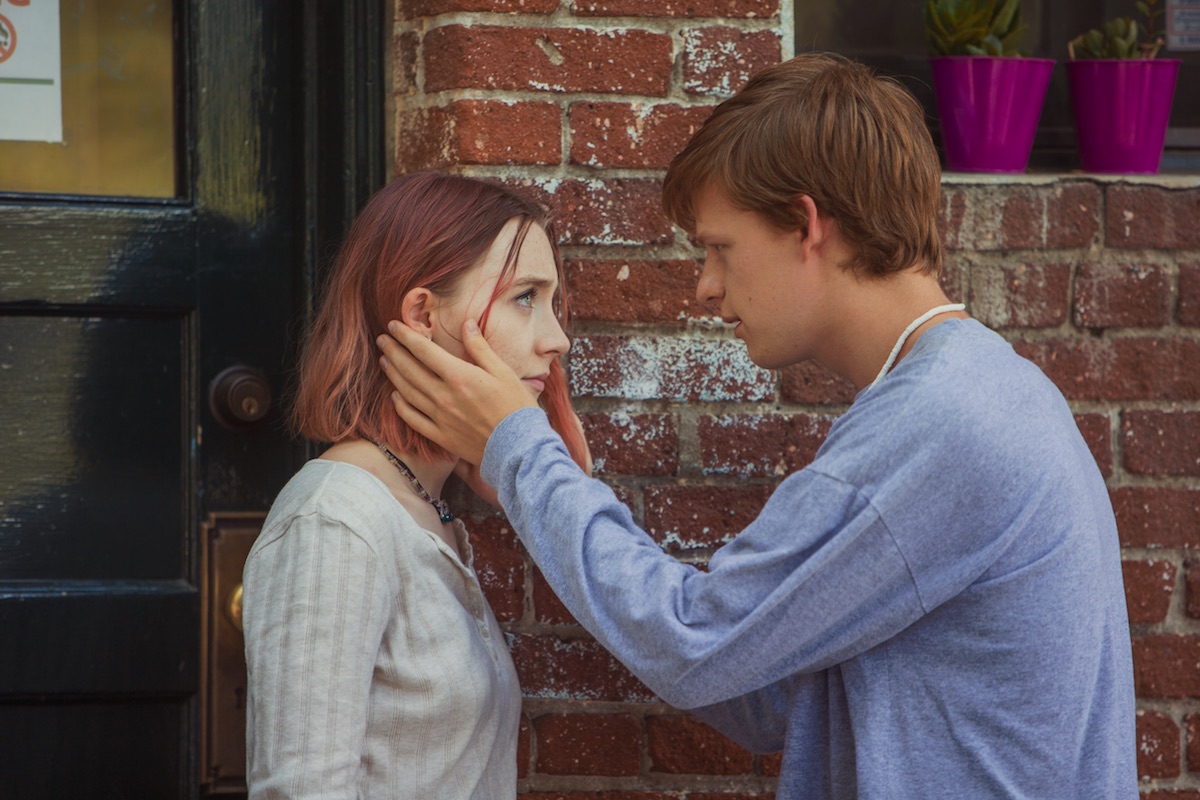 The film’s cast is ridiculously strong. While Metcalf and Ronan are definitely the stars, the movie is packed full of solid performances. Young actor Lucas Hedges does some heart wrenching work. The raw emotion of his character when he meets Lady Bird after a powerful revelation is beautifully acted by the talented newcomer. Timothée Chalamet puts in a funny performance as the relatively young actor continues to peak at just the right time. Finally, actress Beanie Feldstein puts forward a stellar performance as Lady Bird’s friend Julie. The actress brings real heart and emotion to a part which often finds itself overshadowed in other high school films.

However, the awards talk will likely revolve around Laurie Metcalf and Saoirse Ronan, both of whom turn in career performances. Despite her young age, Ronan has already proven herself an awards season veteran. She garnered attention for her role in 2008’s Atonement, and then again in 2016’s Brooklyn. This season should prove no different. The actress morphs into Lady Bird, and feels almost unrecognizable to those familiar with her earlier work. Meanwhile, Metcalf finds herself with more of the emotional heavy-lifting of the story, and absolutely shines. Her breakdown after Lady Bird leaves for college is absolutely heartbreaking in its vulnerability. We watch in close-up as Metcalf looses control of her tightly wound emotions. The moment is simplistic and quiet. The edits are sparse, with Gerwig choosing to use the actress’ talent to craft the raw emotion of the scene. Hopefully, both women will find themselves nominees come Oscar time. 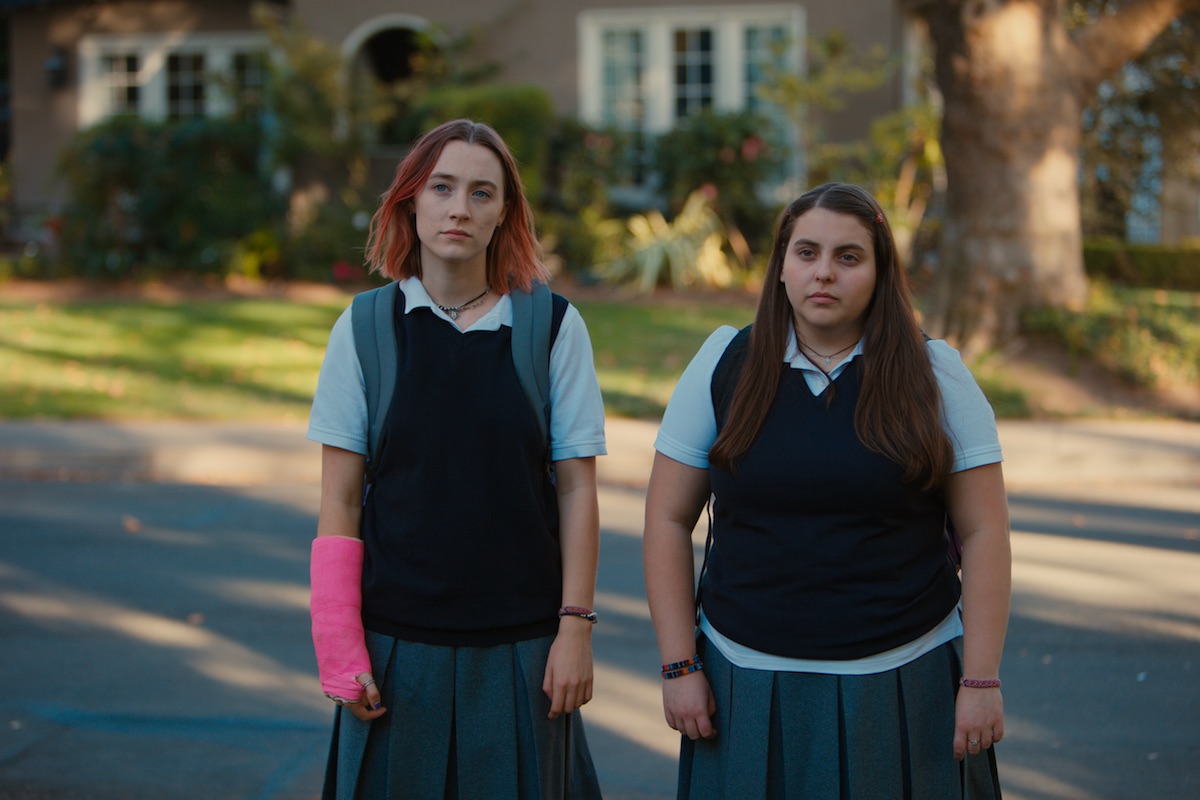 The question of female representation in cinema continues to be an important one. While Hollywood still struggles with this, an increasing number of female led films are coming to the forefront. These are quality (and successful) works of cinema. Lady Bird is a shining example of film which stands alongside the critical darling, family dramas which are often a fixture during awards season. This is a enjoyable and refreshing drama which is definitely a must see on its road to wide-release. Go see it… then go call your mom.

Lady Bird is in theaters around the country now.