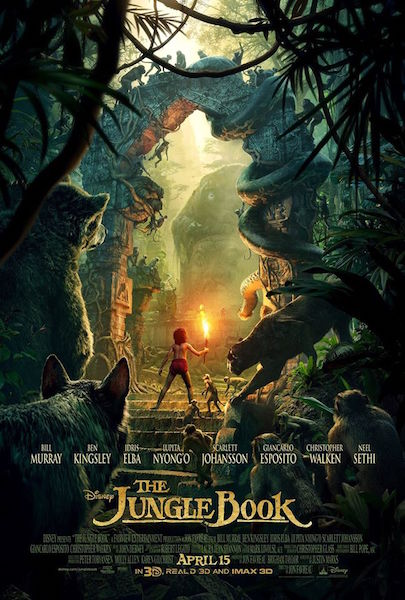 IT’S NOW OK TO WORK WITH CHILDREN AND ANIMALS

The Jungle Book is impressive as hell. The state-of-the-art computer graphics have you believing you’re seeing the jungle when you aren’t. Not for one single frame. A more cynical movie might have you feeling annoyed at such trickery, but the CGI that builds the world of Bagheera, Mowgli and Baloo is an effective and impressive part of the storytelling. 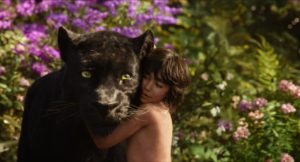 I’ve never read Rudyard Kipling’s The Jungle Book, so I’m unaware if the changes here as compared to the 1967 Disney animated classic go back to the source material or not, but I think there’s room for both films. If you’ve seen one, you can see the other and get nearly as much entertainment. Disney’s attempts in live-actioning up previously animated properties has show mixed results in the past, with winners (Cinderella) and losers (Alice in Wonderland, although box office would make you believe this film is less a mess than it is…(it is also not a true remake)).

Even if you haven’t read this story by now, you still are probably well aware of it. A young boy, Mowgli (called by animals a “man-cub”), is separated from his father and taken in by a wise panther, Bagheera, who gives him to a wolf pack to raise as one of their own. Mowgli grows accustomed to living amongst the jungle creatures until a tiger, Shere Khan, wants the young boy out of his jungle to complete his revenge against humans. Bagheera, fearing for Mowgli’s safety, plans to escort the young boy to the jungle’s edge and return him to a human family, a journey that takes many turns. 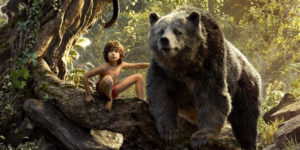 One turn is Mowgli befriending a sloth bear named Baloo, who distracts Mowgli with the opportunity of a life of relaxation and going with the flow. Who better to bring voice to such a lifestyle than Bill Murray? From Meatballs to St. Vincent, Murray’s had a great run of being paired up with a kid. In most films, your favorite actor paired with a kid can be an death sentence for enjoyment, but Murray’s cool style and inability to pander has made such pairings a treat. Neel Sethi, who plays Mowgli, and Murray have a relationship as real as Bill Murray actually being on screen.

This is a testament to the sophistication and complexity of the visual effects. These characters are so intricate, you can tell extensive research was done to ensure the animals moved, down to the slightest detail, with unmatched authenticity. I remember the days of The Lion King, when Disney animators brought lions and warthogs into their studios to assist in animating the characters, but there was never the requirement that the animated characters of that film to look lifelike, they simply had to look like an animated version of this or that animal. 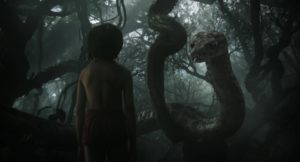 Here, the replication of a real jungle animal’s looks is pulled off flawlessly, but they also come to life with emotion and communication skills without seeming false! The whole package is BOUGHT and it really is a wonder, and I don’t know whether this should be nominated for Best Visual Effects or Best Animated Film.

Speaking of Neel Sethi and speaking of awards…you have to nominate this kid, right? He acts alongside NOTHING for two hours and you never once doubt that he’s having real reaction and relationship with the numerous animals he encounters. The film really is the successful combined effort of a team – the effects and voice work teams, plus director Jon Favreau working with his DP and editors to ensure seamlessness to the whole experience. And kudos to Favreau starting in indies and becoming one of the go-to guys for effects-driven blockbusters. 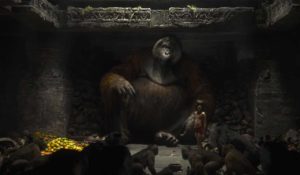 That voice team has others worth mentioning – Ben Kingsley is the spot-on choice to bring wisdom to the role of Bagheera, who Sebastian Cabot previously voiced, and Idris Elba mines a lot less humor than George Sanders did out of Shere Khan (also due to the script), but Elba’s ferociousness is definitely on display. Christopher Walken is great at voicing King Louie the orangutan just because…it’s Christopher Walken’s voice. You need more than that? King Louie sings a song and I don’t know why. There are only two in the film and I’d say stick to all or none with the music.

That’s a small notion to hold against a movie that has its heart in the right place and delivers up numerous poignant and thrilling moments. The Jungle Book is a multi-million dollar risk that pretty much hits all the right notes.

#FearTheWalkingDead makes a promising return in a couple of weeks. Check out our review the first three episodes.
https://www.geekgirlauthority.com/fear-the-walking-dead-season-6-looks-promising/

In #TheGodofHighSchool's explosive finale, Jin Mori and Jegal face off in a battle to determine the fate of the world.