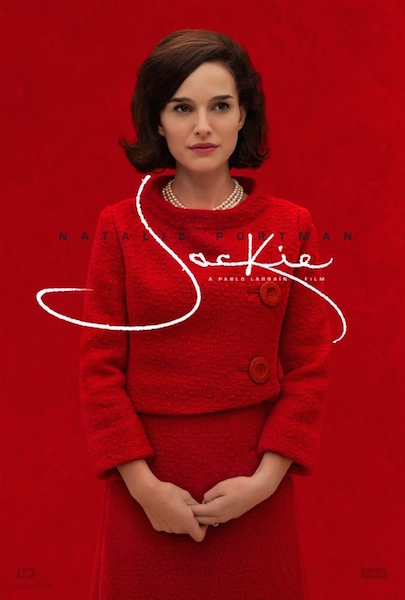 IF EVER I WOULD LEAVE YOU…

When Natalie Portman first appears on screen in the Jacqueline Onassis film, Jackie, she’s so affected in her voice and demeanor, I found it difficult to get close to her. That may be the trick. Jackie O. has been described as one of the least known well-known people in American public life. But stick with Portman’s performance, I found it off-putting at first, but the ultimate result of her portrayal and the film is a success. 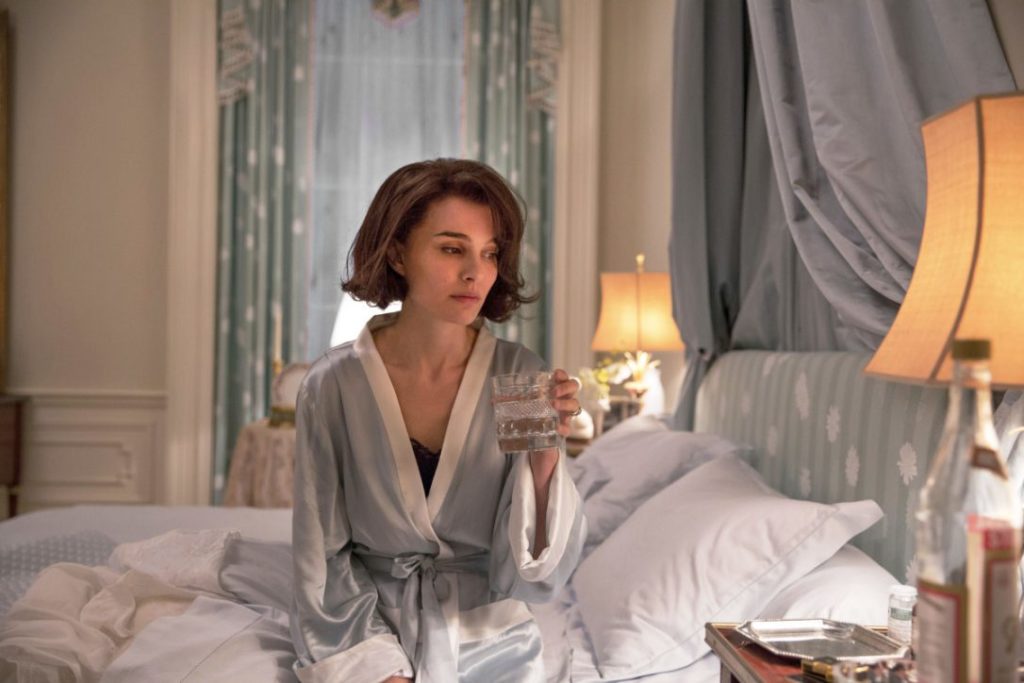 Jackie begins with a reporter (Billy Crudup, always best in the ‘60s and ‘70s) interviewing Jackie O. about her time in the White House and the horrible events that led to her having to leave it. The majority of the flashbacks that ensue deal with that post-JFK-assassination period, and include some quite memorable visuals. One that stuck with me was Jackie in front of a mirror, wiping her husband’s blood off of her face as the blood mixes with her tears. Powerful stuff.

It wasn’t always Camelot for Jackie at The White House, though, as evidenced through a well-done re-creation of Jackie’s famous tours of the Presidential mansion from early in Kennedy’s term. Portman captures well the fragility of The First Lady as she attempts to be cordial and portray a courtly manner for the camera. By the time Crudup’s reporter interviews her, she holds her cigarette rigidly, stares with authority and speaks plainly, almost curt. The dust-ups with LBJ’s transition team, her advisors and an overall sense of loss have hardened her. 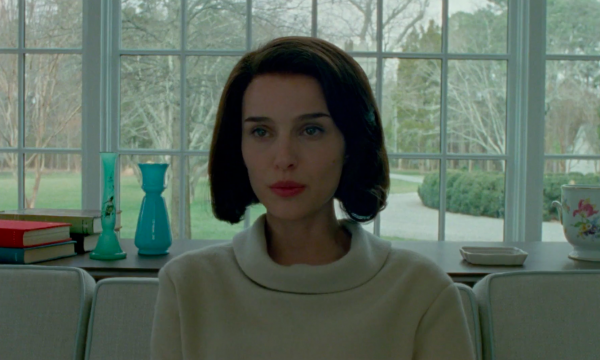 Director Pablo Larrain wants to put you in the middle of all of this, to where there is a pile-on of close-ups and characters talking into the camera. You may find yourself on board with this or not, but you can’t help but admire the bold choice. Similarly bold is Mica Levi’s score, which paints a picture of “haunting”, but not leaving room for much else. It successfully bypasses melodrama, but grew repetitive, turning everything around it into “haunting”, even when the film could’ve used varying tones.

Jackie also represents one of the last film roles for John Hurt, who plays a preacher Jackie would visit when things got to be too much. Hurt brings a sensitivity that will sorely be missed as his priest consoles Jackie whether she wants to hear what he has to say or not. Peter Sarsgaard brings a stoic power to his portrayal of Robert Kennedy, made tragic, knowing the end awaiting him. 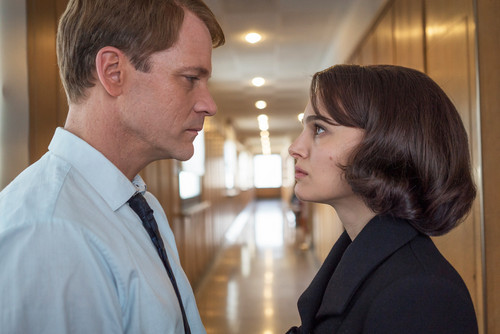 Jackie follows a trend in biopics lately, focusing on a certain era of a person’s life, as opposed to cramming their whole life into two hours. Mandela: Long Walk to Freedom and Steve Jobs are other good examples of this. It serves Jackie well. Without having to detour with stories of Jackie’s childhood, Larrain and Portman get to target the sadness inherent with the most powerful people in the world and the isolation created by the microscope through which they’re seen. It’s here they make their strongest case.