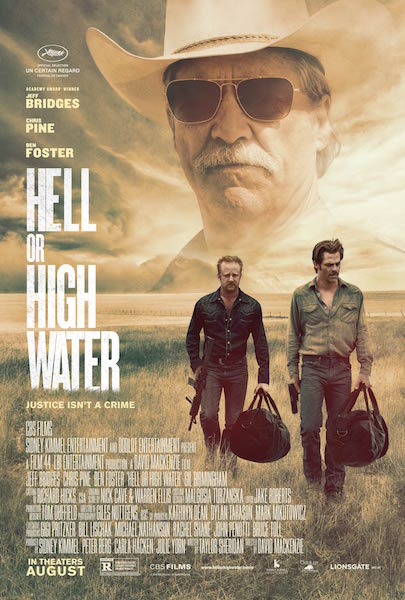 Despite having directed movies for twenty years with the likes of leading men Ewan McGregor and Jamie Bell, Hell or High Water is the first time director David Mackenzie has crossed my radar, and he does so with confident fashion. This is an authentic and memorable modern-day western with great performances that I can tell you already will be on my list of the year’s best films. 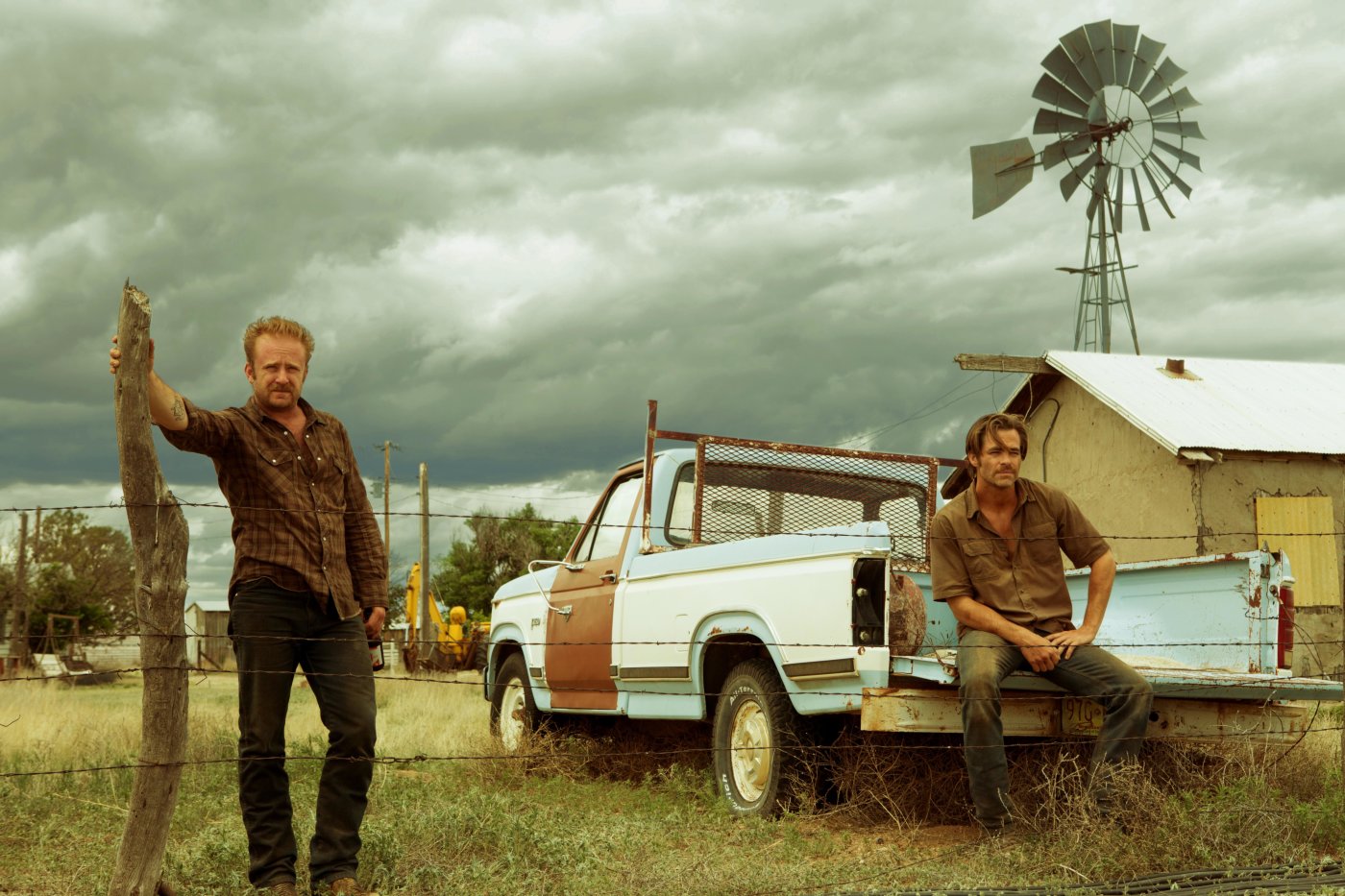 Hell or High Water resembles one of my favorite movies of all time, No Country For Old Men, in that the theme is about violence penetrating seemingly small and quiet western towns. But under the surface, open carry laws and financial ruin offer up an unstable landscape capable of anything. Driven to desperation in this setting are divorced father Toby (Chris Pine) and ex-con Tanner (Ben Foster), two brothers out to rob branches of the bank that’s on the verge of taking away their family ranch. Laconically on their heels is a Texas Ranger (Jeff Bridges) and his partner (Gil Birmingham). And the (slow-speed) chase is on.

Bank robberies, cops on the trail, open carry – this all sounds like the formula for an action movie, but Hell or High Water gets a lot more mileage out of dialogue, strong character and anticipation of violence. There’s an assuredness to Mackenzie’s direction that never shows off, but is never without choices. In fact, the entire film appealingly feels deliberate from shot choice to pace to casting (no one is bad in this movie, and some of the small roles are the most memorable!). Even though the behavior of some of the characters doesn’t seem urgent (Bridges’ Ranger prefers to wait out criminals rather than hunt them down), the of-the-moment vitality of current, post-bailout America is etched across every frame, sometimes literally on the walls in town and certainly on the worn out faces of men like Pine’s Toby, who is burying a world of despondency behind his blue eyes. This is great work for Pine, who is nailing is as Captain Kirk, but for anyone who wondered what else might be in the tank besides confidence and charm, see this movie.

Ben Foster is predictably good, there is no other actor today continually delivering lived-in, genuine performances with such little fanfare. Like DiCaprio eluding Oscar until now, I’m wondering when Foster will be “found out”. Bridges continues his legacy of being a rich under-player of great American characters. His comaraderie with Birmingham is one of the great film relationships of the year but the performance is driven home in a climactic shoot out where you see him transform in breaths of horror, elation, shock and sadness. He wears it all, and brilliantly.

Everyone in the theater I saw this with came out thrilled. So why do more people go to the muddled, wildly LAME Suicide Squad? Like in politics with votes, I think people are spending their money against their own interests. 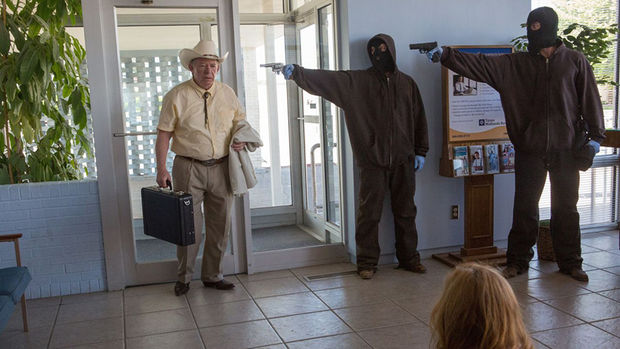 Actor-turned-writer Taylor Sheridan (Sons of Anarchy–Sicario) wrote the script, which is steeped in realism, right down to a road sign in Texas, riddled with bullet holes, that says “Pass With Care”. Which, really, says everything you need to know about Hell or High Water.