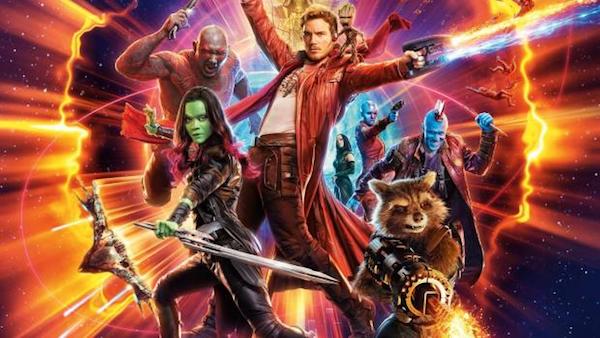 Sequels are hard… sometimes a film can harness the magic of a stellar first installment and expand on it. Meanwhile, others crash and burn, quickly finding themselves on critic’s worst films of the year lists. When Guardians of the Galaxy came out of nowhere in during its 2014 release, no one knew what to expect. With the May 5th release of Guardians of the Galaxy, Vol. 2, writer and director James Gunn met the sequel challenge head on. Not only does he capture the magic of the first movie, but he expands on the already rich universe, making it a strong film on its own.

Related: James Gunn Says Yes to GUARDIANS OF THE GALAXY 3.

Guardians of the Galaxy, Vol. 2 picks up a few months after the last film. Our rag-tag group of heroes have fallen nicely into their role as galactic protectors for hire. However, with the arrival of a man (Kurt Russell) claiming to be Peter’s (Chris Pratt) father, the Guardians find their lives a bit more complicated. All the audience favorites are back. There are even a few new faces, including Mantis (Pom Klementieff) and Ayesha (Elizabeth Debicki), who bring even more fun and interesting additions to the movie.

This installment of Guardians of the Galaxy builds on the team of characters we’ve come to know and love. The script is heavy on character development; however, Gunn manages to keep control of the narrative, ushering it through with a steady hand. At no point does the story feel like it’s dragging, very much keeping audience minds from wandering.

As promised, Nebula (Karen Gillian), Gamora’s (Zoe Saldana) cybernetic, assassin sister finally gets some much needed development. While she largely functioned as a villain in the first film, the story pays her more attention this time around. In fact, the storyline surrounding the sisters turbulent relationship is one of the more powerful beats in the movie. Karen Gillian shines in these moments, managing to capture the pain and deeply rooted trauma within her character, while still remaining true to Nebula…. Despite everything, she’s still not the touchy feely sort.

Guardians of the Galaxy Vol. 2 does a stellar job with its primary female characters. As the plot of the film develops, each emerge as complex and well-rounded characters. As mentioned above, Nebula and Gamora’s relationship stands as one of the more interesting stories to develop in the second film. The narrative resists the urge to make the unspoken romantic storyline with Quill Gamora’s only focus. Rather, in a scene where the chemistry between Quill and Gamora builds to a particularly sweet moment, Gamora breaks away to speak with her sister. Not only is the resulting scene a powerful moment, which gives insight into both characters, but it also lays some direct groundwork for future films.

All-around strong performances by the cast bolster the film. Chris Pratt ups his game to a new level when faced with the emotional material in the script. Pratt has some truly powerful moments, and shines as he’s able to elevate Peter Quill from a wise-cracking action hero, to a well-rounded and more complex character. His story arch through this movie is fascinating to watch, and the growth in the character by the film’s conclusion is evident.

Related: James Gunn, Chris Pratt and More Talk About How They are Family in GUARDIANS OF THE GALAXY, VOL. 2

However, wishy-washey villains have long plagued the Marvel Cinematic Universe. While the film is bolstered by a stellar portrayal of its villain, his development seems a bit rushed in the scheme of the otherwise relaxed pacing of the movie. This is a complicated character with a complex backstory, and a lot of his information is dropped through some fast, though visually impressive, exposition dumps. However, when looking at Marvel villains through a wide-perspective, this film goes a lot farther to establish the antagonist’s story than a number of its predecessors.

Since Doctor Strange, the Marvel films seem to be adjusting their visual appearance. From the opening scene of Guardians of the Galaxy, Vol. 2 the movie is packed with rich and vivid colors. The settings throughout the film are vibrant, blurring the line between physical construction and visual effects. The impressive work from the film’s talented creative team makes Guardians of the Galaxy, Vol. 2 a visual treat to watch.