Goodbye Christopher Robin saw a relatively small marketing push. At first glance, the film seems like a fairly standard period piece. However, sometimes a film rolls around that more than lives up to the hype… in fact, it deserves more hype. From its opening frames, Goodbye Christopher Robin is a beautifully produced, heartfelt story. The film is small and simple, but it is absolutely captivating.

Goodbye Christopher Robin tells the story of author A.A. Milne’s (Domhnall Gleeson) creation of the legendary children’s book, Winnie the Pooh. However, while the series brings fame to the author and his young son (and muse) Christopher Robin Milne (newcomer Will Tilston), the series has devastating effects on the family.

The film tells a generational story which is largely unique to this post World War 1 era. Gleeson hoanes in on Milne as a character, focusing on the post traumatic stress/shell-shock he suffered during his service in the “War to End All Wars”. The true horror of the WWI battlefield is something we’ve hardly seen in subsequent conflicts, and the film does a beautiful job showing this as a societal problem. Milne is not the only man affected; rather, a generation of men returned home carrying tremendous physical and emotional scars. Due to a lack of ability to put words to the issue, society as a whole struggled to return to normal. This film in particular shows the heartbreaking difficulties in communication between Milne and his young son during the peak of his struggles. 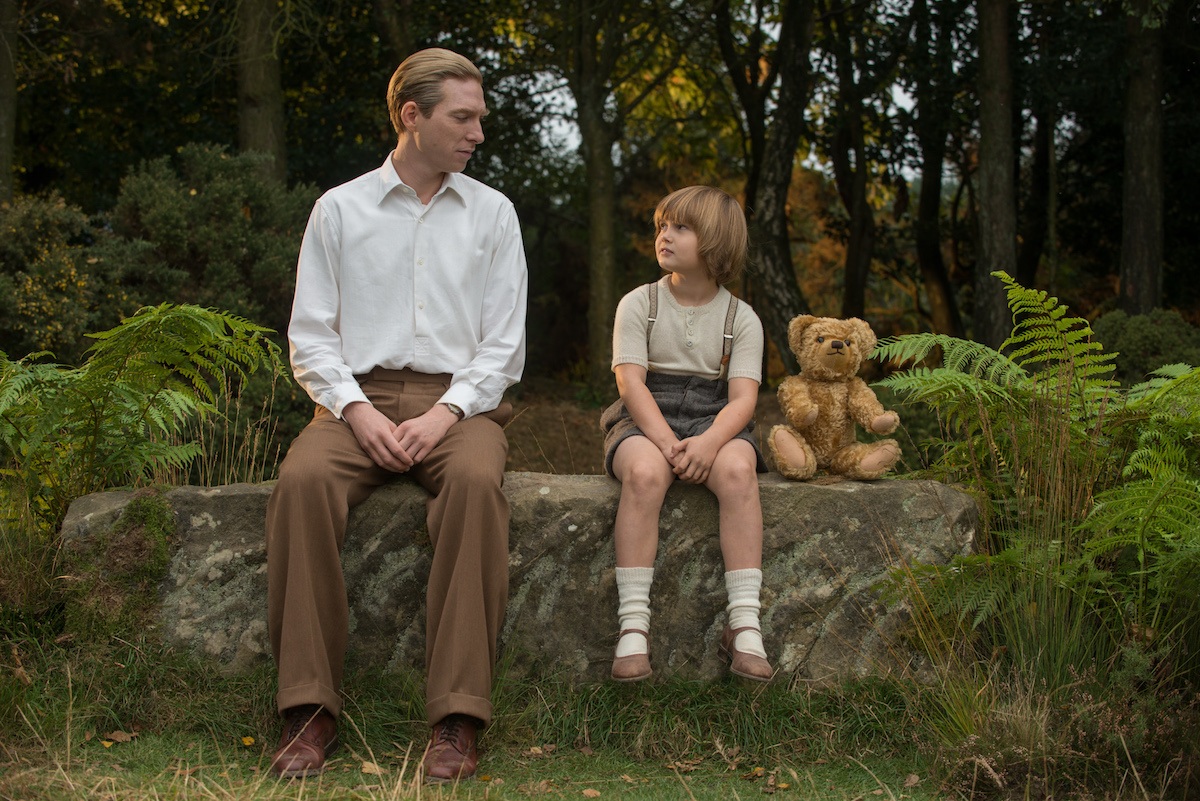 This film is packed with stunning performances. If you are not familiar with Domhnall Gleeson, get that way. The actor has enjoyed a relaxed climb to fame with starring roles in critical darlings like Ex Machina and About Time. Fans might also recognize him from his appearance as General Hux in Star Wars: The Force Awakens. He shines in Goodbye Christopher Robin, able to convey A.A. Milne’s repressed trauma. He gives a restrained performance, but there’s so much fear and emotion bubbling under the surface, that you truly feel for the young father. 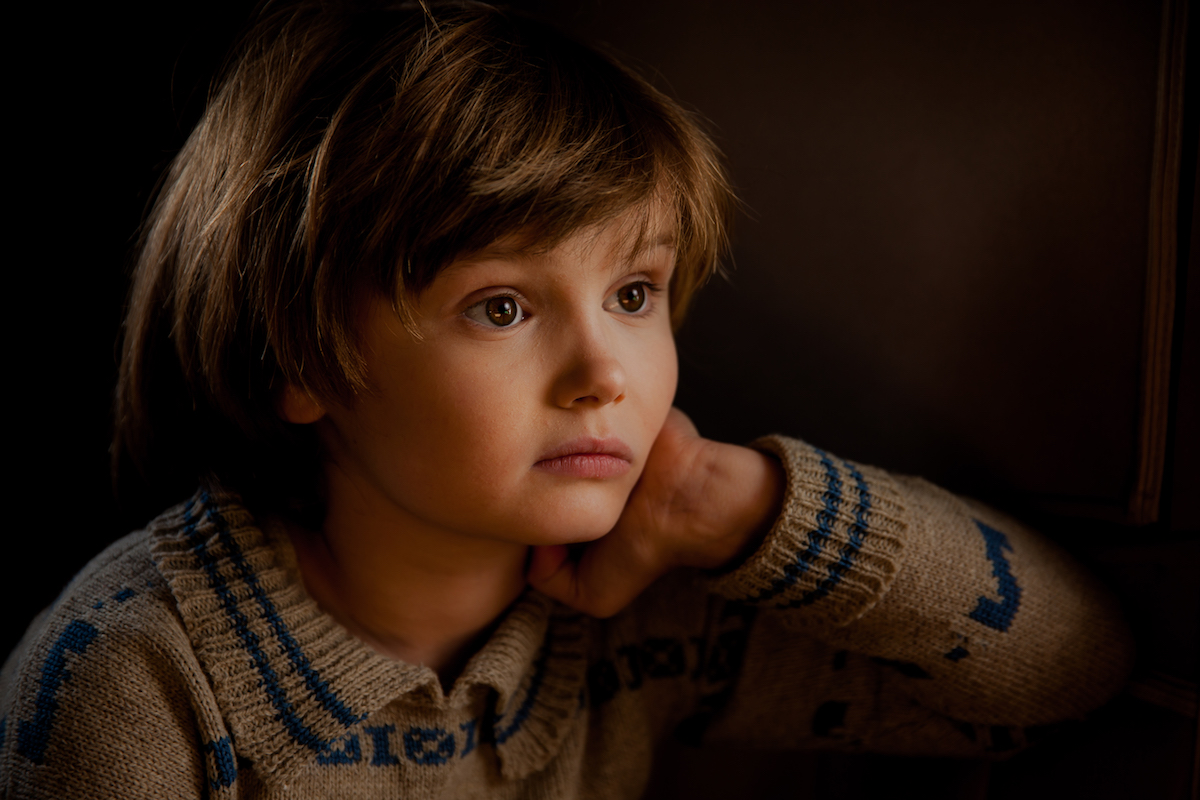 To round out the stars, Kelly Macdonald gives yet another amazing performance as the Milne’s nanny Olive. She wears her heart on her sleeve in the role, and she shines. In a breakout role, little Will Tilston is perfect as Christopher Robin. The young boy perfectly encapsulates the ups and downs of the narrative, and his amazing performance fuels the emotional beats of the story. He shares amazing chemistry with Gleeson, and the moments of bonding between father and son are perfectly constructed.

This film at its emotional core is a powerful father and son story. Some of its best moments are the simple scenes between Gleeson and Tilston. It’s gutwrenching to watch Milne’s struggles with his own demons and how their situation affects his son. As the ending credits role, it seems strikingly clear that no parents are perfect. However, it really makes you want to pick up the phone and call Dad. 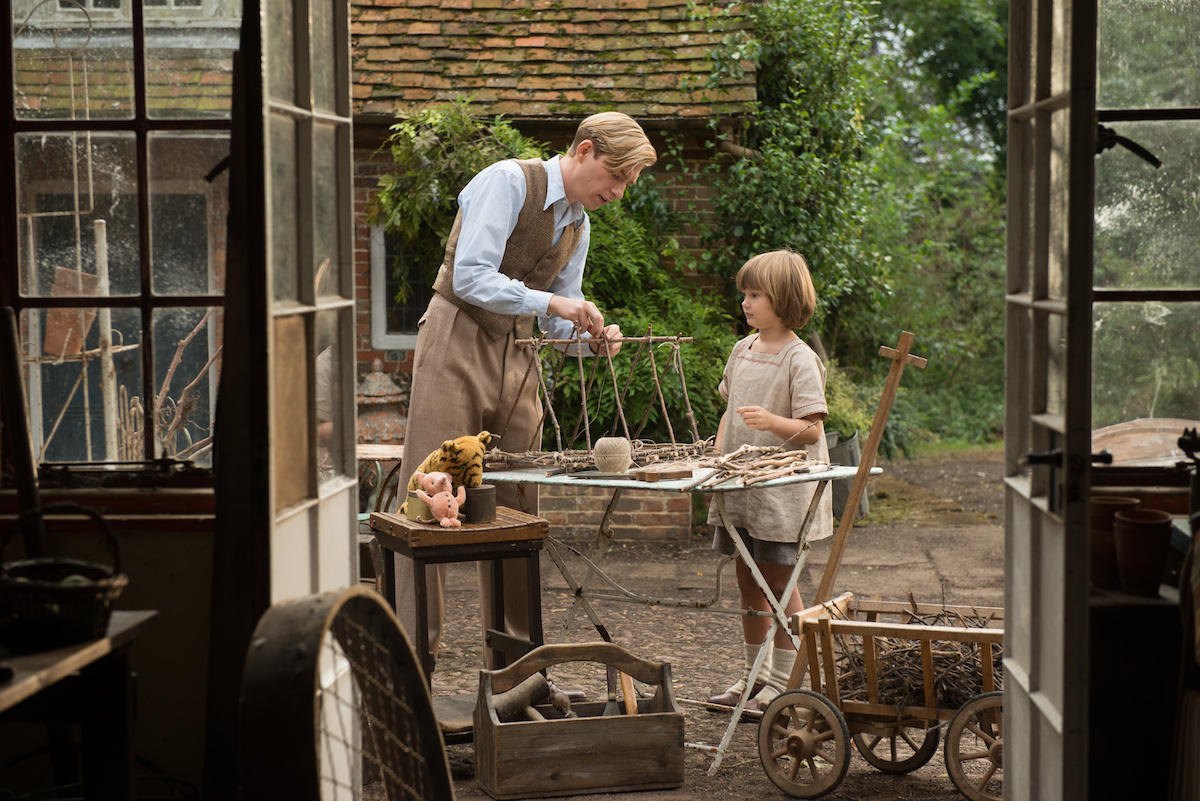 Watching the period piece, it becomes clear that the creative team, led by director Simon Curtis, generated a work of art. There is not a frame in the movie which doesn’t look idyllic, nostalgic and absolutely stunning. The film definitely feels at its best in the “Hundred Acre Wood”. Every beam of sunlight feels perfectly placed for maximum effect.

Furthermore, the movie sparingly imparts a fantastic aesthetic to heart-warming effect. Midway through the film, Milne and his son venture out into the woods by themselves. Suddenly, winter overtakes them as snow blankets the area. However, one of Milne’s flashbacks shatters the tranquility. As he comes down from the emotional moment, he seems to truly look at his son for the first time. Perhaps he’s seeing the effect of his condition on the young boy. At just that moment, it magically becomes spring again as the snowflakes slowly rise from the ground, revealing the picturesque scenery around them. 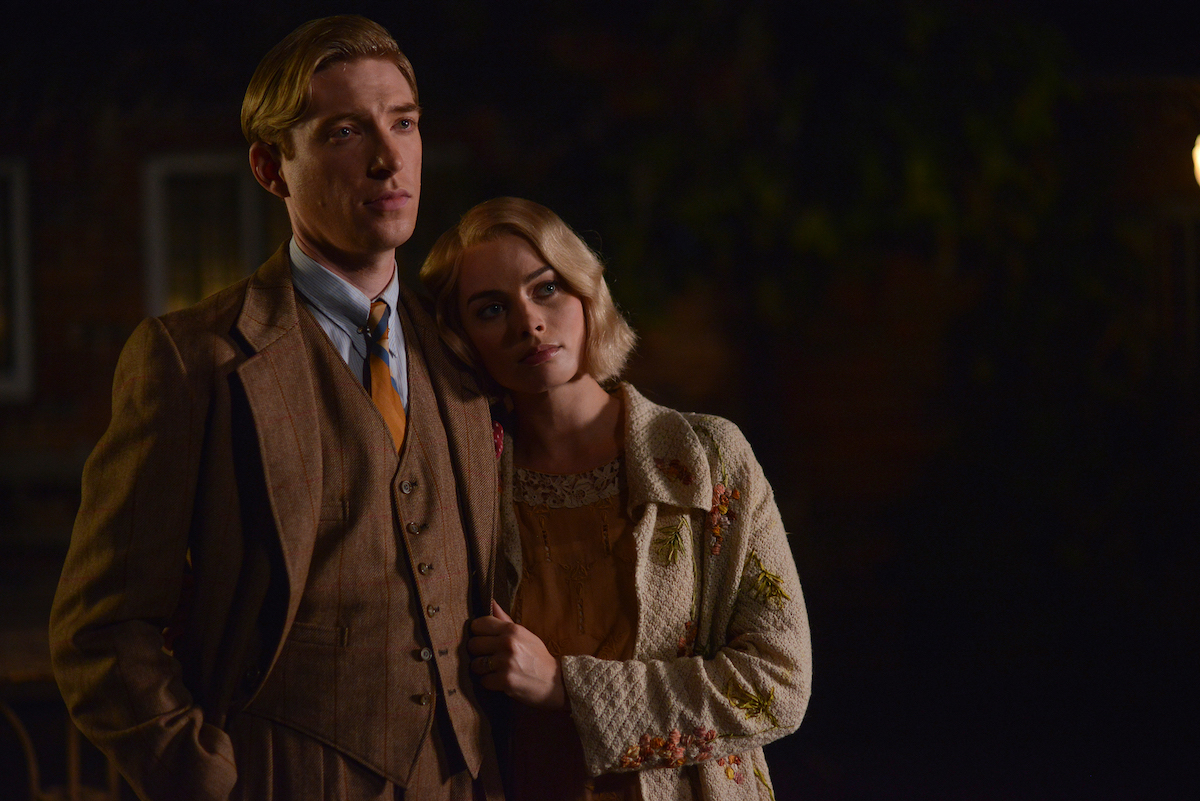 The film solves its problems early. Goodbye Christopher Robin’s pacing feels off early in the first act as they struggle to build not only Milne’s relationship with his wife (Margot Robbie), but  his post-traumatic stress from the war, the sociological problems plaguing the United Kingdom at the time, as well as Milne’s budding career as a playwright. There’s a lot there, and a lot of information is jammed in over a short time. To accomodate this, there are some wide jumps in time, which feel a bit awkward. However, this all falls away once the characters moves to the country, and the story plays out. From that point, nothing feels hurried, and the narrative easily holds the attention of the audience.

Goodbye Christopher Robin is an absolutely heart wrenching tear-jerker, which hits particularly hard as a father and son story. Fans of Winnie-the-Pooh  should also check this film. However, this isn’t its only appeal. Goodbye Christopher Robin is a beautiful work of drama with touching emotionality at its core. Take time to see this beautiful film.

Goodbye Christopher Robin opens in theaters beginning October 20th. The film rolls out in its widest release beginning November 3rd. Check it out as soon as you can.