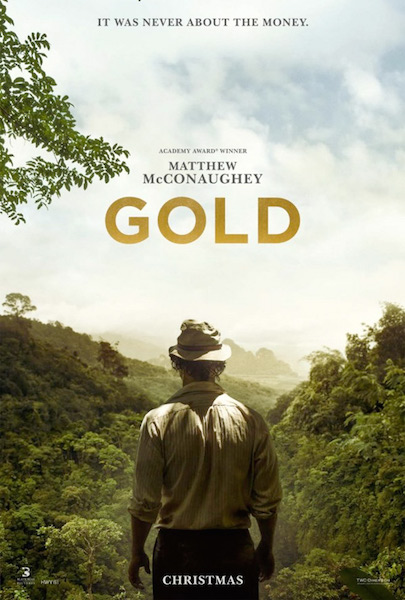 I’ll admit I have a thing for white-people-getting-into-outrageous-trouble movies. The Wolf of Wall Street, The Hangover, put either of those films in front of me any day of the week. Gold, the latest from Matthew McConaughey and Oscar-winning Traffic screenwriter Stephen Gaghan, shoots for such outrageousness. It never quite gets there, but achieves a moment or two along the way.

McConaughey plays Kenny Wells, the inheritor of a mining company from his father (Craig T. Nelson – and for the record, no one EVER says, “too bad Craig T. Nelson is in this”). When the company goes in the crapper, Kenny makes a last ditch effort to save it by LITERALLY FOLLOWING THE ACTIONS OF A DREAM HE HAD. That right there is outrageous. The dream takes him to Indonesia to re-connect with an old acquaintance, Michael Acosta (Edgar Ramirez), who once told of an undiscovered mine in the thick of the jungle. McConaughey seems to be the only person who will fund a mining expedition to the site with the promise of big returns. Have you guessed that they strike it rich? Cue outrageousness.

The money comes in, the employees get rich and the bad decisions begin. Unfortunately, they don’t roll out with the fever pitch of something like Blow, Boogie Nights or Goodfellas. It’s mostly deals. Deals with companies who swear Wells must partner with them if he’s ever going to see the mine through to its ultimate potential. Like any large company that gets its hands on anything, they’re shitheads and Kenny has to fight to keep what he has. Couple that with striking miners and a government shutdown of the site and Wells has to fire up a long-shot plan to win the day. But Kenny himself makes choices that get his competitors and the Feds on his case. 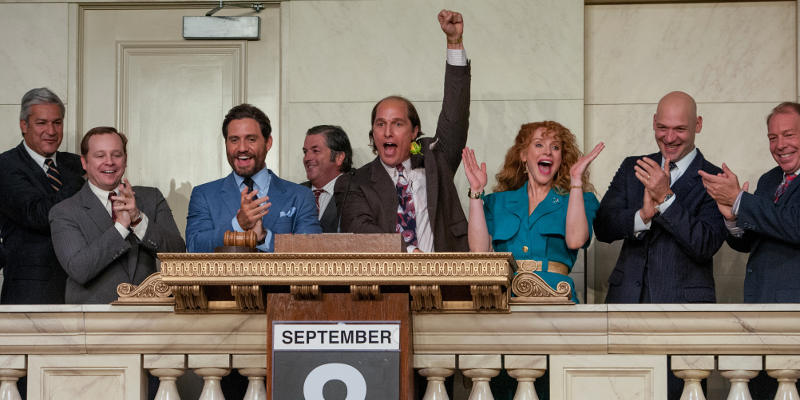 McConaughey goes full-gonzo as Wells, either shaving his head for a bald look, or relaxing his maintenance of a full head of hair for a couple months. Add to that thirty or so extra pounds. His new look is admirable and he brings an energy and temperament to match. Edgar Ramirez is a solid second to McConaughey, but I can’t lie and say I understood everything he said. Bryce Dallas Howard is in stand-by-her-man mode whether she should or not. The struggle is real. And the always-dependable Corey Stoll rounds out the cast.

The film cuts back to Wells’ interrogation by the FBI (led by Toby Kebbell) and it’s from the wrap-up with the Feds to the film’s conclusion that it’s at its most interesting, with a surprise and mystery in store. 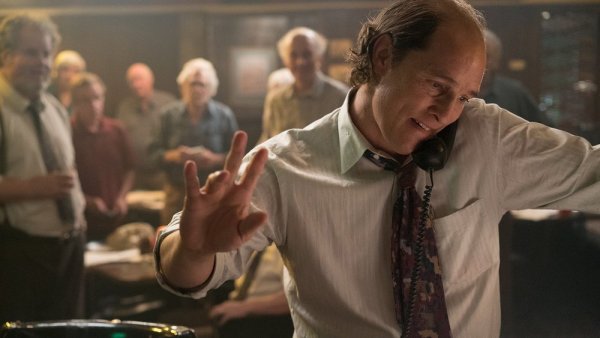 Gaghan litters the film with excess moments but they don’t feel as fresh as they have in the past – Wells testing the waters for an affair and McConaughey naked the one time you don’t want him to be – but I honestly don’t see me remembering this movie as anything uniquely distinctive.

Gold takes place in the ‘80s and ‘90s. I guess gold was worth something then. Let’s be honest, we no longer have the gold, silver and precious metals anymore to back our currency. Like this film, it seems like a promise only slightly kept.