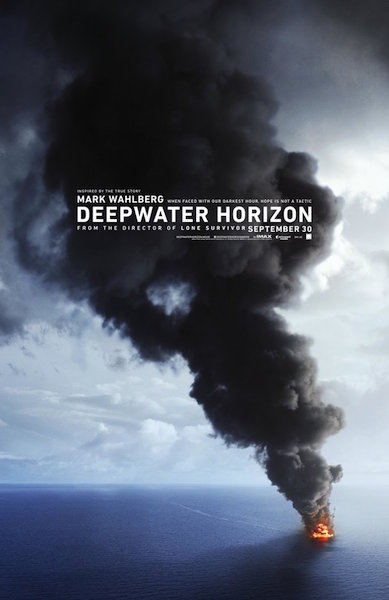 WE DID START THE FIRE

Between Deepwater Horizon and Sully, Hollywood is making a run on recent events as Hollywood movie plot fodder, the result of both is a success, and in the case of Deepwater Horizon, a rousing success. Parts of Sully are nail-biting, for sure, but that’s coupled with a lot of hearings and safety protocol. There could’ve been an equal number of hearings regarding Deepwater Horizon, certainly one of the worst environmental disasters in history, but this film focuses on the heroism and survival instincts of the crew caught in the middle of an oil rig exploding and collapsing all around them. 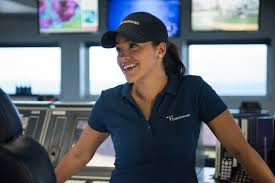 Mark Wahlberg plays Mike Williams, chief electronics technician, who, with Kurt Russell’s crew boss “Mr. Jimmy”, navigator Andrea Fleytas (Gina Rodriguez) and 120 other crew members must survive after corporate and financial demands on the rig to overproduce spur pressure tests gone wrong, leading to the rig exploding in a fountain of oil, then a fountain of flames.

Movies like Jurassic Park did a great job of explaining everything you need to know before all hell breaks loose. Think of what Mr. DNA filled you in on in terms of dinosaur cloning – you were prepped for the chaos that followed. Deepwater Horizon employs a similar tactic twofold – Wahlberg’s daughter is prepping for a presentation in school about what her daddy does for a living and we get to overhear it (and see Wahlberg and Kate Hudson, who plays Williams’ wife, be adorable). That scene effectively culminates in demonstrating the pressure building under the rig as a shook-up Coke can. Also, upon arriving on the rig, the crew and BP team engage in technical jargin about the pressure tests that don’t talk down to the audience or each other. These scenes are especially compelling as they include John Malkovich sporting a dominating creole accent and and lizard-like untrustworthiness. So, you’ve had TWO chances to understand what’s going on! 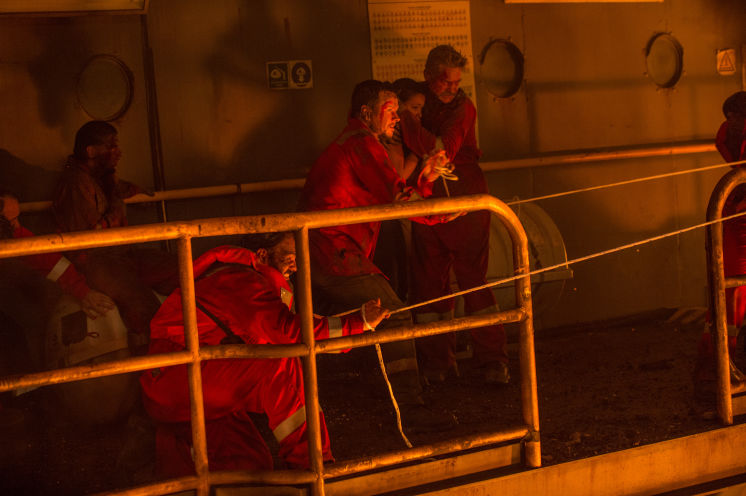 After all this, all hell definitely breaks loose. The destruction and overwhelming danger is palpable. From explosions to raging fireballs to toppling cranes and eqiupment, Berg’s technical team creates a re-creation of the Horizon’s obliteration that leaves you with an overwhelming sense of “How the hell did they do that?” No doubt, the end product is the result of an impressive mix of computer effects, miniatures and real, brutal fire effects, but while I was watching it, all I could think was “holy shit”. I don’t know how you begin to make the second half of this movie with such authenticity. Berg and his team did it.

Over the last decade with films like The Fighter, The Departed and working with Berg on Lone Survivor, Mark Wahlberg has become a solid leading man deserving of more prestige projects. He has a scene towards the end of Deepwater Horizon where the events of the Horizon’s collapse catch up with him and he can no longer hold it together. It reminded me of Tom Hanks’ brilliant performance in Captain Phillips. It’s tough to join Hanks on his level, but the comparison is a huge compliment. Kurt Russell also nails a scene towards the end where he reads a roll call of his staff through damaged, swollen eyes, to learn he lost eleven of them in the blaze. 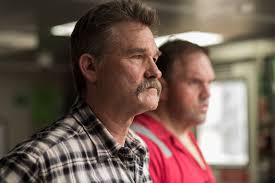 The Horizon disaster and subsequent massive oil spill are the result of greed and negligence, and another film can me made of the aftermath (a haunting preview of that hypothetical film shows up in Deepwater Horizon in the form of an oil-soaked, disoriented pelican). But the story of the event itself and the harrowing odds the crew fought against to stay alive deserves its own film, too, and Peter Berg has turned that resilience into a nail-biting, tense disaster film worth seeing.