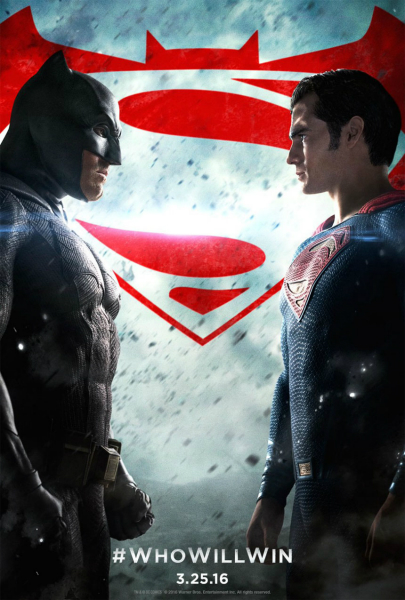 Okay, the critics have spoken, and I have to add that there is more joy beating a dead horse than there is watching “Batman v. Superman”. Director Zack Snyder could be given a pass for some of the squabbles audiences had with his “Man of Steel”. Actually, I enjoyed that movie. But Snyder’s latest comic book folly is like an Electrolux Vacuum, it practically sucks all the joy of watching a super hero movie. 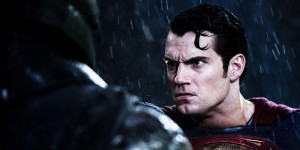 The damn thing is 2 1/2 hours long, and a good deal of it is worthlessly spent on slow motion and close-ups that are suppose to represent high drama – empty bullet shells cascading to the floor, Superman’s hand slowly opening a swinging door as he enters a courtroom, everyone delivering their best angst-ridden faces. God, the whole thing is so damn pretentious and exhausting. The audience kept hoping for something to happen, but it rarely did.

Yes, there is the occasional line or two that shows some wit, and a long-awaited entrance by Wonder Woman that actually prompts cheers. And, probably one of the best Batman fight sequences in recent film history that nearly mimics some of the popular game play (and that’s not even with Supey). But the affair as a whole grows tiresome about fifteen very long minutes in. In fact, my 16 year-old was falling asleep. 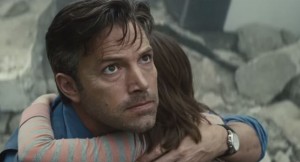 Snyder attempts to bring not just the myths to life, but deliver it in an operatic fashion. We see the results of the last movie (“Man of Steel”) from the poor people down below, who become victims. And, Bruce Wayne happens to witness this as well. All they see is two aliens tearing the city apart without a care for human kind. At least that is the way it is perceived.

Enter Mark Zuckerberg. Oops, I mean Lex Luthor as played by Jesse Eisenberg, coming across like a spoiled rich, psychotic dot com kid, who is suppose to be a genius. What a horrible misstep this was. After the fun Gene Hackman brought to the role, and the menace delivered by Kevin Spacey, Eisenberg’s portrayal is annoying at best. Luthor eventually sets up a fight between the man perceived as a false god and the famous vigilante of the night. And, to throw in the kitchen sink, Luthor is resurrecting General Zod as Doomsday. 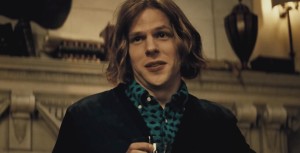 Eventually, we get to the point where we just do not care. We grow tired of Superman wrestling with his god complex, Bruce Wayne/Batman fighting back all his deep-rooted anger, and Luthor babbling like an uncontrollable child. What we do not get is a cohesive story, and characters we truly care about.

Sadly, this iteration of Batman is depressing and head scratching to many of us. Snyder’s Batman is killing criminals with semi-automatics, and branding them with a bat iron, making this Dark Knight more akin to The Punisher. It’s almost jarring to see Bruce Wayne turned into Charles Bronson from “Death Wish”. But make no mistake, there is far more laborious high drama than there is action. This may not be the super hero movie you take the little ones to. 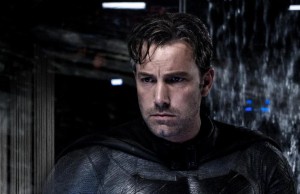 On the other hand, it must be pointed out, for all the nay sayers, Ben Affleck does an admirable job as Batman/Bruce Wayne when he’s given the chance. But far too often he’s hampered by bat toys (Batmobile, Batplane, Batarmor), and horrible close-ups.

I do not recall this many close-ups and this much jumbled action in a movie since the early days of Michael Bay and Peter Berg (“Hancock”). The CGI is overused, especially towards the end, making me long for the next Marvel movie or Netflix/Marvel and CW super hero show. It’s a sad state of affairs, because shows like “Daredevil”, “Jessica Jones”, “Arrow”, and “The Flash” have more heart and soul than Snyder’s monstrosity, and they are given probably a tenth of the budget, if that. 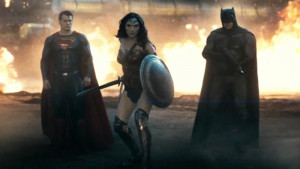 To be honest, many of us after hearing so much bad word of mouth went in with low expectations. Unfortunately, that was not enough. The audience came out discussing which was worse – “Spawn” “The Amazing Spider-Man 2” Raimi’s “Spider-Man 3” or “Batman vs Superman: Dawn of Justice”. You know a film is in trouble when others start saying that Snyder’s “Sucker Punch” was actually more enjoyable. Remember when everybody could not wait until good ol’ George would release the reigns off the “Star Wars” franchise? The same is probably being said right now of Snyder’s involvement before there is no justice given to the Justice League.