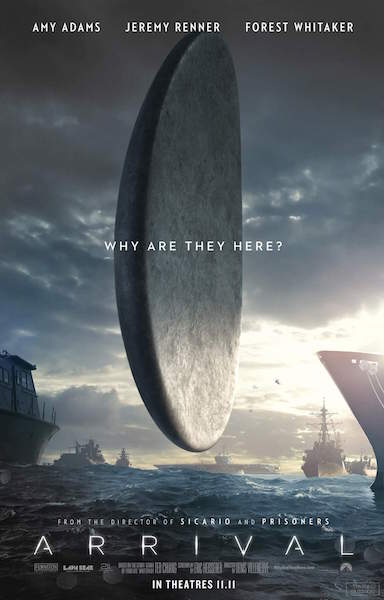 Arrival is a flat-out masterpiece.

Denis Villeneuve (Sicario, Prisoners) has crafted and elegant science fiction movie that harnesses every aspect of filmmaking to tell a surprising, smart and truly awe-inspiring story. 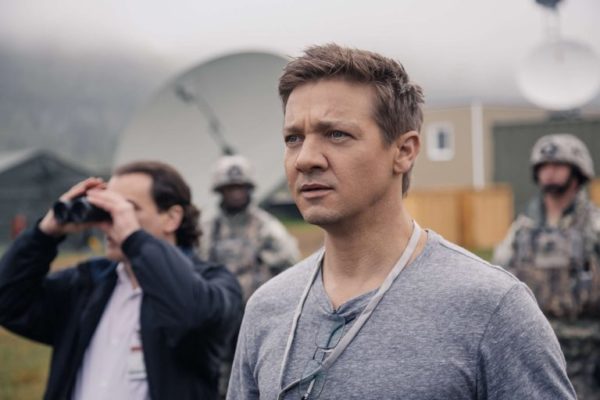 The concept of aliens landing among us and anxious humans struggling to determine what they want isn’t new. From The Day the Earth Stood Still to Independence Day, the alien invasion story has unfolded in many different ways. All the more refreshing that Arrival somehow summons up a new take. Alien vessels start appearing in twelve different places around the globe and the government (and military) wisely take to field experts to determine how best to deal with them. Amy Adams plays Louise, a language expert, and Jeremy Renner plays Ian, a scientist.

Louise and Ian are given access to attempt communication with the alien race to determine their purpose, which could lead to numerous dangerous situations. Are the aliens hostile? Will the governments of the world cooperate? Will they overreact? The result of the whole is a meditative take on the nature of the heart, believe it or not (Independence Day bypassed that option in an alien invasion film). I hope a sentence like that lets you know there is a LOT more going on here than they let on. 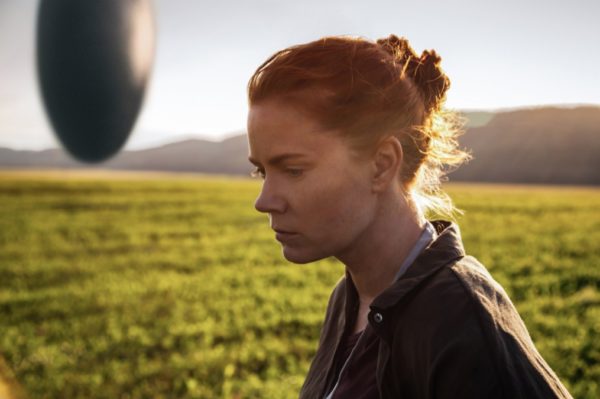 Arrival isn’t told with world-wide spanning effects and mind-blowing visuals, it focuses on Louise, and let’s the global narrative play out through her actions, and Adams is up for the task, delivering a subtle, emotional performance as a seemingly broken woman trying to generate hope out of unease. Renner is solid and supporting performances from Forest Whitaker and Michael Stuhlbarg round out a great cast of leads.

The night before seeing Arrival, I saw an outdoor screening of E.T. – The Extra-Terrestrial, and that film got me thinking about how director Steven Spielberg utilized everything at his disposal to make the best movie possible – shot composition, score, photography, performances and more in a confident, patient mix. If it wasn’t already revered as a classic, I wonder if today’s restless audience, used to having information delivered at a hundred miles an hour, would have the tolerance to let that movie unfold at the pace it does. Villeneuve brings simliar confidence and ambition here, garnering excellent work from his team – DP Bradford Young, composer Johann Johannsson, editor Joe Walker – and incorporating the perfect pace and emotional depth. This plays out as if Terrence Malick made a Kubrick movie. Arrival asks a lot of the viewer, and if you’re not in sync with its message and heart, that’s on you. 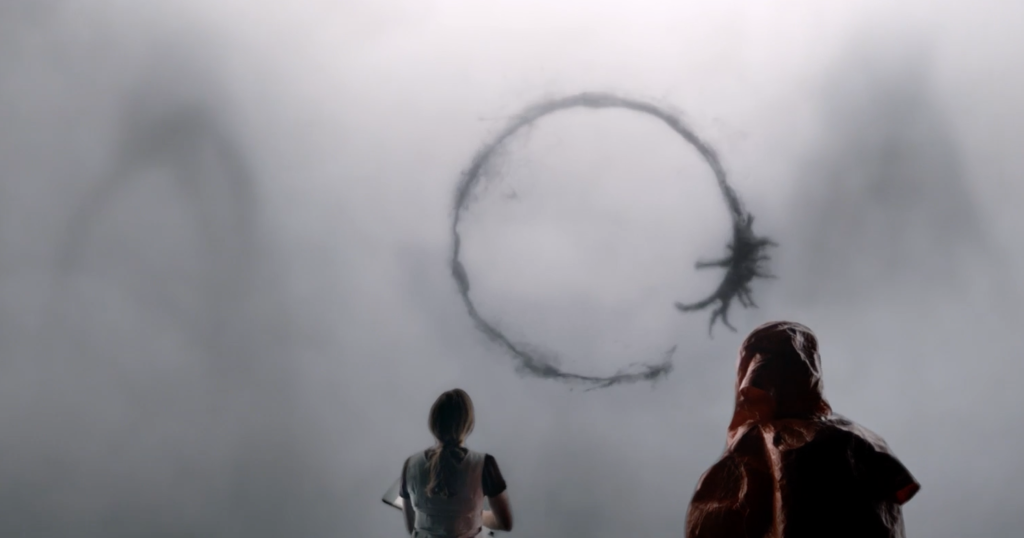 Comparison to Spielberg is right on as parts of Arrival resemble Close Encounters of the Third Kind, and yet Close Encounters isn’t as moving. Arrival has one of those finales that changes your perspective of everything that’s come before, always a fascinating film conceit.

During this unbelivably heated election season, you might be shocked to see the government turn to intellectualism to deal with “foreigners”. Shouldn’t we just build a wall around the aliens? Blame one another for how the situation is handled? Part of that is here, but overall, the most welcome theme of hope and globalization is on display in this wildly impressive new film from Denis Villeneuve. I’m a huge fan of his previous movie Sicario and this bodes well for a career’s worth of risky projects – up next, Blade Runner 2049.