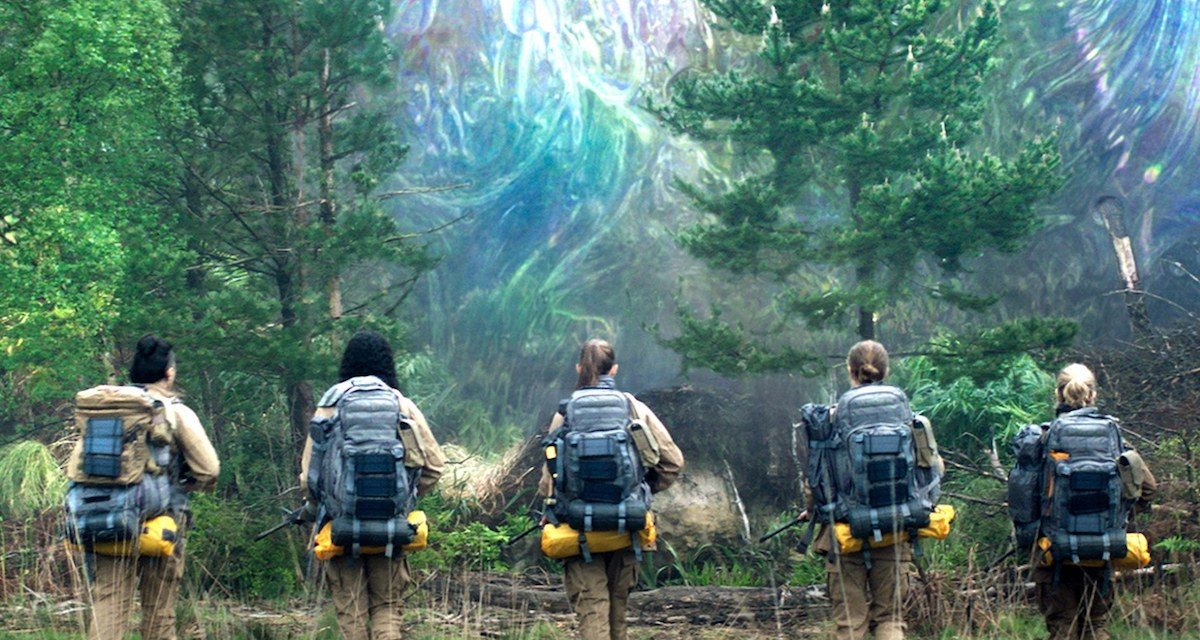 WHERE IS THE LOVE?

You would think Paramount Pictures had a winner on their hands. Fresh off his success, critically, financially, and award-wise from Ex Machina, writer/director Alex Garland was given the chance to bring the 2014 Nebula Award Winner Annihilation to the screen. He had a budget nearly three times the size of his last film. The project was a female lead cast, right out of the book, with four women (a biologist, an anthropologist, a psychologist, and a soldier – the last profession changed from the book, originally a surveyor) venturing into an area where a “shimmering” electromagnetic field has been growing, and other expeditions have failed. In these times where more women-centric vehicles are being called for, this sounded like a qualified hit. It also came attached with a major star, Natalie Portman.

Opening to mostly great reviews, Annihilation was annihilated at the box office. In fact, Paramount was so concerned for the future of its movie that it took no further chances. They sold it to the international arm of Netflix for a March 12th release for what was reportedly nearly the budget of the film. Why didn’t anybody give this film a chance? Was it the high-minded material and “director’s final cut” that might have gone over the average viewer’s head? Was it the vague advertising campaign or perhaps Natalie Portman’s presence was just not enough to generate excitement to see it in theaters.

Alex Garland’s latest is nowhere near as good as his previously modest, titillating mystery/drama/sci-fi piece, Ex Machina. It’s also missing the charisma of Alicia Vikander’s presence. Not that Natalie Portman doesn’t have the acting chops, but something is missing from Portman’s performance. There feels like a disconnect with the audience, but I’ve felt this way in regards to other movies she’s been in. In fact, the whole affair feels like one big disconnect. The cast is very monotone serious. Yes, it is a life or death struggle that could lead to catastrophic results, but no one feels alive. When some die, we just accept it.

Not that the picture is not good. It’s a sci-fi geek’s dream, but it lacks the awe or wonder of a Close Encounters or Alien that drew large audiences. Also, the cinematography has a dull and drab look to it, whereas Ex Machinaappeared to pop out and envelop us in its fascinating world. And though the effects are unusually different, they are just not memorable. Even the shock and fright factors are buffered. But, Garland and his producer Scott Rudin would rightfully argue that their film is not about all that. Annihilation is a thinking man’s (and women’s) drama/fantasy/science fiction story that was made to raise the consciousness of the viewer much like 2001: A Space Odyssey did in its day.

But, the filmmakers did not take into account today’s audience that floods the theaters for the latest super hero or Fast and Furious movie. Perhaps they were aware and had hoped to elevate audiences, which is a noble quest, but not a financially secure one. I am the last one to demand that material be dummied down, but I also felt the weight of the drama in Annihilation that seemed to drag the momentum of the film down at times. We can have an intellectual and entertaining movie at the same time, Garland proved that with Ex Machina.

On the positive side, Alex Garland gives us something unique and unsettling. He really doesn’t need the monsters that appear. They merely seem like something to grab our attention when there is too much analyzing of the flora and fauna. Yet, when he does have them come lumbering at us, you can’t help but cringe as to their realistic size and bizarre behavior. The world created in the “shimmer” is a fascinating one that made me wonder what is just around the corner. Which is good, until Portman’s character opts to go into a tight cavern which caused me to roll my eyes, like yelling at the screen, “don’t go in the basement.”

Once again, it’s a pleasure to see Jennifer Jason Leigh deliver such a pessimistic hard-edged performance. Her streak, after appearing in Tarantino’s The Hateful Eight and the horror/sci-fi Morgan is kept alive with Annihilation. Unfortunately, the other women, Gina Rodriguez (Deepwater Horizon), Tuva Novotny (Eat, Pray, Love) and Tessa Thompson (Creed, Thor: Ragnarok) do not fare as well in nearly forgettable roles that are practically exchangeable.

Alex Garland may have created something quite unique, but his movie, and perhaps the material itself, is a science fiction, paranoid thriller that lands closer to something far more familiar than most people would think, the 1956 Don Siegel classic, Invasion of the Body Snatchers. The dressing may be fancier, the concept much higher, but the germ sneaks up on us in a similar way. Annihilation sticks by its own set of rules and demands the viewer to think rather than react. It’s one of those films that may die at the box office, but will find new life in the home entertainment market.