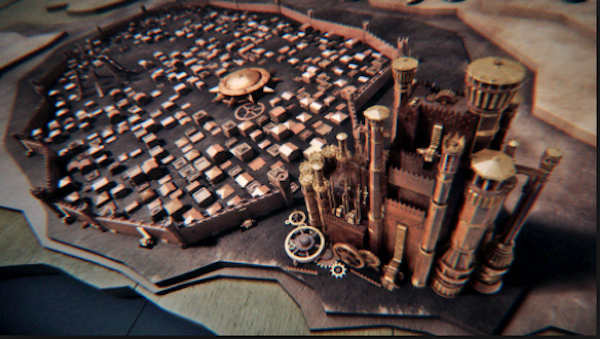 This blew my mind.  Youtubers Beyond the Brick have given us a motorized, spinning LEGO Red Keep straight out of the opening credits of Game of Thrones.

Those opening credits have become a part of the experience of watching Game of Thrones, and entering the world of the seven kingdoms and beyond.  Now, a piece of that sequence has been immortalized in LEGOS!

Built by Claus-Marc Hahn from BricksCreations, this Red Keep is made up of 125,000 separate LEGO pieces, and powered by four motors.  Entertainment Weekly reported on it today.  The video was posted a few days ago.

RELATED:  Thoughts on the New GAME OF THRONES Teaser

If you’re like me, the first time you saw the opening sequence for Game of Thrones you were awed by it.  Every week, while the show is airing, I make a point to watch the opening sequence, revel in it’s artistry, and see what houses/locations are being featured.  I’ll never forget the first time I saw Winterfell featured as a smoking husk of it’s former self. It made me so sad!  And, I spent every episode after that waiting for it to be saved, doused, and then returned to the Starks.  I had to wait a long time.  But now, winter is here.  I wonder what will happen to the Red Keep now that Cersei has loosed her fury on Kings Landing!  Good thing Hahn got this built when he did.

Season 7 of Game of Thrones premieres on HBO on July 16.  For now, you can get a taste of the show by watching the video below.

Hint:  if you’re into LEGOS, keep watching for a number of LEGO Game of Thrones characters!