The daughter of the dragon has changed. In a new still shared by EW, we see Misty Knight, played by Simone Missick, sporting a very different look in season 2 of Luke Cage. For those wanting to avoid The Defenders spoilers, please run for your lives now and come back later!

At the end of The Defenders, Knight ran into some trouble. Some trouble as in she got her arm cut off by The Hand minion Bakuto. When we last saw her, she was in Danny Rand’s own hospital being watched over by Colleen Wing. The arm loss is a change from her comic counterpart. In the comics, Knight loses the arm after she was caught in a bombing. Her bionic arm was created by none other than Tony Stark. Will we see the same thing here?

RELATED: Check out our recaps of The Defenders here!

In addition to just being a functioning arm, her arm in the comics grants her superhuman strength. Currently, things are under wraps as to who creates her arm and what kind of powers Misty Knight possesses. But we’re sure she’s ready to kick some major butt with her enhancement.

What do you think of the image below? Are you psyched for season 2? Let us know! Be sure to come back to Geek Girl Authority for more Marvel news. Luke Cage‘s season 2 will air on Netflix in 2018. 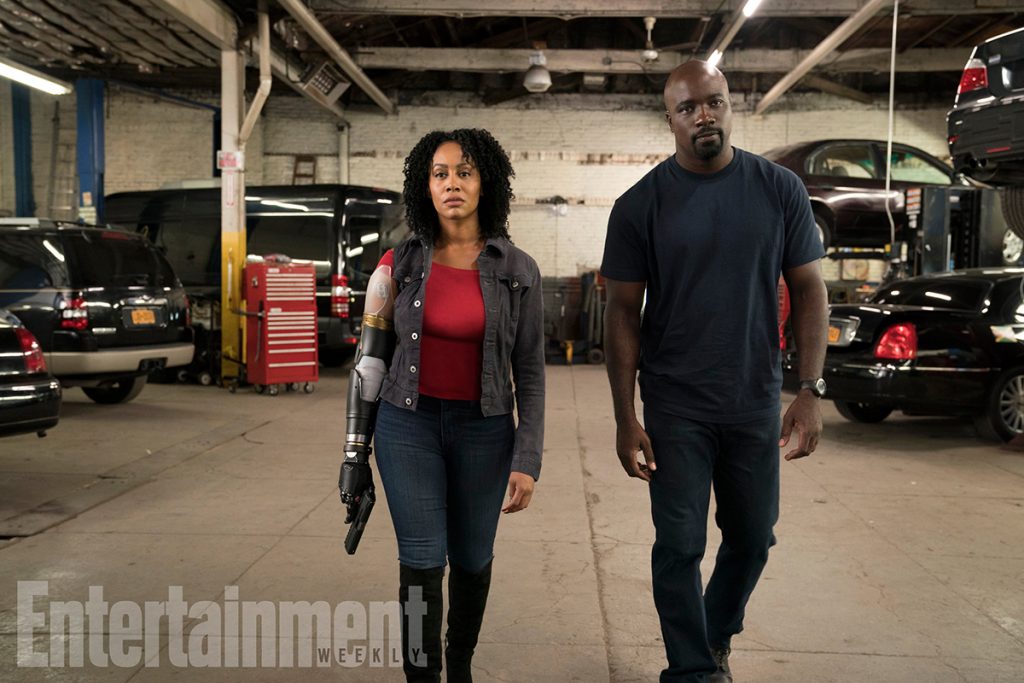