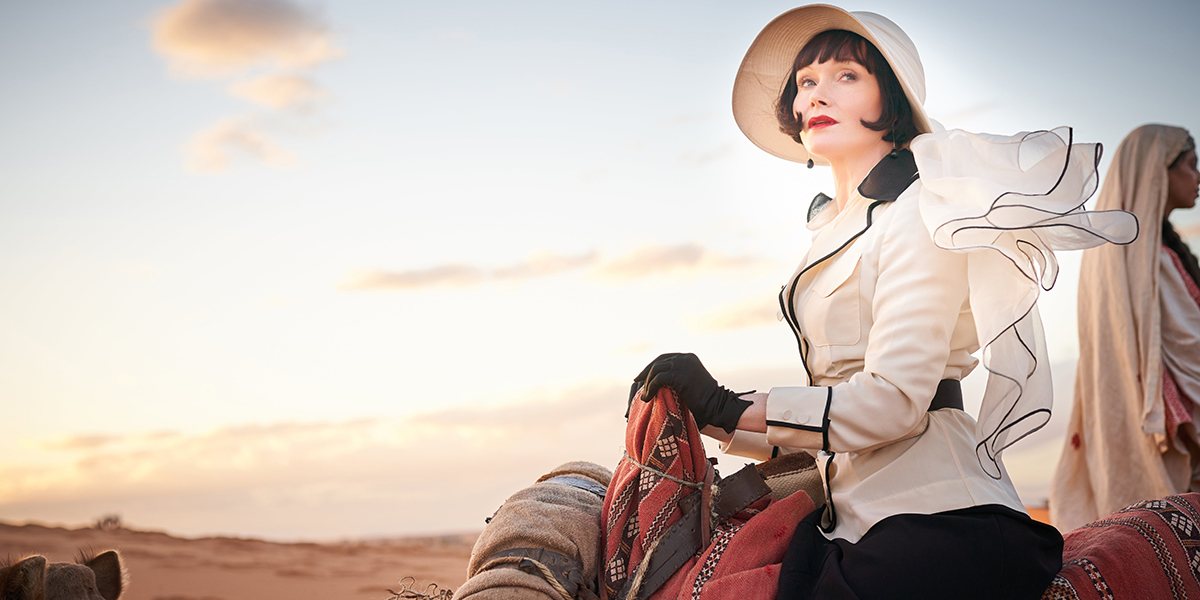 The long awaited feature film Miss Fisher & the Crypt of Tears, the first new entry following the international hit television show since the conclusion of the third season aired in 2015, will have its World Premiere at the Palm Springs International Film Festival on January 4, 2020. Australian audiences will get to see the film in theaters on February 27, and US audiences will FINALLY get to see it in theaters and streaming in March.

Miss Fisher & the Crypt of Tears was filmed on location in Melbourne, Australia, and Morocco. It will bring back the phenomenal Essie Davis as The Honourable Miss Phryne Fisher. The producers say that her “exploits in 1920s Melbourne, Australia, lead her to murder, mystery and mayhem from London to British Palestine.” Also returning for the feature film are the delicious Nathan Page as Detective Inspector Jack Robinson, Miriam Margolyes as Aunt Prudence and Ashleigh Cummings as Dorothy ‘Dot’ Collins. 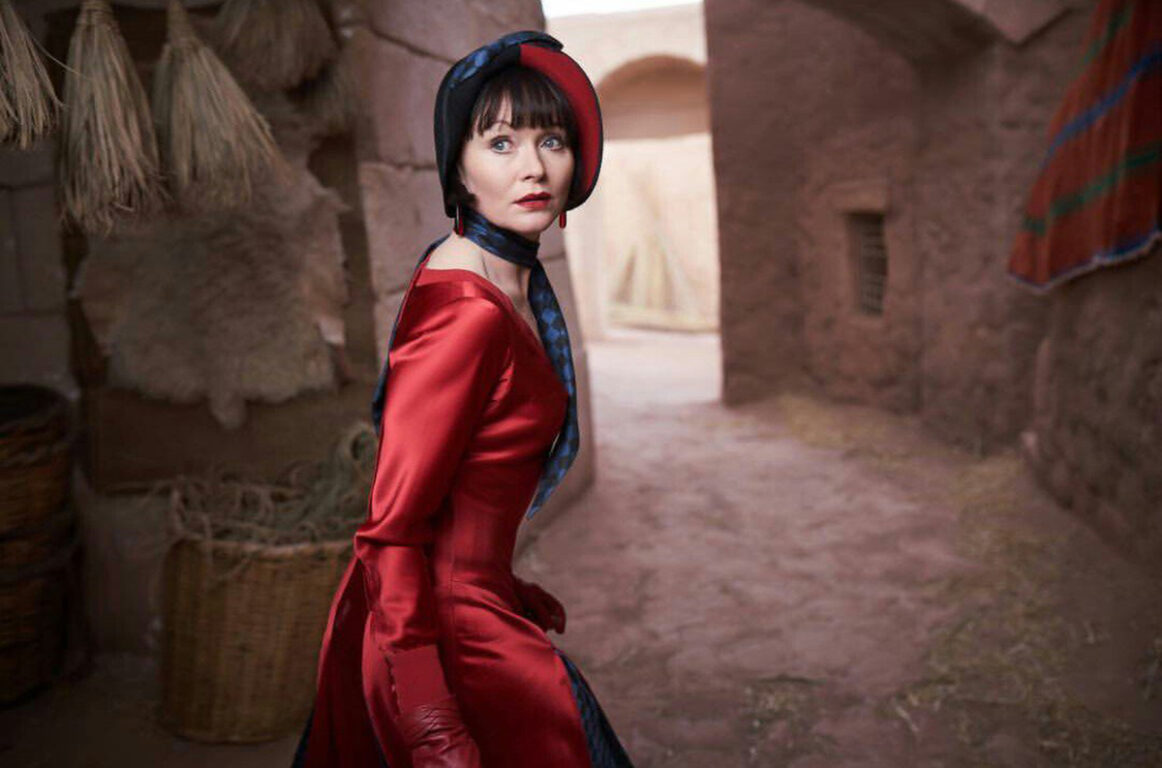 No official word on the rest of the supporting cast from the series, but Hugo Johnstone-Burt (Constable Hugh Collins) Anthony J. Sharpe (Cecil Yates) and Travis McMahon (Bert) are all included in the cast list on the film’s IMDB page, so fingers crossed that the whole gang really will be there.

What can we expect? They say: “The film opens with the Hon. Miss Phryne Fisher rescuing Shirin Abbas (Izabella Yena), a young Bedouin woman, who has been thrown into jail in British Mandated Palestine, for making trouble at a time of colonial unrest. After a perilous escape from Jerusalem, she rejoins Shirin as a fellow guest in the home of Lord and Lady Lofthouse (Daniel Lapaine and Jacqueline McKenzie, respectively), for the London ‘season’ and she pledges to help her right a wrong and discover the truth about the Crypt of Tears – an ancient crypt rumoured to lie somewhere beneath the rolling sands of the Negev Desert.”

The trailer hasn’t yet been made available to US audiences, but stay tuned for it here: www.missfisherthemovie.com. 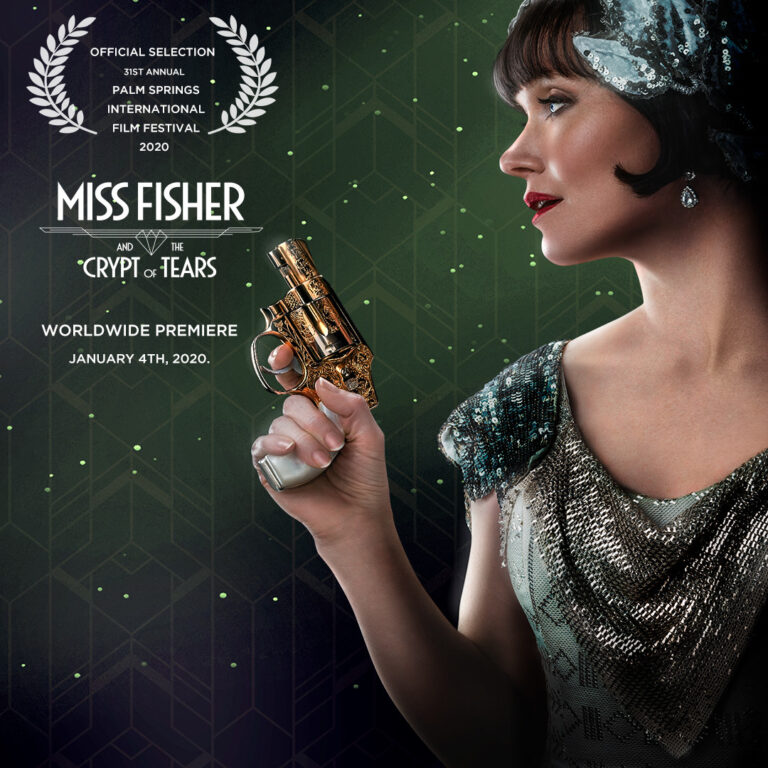