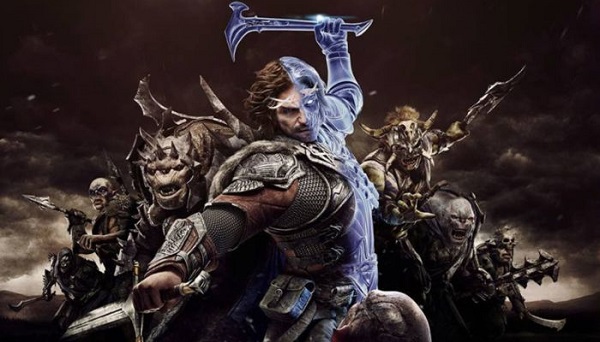 If you haven’t played the first game Middle-earth: Shadow of Mordor but you’re a big fan of The Lord of Rings universe, then the game is a must play. Be warned, spoilers for Shadow of Mordor below.  So if you just want to watch the trailer and avoid spoilers, skip to after the Balrog photo.  To be fair, you should probably play the first game before watching a sequel trailer.

The first game is set in between the events of The Hobbit and The Lord of the Rings. In the game you play a Captain of Gondor Talion (voiced by Troy Baker) who is killed by the Black Hand of Sauron (voiced by Nolan North). Upon death his spirit is merged with the wraith of a dead Elf Lord/master smith named Celebrimbor (voiced by Alistair Duncan). Together they vow to bring down the orc horde and the Black Hand in order to avenge the deaths their families.

What’s great about the game, other than the open-world setting, is the combat style which incorporates hack and slash combos, skilled bow shots, and stealthy “stab a bunch of Uruks in the back” moves. Another unique feature of the game is the Nemesis system. This system ranks special Uruks who commanded Sauron’s armies. On the open map, you can hunt these Uruks and take them down. As Uruk Captains and Warchiefs fall, others can take their, but if you lose to them, they grow stronger. Each Uruk Captain or Warchief has strengths and exploitable weaknesses and once defeated, will drop special runes that can be equipped onto the player’s weapons. According to the Target listing, the Nemesis system is in the sequel, but that has yet to be confirmed. 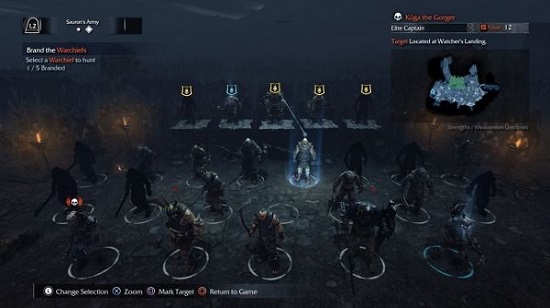 Combat aside, the story itself is what you expect the first story of a series to be. You are given glimpses into the old lives of Talion and Celebrimbor so you can better understand their quest for revenge. You meet characters along the way who provide guidance and aid to Talion/Celebrimbor throughout their journey, including Gollum who follows Celebrimbor in the hopes that the Elf Lord can help him find the One Ring.

In the end, revenge is achieved, but Talion convinces Celebrimbor to stay with him not only to take down Sauron but to help him forge a new Ring of Power.

Now in Shadow of War, the trailer picks up an indeterminate amount of time after Shadow of Mordor. Talion and Celebrimbor have made it to Mount Doom, and we see them forging the new Ring of Power. Soon after the ring is forged, a force separates Celebrimbor from Talion. This is interesting because as it’s understood from the first game, it is Celebrimbor’s spirit that is keeping Talion alive.  So if Celebrimbor is gone, then how is Talion still breathing? Is the ring keeping him alive? So many questions!

So there you have it, war is coming to the Black Gate of the Mordor, and Sauron has made his appearance. 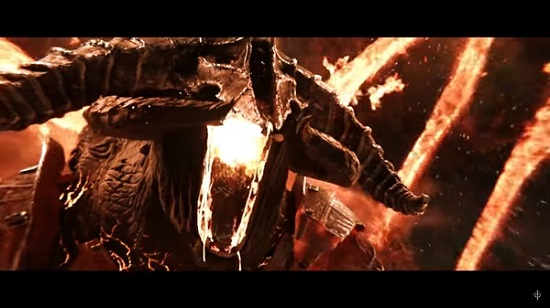 Mark your calendars for the gameplay reveal on March 8th.

Middle-earth: Shadow of War will be released on August 22, 2017 for the PlayStation 4, Xbox One, and PC. You can pre-order now.

Check out the announcement trailer below.