Home » Movies » THE MATRIX is Getting a Reboot

THE MATRIX is Getting a Reboot 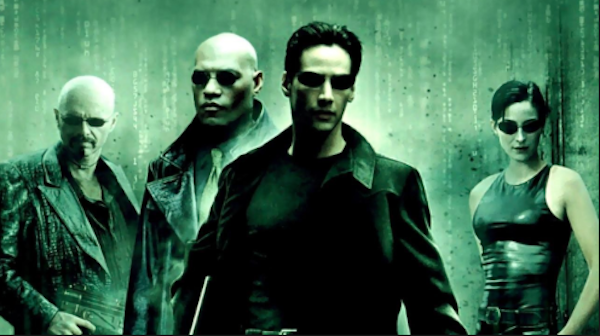 You heard me!!  The Hollywood Reporter got an exclusive today from sources saying  that Warner Brothers is ‘in the early stages of developing a relaunch of The Matrix.’  Zach Penn, who wrote X-Men: The Last Stand, The Avengers, and the upcoming Ready Player One film, is in talks to write a treatment.

Now to be fair, this is all very early talk.  ‘Zak Penn is in talks to write a treatment’ means that there’s no script yet.  They’re not even close to production.  This is just development, and a lot could happen between now and a premiere.  The report also used the word ‘relaunch’ which could mean a million things.  It’s possible that this will be a different story completely.  Maybe it won’t be Neo’s story at all.  Maybe it will.  Maybe it will be a total reimagining.  Maybe it won’t.

What we do know, is that currently the Wachowski siblings, who wrote and directed the first three Matrix movies, are not involved in this project.  Take that to mean what you like.  And, again…  it’s still early.

This is big news for fans of The Matrix, and for fans of film.  The Matrix is sacred ground for a lot of fans, so let’s hope Warner Brothers treads lightly.

We’ll most definitely keep you informed.