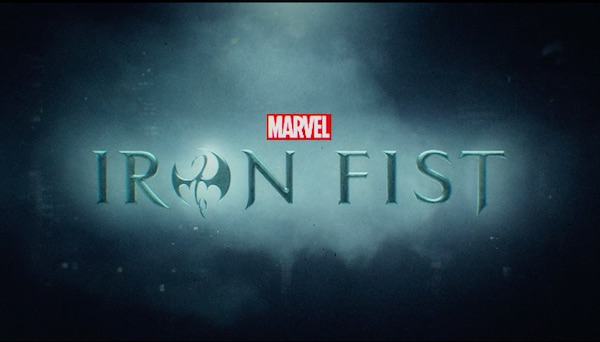 Iron Fist opens on the streets of Manhattan. A group of women walk down the street, each pulling a suitcase behind them. They are shown throughout their day, each hard at work selling a brand new wonder drug. It’s like opium, only better.

Meanwhile, Danny Rand (Finn Jones) stands in his office. A Rand employee sits in front of him, quickly giving him the rundown on the new wonder drug. While there is nothing illegal about the drug, its’ effects will send the city spiraling towards a mass epidemic. Danny looks around as he sits behind his desk. He has to do something about this.

Later, Danny goes to speak with Ward (Tom Pelphrey) about the city’s growing drug problem. Not only are the drugs coming through the Rand pier, but everything seems to be connected. Danny looks Ward straight in the eye, “The Hand is using our company to smuggle synthetic heroin into our city…”. However, Ward is blatantly dismissive. He has real business in the real world to get to. Ward stands up and leaves Danny struggling for a next step.

Across town, Colleen (Jessica Henwick) works out at the Dojo with yet another familiar face. She holds a pad while she helps Claire Temple (Rosario Dawson) polish her fighting form. Both women look surprised when Danny sticks his head in the door and flashes coy smile. He ordered takeout. 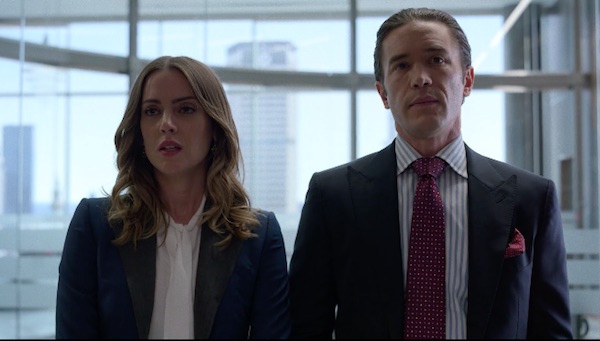 While Ward and Joy (Jessica Stroup) butt heads about how to proceed with the struggles of Rand Enterprises, Danny sits down with Claire and Colleen. Both women side-eye each other as Danny pauses to pray. As they eat, they talk about Danny’s time at the monastary. Colleen practically chokes on her wine as she hears Danny took a vow of chastity. Not being stupid, Claire uses that moment to back out, thus giving Colleen and Danny some alone time. However, the moment isn’t a romantic one for Danny, and he proceeds to tell Colleen about the heroin. She pauses, unsure how to react when he asks for her help scoping out the pier. 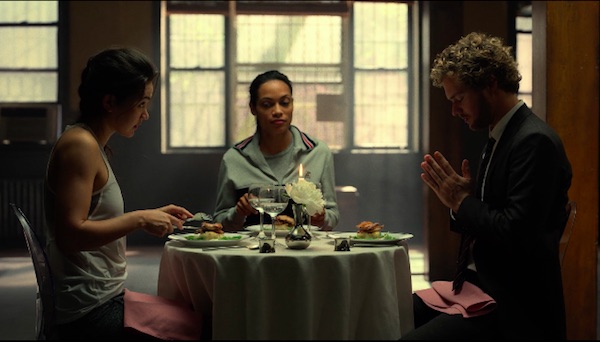 Later, Colleen and Danny enjoy a date of their own. The affection between the two grows as they flirtatiously play with Colleen’s weapons. While she demonstrates the proper way to use a katana, Danny shows his flair with nunchucks. As the sequence comes to an end, they are ready to investigate the pier.

That night, Colleen and Danny’s relationship continues to develop as they scope out the pier. They watch silently as dock employees work their way through trucks loaded with equipment. However, Colleen can only watch as Danny goes down to investigate and ends up locked in one of the vehicles.

While Colleen follows in a car, Danny uses the brief moment of peace to investigate the truck. Moving through a curtain Danny finds a middle aged man watching soccer. This is the Chemist. However, they aren’t alone, and as another man leaps over the sofa, a fight breaks out. Unfortunately, the Chemist is stabbed in the brawl. Once Danny bests his opponent, he uses his fist of fury to break out of the truck. As they drive off with Colleen, it’s lucky they know a nurse. 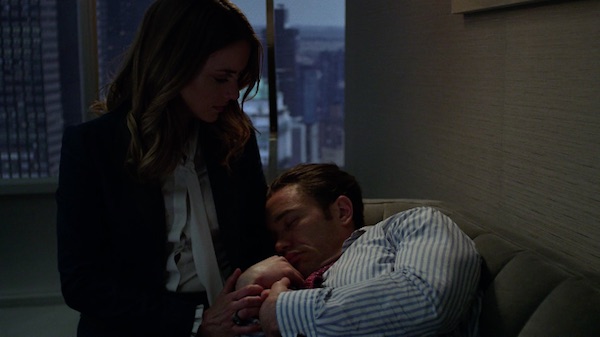 Meanwhile, Ward is barely clinging to his sanity. Everything with his Father, Danny and Joy has him on edge. To make matters worse, Harold is always watching. Joy enters after he has taken a likely dangerous mixture of pills and bourbon, but they share a tender moment as he gradually comes out of his haze. Despite everything going on around them, the bond between the siblings is a strong one.

At the same time, it’s lucky for Colleen and Danny that Matt Murdoch (Charlie Cox) has given Claire so much practice with field nursing. There’s a few tense moments, but she patches the Chemist’s stab wound using only tape and a credit card. The delirious man looks up at them, revealing that The Hand took his daughter. Suddenly, reality hits Claire squarely in the face. She stumbles back, startled. “You just started a war by taking him”. Danny stands up, his body language resolute, “I’ve been training my whole life for this…”. 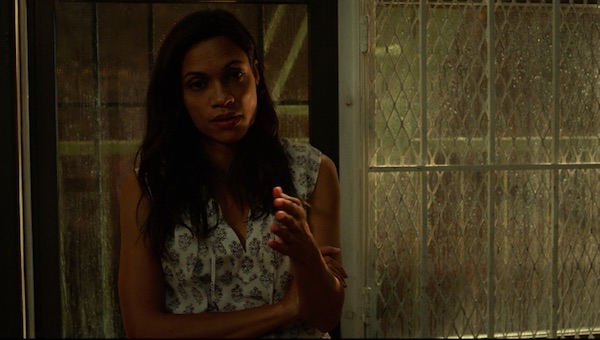 Across town, the Hand is in clean-up mode. Who is this man who can punch through solid metal with only his fists? There’s a dramatic moment as the faceless woman kills her henchman and turns around. It’s Madame Gao (Wai Ching Ho).