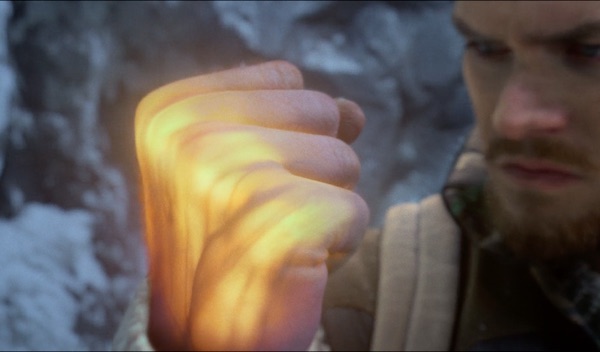 Iron Fist opens as Harold Meachum (David Wenham) enters his penthouse. He fixes his tie. He looks happy and ready to face the day. Behind him, news footage plays on the television. It turns out the DEA is searching for Danny (Finn Jones).

At the same time, Ward (Tom Pelphrey) meets with Jeri (Carrie-Ann Moss) inside his Rand Enterprises office. He is convinced Danny’s charges are false. However, Harold enters the office, interrupting the conversation. He’s ready to re-enter the world as well as take his rightful place at the head of the company he helped found. So what he’s been dead for more than a decade… 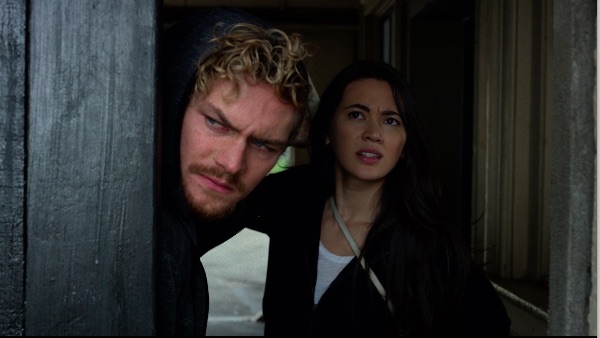 Meanwhile, Danny finds himself an outsider once again. He hides in the park as Colleen (Jessica Henwick) brings him a fresh set of clothes. She informs him that Harold managed to get drug trafficking and money laundering charges filed against him. Danny is now a wanted man. They need to get in contact with Jeri. Luckily, Claire (Rosario Dawson) is not yet under suspicion, and still has the freedom to deliver a message. 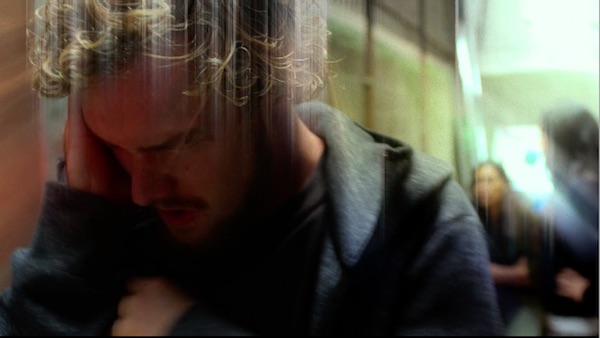 A few minutes later, Claire brings Jeri to a darkened back-alley where she meets with Danny and Colleen. She quickly outlines the charges both are facing. They are in serious trouble, and they need to get any information capable of clearing their name.

Later, Danny and Colleen re-infiltrate the Hand’s factory. While they stealthily move through the corridors, the place seems eerily deserted. However, the factory still has one occupant. Madame Gao (Wai Ching Ho) sits quietly in her holding cell, seemingly bemused by everything going on around her.

Madame Gao is a master manipulator. While the three talk in her cell, Gao does everything she can to swing Danny to her side. Could Harold Meachum have been responsible for the death of the Rand family? Colleen hovers near-by, barely hiding the hostility in her body language. 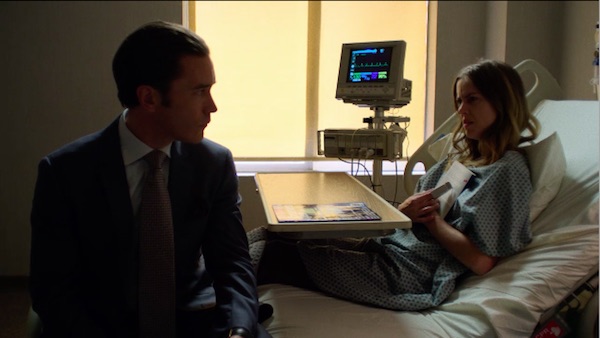 Meanwhile, Ward visits Joy (Jessica Stroup) in the hospital. While she’s looking better, she is not happy to see her brother. Despite everything he tells her about Harold, she refuses to trust him. “You’re the one who scares me more, Ward”. However, she sits up and takes notice when he drops a newspaper in front of her. She looks down at the picture of Danny, who is now facing serious federal charges.

Later, Danny, Claire and Colleen park outside of Rand Enterprises. Their plan is to break into the building. However, the moment is interrupted when Ward calls Danny. They need to wait. It turns out Harold has a room full of armed guards waiting for them inside the office. Suddenly, blood sprays over the glass and Ward slumps forward as Harold materializes behind him. He looks at his son’s unconscious body, “Why do you always have to do things like that?”.

While Harold drags his bleeding son further into the office, he shifts his glance to his henchmen. It turns out, Danny Rand is in the building….

There’s a moment of silence before Danny bursts in through the window, his Iron Fist ablaze. Colleen quickly joins the fray, as chaos breaks out in the executive suite. Ward pushes himself to his feet, blood streaming down his shirt. Harold looks to his son, “Move and I’ll hit you again”. The entire fight builds to a crescendo as Danny hits the ground with his Iron Fist, sending a shockwave through the building like an explosion. 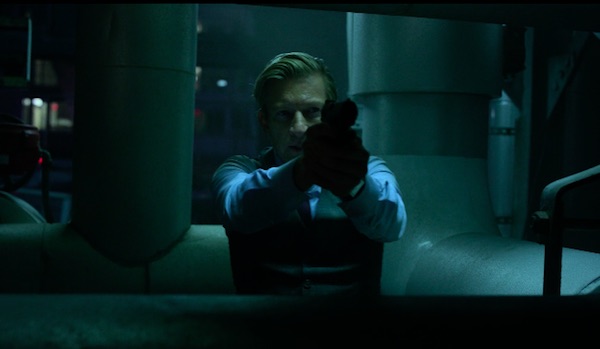 The fight moves to the roof. As they stand off, Harold taunts Danny. He reflects how he once stood with Wendell on that same spot before the Rand building opened. As they looked out over the Manhattan skyline, Harold recounts having the sudden urge to push Wendell over. He could have ended all of this then…

Harold knocks Danny out with a sharp blow to the head; however, the resulting flashback gives the Iron Fist renewed vigor. Danny snaps back to consciousness, and the ferocity of his blows sends Harold flying onto a sharp piece of metal. Will the difficult to kill business titan be able to bounce back from being impaled?

With a pained yell, Harold pushes himself off the post as Colleen sprints onto the roof. Harold fires, but Danny blocks the shot. In response, Ward fires two quick shots, which send Harold swan diving off the edge. 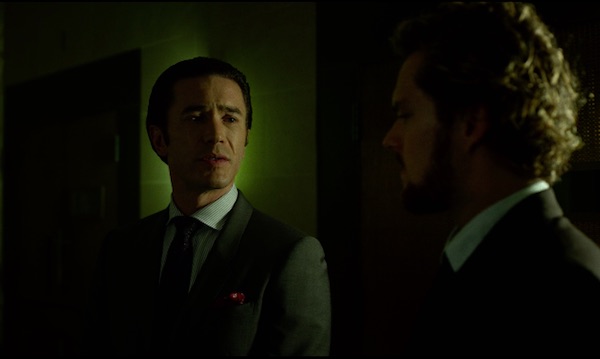 Later, Ward and Danny talk together as they wait for Harold’s body to be cremated. An emotional Ward is thankful for Danny’s support, as Joy shut herself off from all communication. Jeri enters. It turns out, she managed to beat Danny’s DEA charges. Furthermore, the young billionaire will now be giving a sizable donation to the DEA Widows and Orphans Fund.

Danny arrives back at the dojo as Colleen and Claire train. The three later talk over pizza, but the ladies are disappointed when Danny reveals he wants to return to K’un-Lun. Relief floods Colleen’s face as he asks her to join him. She throws her arms around his neck.

Meanwhile, Ward returns to Rand Enterprises alone. Across town, Joy and Davos (Sacha Dhawan) sit down to lunch together. There’s a somewhat sinister mood hanging over the moment. It seems this isn’t the last Danny has seen of this pair. Davos thinks for a moment, “Danny needs to be removed. I can help you with that…”.

Later, Danny and Colleen hike through the mountains on their way to K’un-Lun. They come across a horrendous scene, a number of monks lay dead in the snow. Turning a corner, K’un-Lun has disappeared.