Iron Fist opens as Danny (Finn Jones) wakes from a sound sleep. The scene is idyllic. He finds himself in a spacious bedroom, white curtains billow behind him. Looking over, Colleen (Jessica Henwick) is fast asleep next to him. 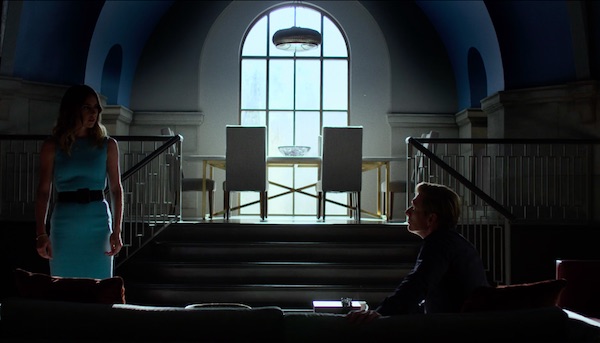 Meanwhile, Joy’s (Jessica Stroup) staring her daddy issues squarely in the face. She can’t understand why Ward (Tom Pelphrey) and even Danny knew that her father was still alive. However, now it seems no wonder why Ward “is the way he is”. As she talks with Harold (David Wenham), Joy desperately wants to understand as well as to believe her father. However, a part of her is uneasy.

At the same time, Colleen shows Danny around the camp she sees as home.  While they walk and talk, Bakuto (Ramon Rodriguez) joins the conversation. It seems the facility is a combination school and dojo. This is Colleen’s family. She reveals that they took her in when she needed it most.

While Colleen goes off to make sure lunch is prepared, Danny and Bakuto continue their conversation in his office. Danny is suspicious. What does this facility provide Bakuto? Together, the men watch film footage from World War II showing a previous Iron Fist. Both his fists blaze ferociously as he protects a building entrance in China. This is what Danny could become. However, their conversation is interrupted as Danny’s phone rings. It is Joy.

Danny is stunned as Joy passes the phone to Harold, but he shakes off his surprise. Danny quickly fills in Harold, who is gleeful at the news that Madame Gao (Wai Ching Ho) won’t be giving them any more trouble.

Later, Bakuto appears to be more than he seems. Sitting in his office, he gets a rundown on Danny’s phone call with the Meachums’. However, Bakuto pauses as a giddy Colleen enters. All of a sudden, the hardened dojo sensei is little more than a giddy schoolgirl. She begs Bakuto to let her “tell him”. Colleen doesn’t like keeping secrets from Danny, but Bakuto stops her. It seems there’s still a few matters he needs to investigate. 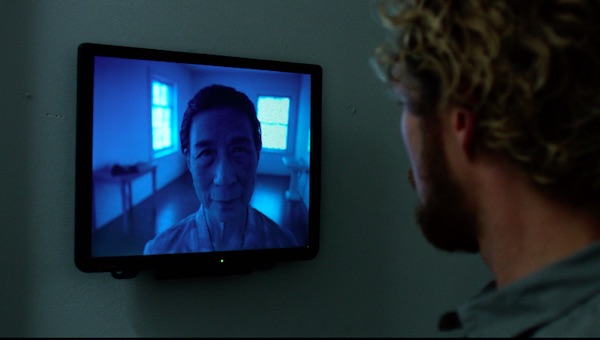 However, Danny is busy with some investigating of his own. He’s antsy. Something about this place seems too good to be true. He climbs into a restricted building, and silently makes his way through the corridors. As he steps inside a room, he glances to a screen. Madame Gao stares back at him. It has been previously seen that Madame Gao is a master manipulator. While Danny speaks with Gao, she raises his suspicions. Could someone on Team Iron Fist be hiding something from him?

With Danny increasingly on edge, he returns to Colleen, who’s patiently awaiting his return. As the two talk, the truth finally comes out. Colleen is a member of The Hand. The fact plunges the lovers into an argument, reducing Danny to little more than a sniveling teenager. Hurt and betrayed, he storms off.

Later, Danny takes a late night stroll through the grounds and stumbles into a security room. The Hand has camera angles on everything. This is too much for Danny, who flies into a fit of rage and destroys the room. However, he pauses as Bakuto enters. The two men fight, but Danny comes out on top, and leaves Bakuto in an unconscious heap on the floor.

Meanwhile, Harold visits the Rand building. This time he wants to be seen. Sitting across from the same man who led the plot against Joy and Ward, he sets his plans into motion. While it initially looks like a blackmail scheme, Harold’s plan suddenly shifts. “I want you to kill yourself… go out a tortured hero…”. However, when he resists, Harold promptly shoots the man in the head.

Back with Team Iron Fist, Danny attempts an escape from The Hand. However, there’s one little problem. He can’t center his chi. As a result, he’s unable to summon his Iron Fist in order to break through the gate and escape. As Bakuto brings a mass of fighters down on Danny, there’s a shift in his luck. Colleen hovers near-by and flips the gate open. She watches sadly as he leaves. 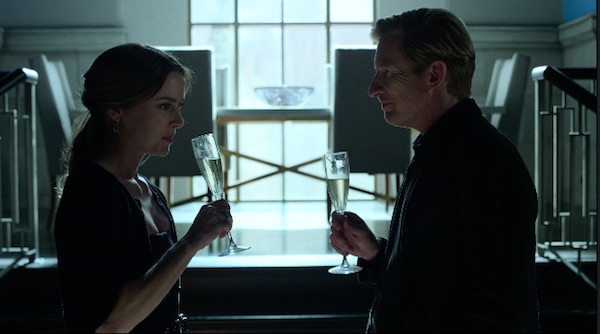 In the city, Harold’s little plan worked brilliantly. Thanks to a well delivered statement from Joy, the Meachum siblings (as well as Danny) are officially reinstated to Rand Enterprises in hopes they can right the sinking ship.

Please consider supporting me if you've liked my recent work. I could always use the support (and frankly, I'm running low on funds) https://ko-fi.com/planetjane