MARVEL’S IRON FIST Recap: (S01E09) The Mistress of All Agonies 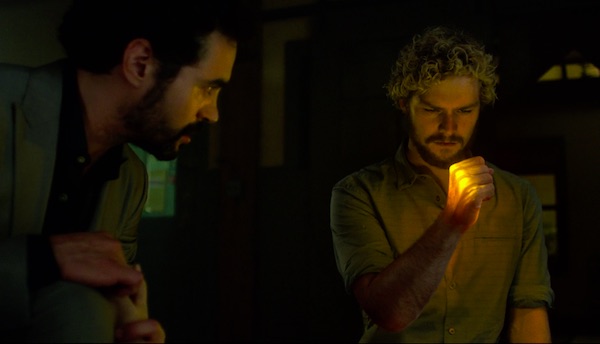 Iron Fist opens in a serene swamp. It’s quiet and peaceful. However, the moment is shattered as someone bursts from the water. Surprise! It turns out Harold (David Wenham) isn’t dead… or at least he’s back from the dead. As he pulls himself onto the bank, he looks down at his stomach. A knife still protrudes from his wound. What on earth happened to him? 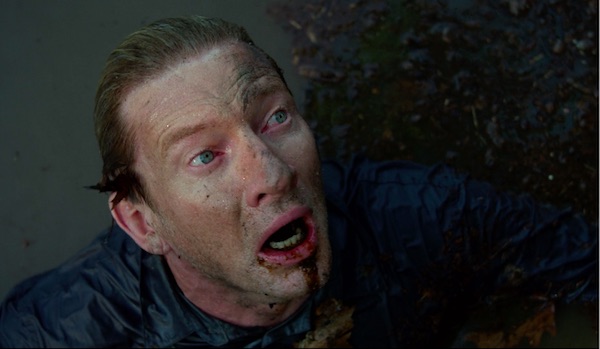 Meanwhile, back at the Dojo, Team Iron Fist surrounds Madame Gao (Wai Ching Ho), who’s tied to a chair. There’s discord amongst the group. Do they keep her here? Should they turn her over to the police? While the group talks, Claire (Rosario Dawson) has an idea: sodium pentathol. They can give her truth serum. 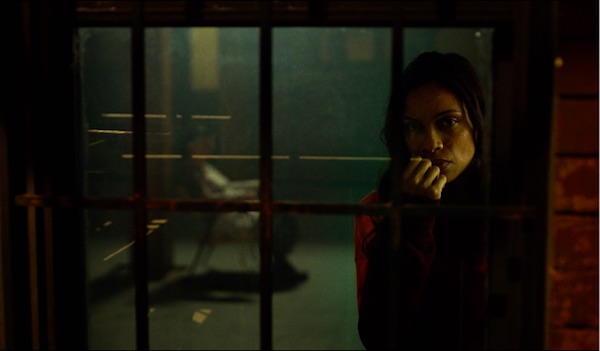 Later, Harold arrives in Manhattan. He stumbles down a residential block before he stops in front of an open fire hydrant. Children play around him in the thick summer time heat. He is dazed, seemingly harmless, and almost childlike.

Across town, it’s Claire’s turn to face off against Madame Gao. While the crime boss initially wouldn’t talk, now it seems she won’t shut up. While the two women verbally spar, Gao picks apart Claire’s personality with laser like precision. Without working too hard, she manages to find and exploit each of Claire’s insecurities.

At the same time, Harold steps inside the Rand Enterprises building for the first time in decades. With each step, memories flood back to him.  While he roams through the corridors, the building is strangely empty.

Later, Ward (Tom Pelphrey) returns to the penthouse and gets the surprise of his life. Daddy’s back. He looks his father up and down. “Why aren’t you dead?” While the two men talk in the living room, Ward can’t hide his shock when Harold pulls him in for an emotional hug, “I’m so, so, sorry Ward”. 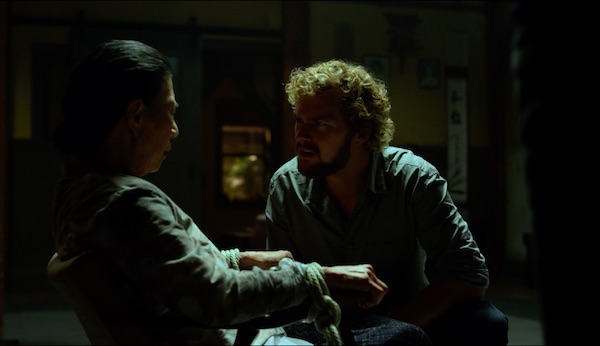 Meanwhile, Danny (Finn Jones) returns to the Dojo armed with the truth serum. There’s a tense moment as Claire injects the solution, and they set to work on the interrogation. Danny is surprised when she tells him that it was his mother who she manipulated. It seems his father was innocent. However, their progress is interrupted when Colleen (Jessica Henwick) stumbles out of the bedroom. She’s been growing sicker by the day. It turns out, she was nicked by a poisoned weapon while they were in China. However, Gao resists when they push for more information. Colleen’s time has come.

The tension escalates in the Dojo as the lights go out. There is a beat of silence before chaos ensues. Men drop from the ceiling. Did the Hand find their hiding place? However, even at half capacity, Team Iron Fist manages to take out the swarm of attackers. Suddenly, Gao promises to turn over the antidote Colleen needs, but they have to let her go. It seems they have her worried. How will Danny respond?

Meanwhile, Harold arrives back in penthouse along with his faithful assistant Kyle (Alex Wyse). Harold suddenly decides that they are going to celebrate with some ice-cream. He has provided every flavor they young man could want. However, Kyle wants vanilla. Harold snaps. “It’s just ice-cream!” Kyle cries, as Harold stands over him menacingly. Harold’s response is curt, “Just shut up and die”. 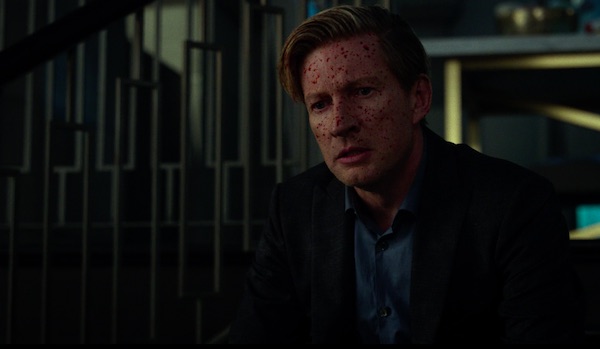 Later, Ward’s life seems once again to be spiraling out of control. He steps outside and comes face to face with two police officers searching the front seat of his car. It turns out, they saw a number of heroin patches on the seat, giving them probable cause to search. Before Ward can seemingly blink, he finds himself on a 72 hour psych hold.

At the same time, Joy can’t stop thinking about the building Ward took her too. She enters, and follows unquestioningly as doors open, leading her upstairs. She takes a breath as she enters the penthouse. “Daddy?” She asks, shock spreading across her face as she finally comes face to face with her father. 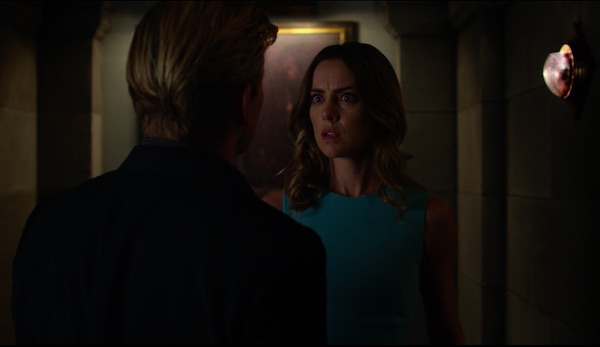 Back at the Dojo, there’s a knock at the door. Looking up, it’s Colleen’s mysterious visitor (Ramon Rodriguez). Claire looks around, clearly on edge. “How do we know this isn’t another trap?”. The man smirks, “Look out your window”. Suddenly, one of the soldiers drops from the floor above, dead. As he enters and looks over Colleen, Danny turns to face him, “Who are you?”. He doesn’t take his eyes from Colleen, “My name is Bakuto”.

Danny’s overwhelmed as Bakuto turns on him, “You’re the Iron Fist, aren’t you? Heal her!”. With the mysterious visitors help, they heal Colleen using Danny’s powers. Exhausted, Danny collapses in a heap.

Claire watches helplessly as Colleen and Bakuto carry Danny outside to a waiting car.