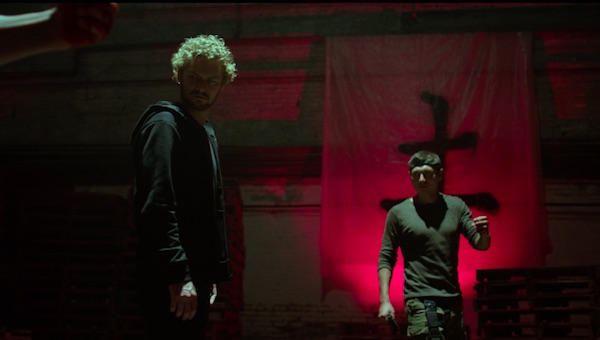 Iron Fist opens inside a restaurant. Two men butcher an animal in the the kitchen as they hear a commotion outside. Entering the now empty dining room, they see a bowl on a table. Inside, there’s a note. One of the men looks to the other, “The time has come”. 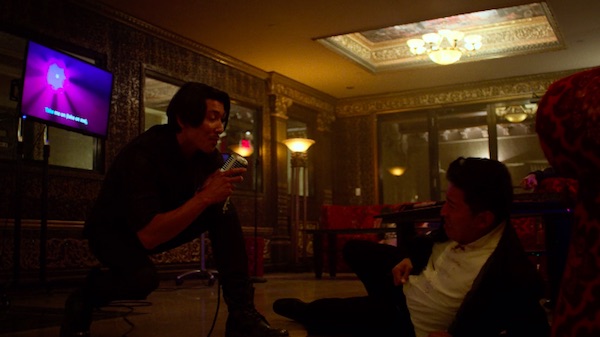 Meanwhile, another man sings A-Ha karaoke inside a quiet bar. However, there’s one thing wrong. His audience isn’t merely quiet, they’re dead. As he goes into the next chorus of “Take On Me”, one of the audience members struggles to crawl away. Barely missing a beat, the singer easily catches him, and strangles the man with his microphone cord.

At the same time, the Meachum’s are in crisis mode. While the video evidence of Danny’s (Finn Jones) humanity is spreading like wildfire, Joy (Jessica Stroup) and Ward (Tom Pelphrey) are struggling to control the business. Tension bubbles between the siblings. The sudden onset of Ward’s personal demons in the last episode left Joy feeling alone and frustrated. With few other options, Joy hires a crisis management team.

At the same time, Colleen (Jessica Henwick) and Claire (Rosario Dawson) crouch over the Chemist. His condition is rapidly declining, and despite the man’s objections, he needs to go to a hospital.

Meanwhile, Ward must babysit Danny as he investigates factories across town. Not only is Danny looking for signs heroin, but also clues as to the whereabouts of the Chemist’s missing daughter. While they are unsuccessful, they do stumble on the severed head of the henchman Danny fought in the previous episode. Danny examines the body, and finds an address inside the mouth. It turns out, the address is an invitation to face the Hand. The criminal syndicate is challenging him. 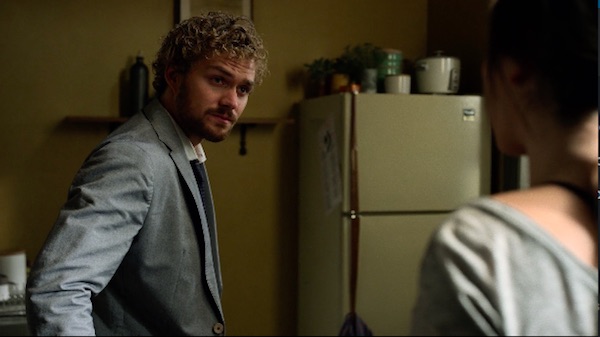 Later, Danny returns to Colleen and Claire, who are becoming increasingly edgy. While Danny explains everything to them, Colleen insists on coming with him. She’s not letting Danny face the Hand on his own. However, there’s one thing Colleen doesn’t count on. Danny is just as stubborn as she is. 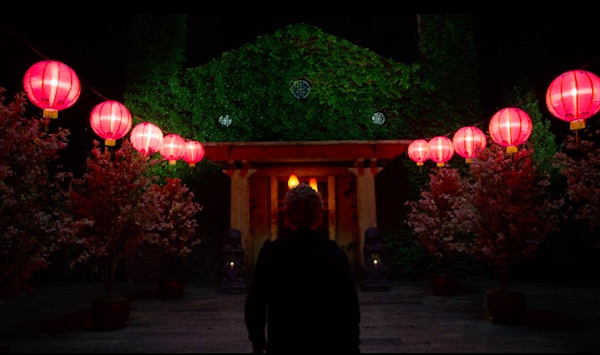 Serene tension hangs in the air as Danny arrives to accept the challenge. Madame Gao (Wai Ching Ho) emerges from the darkness, accepting his terms. Danny hides his nerves well as he begins a fight to the death. The two men from the butcher shop circle him hungrily.

While the fight drags on, the momentum shifts repeatedly as Danny struggles to keep up with his two opponents. It seems the only thing keeping him grounded are the memories from his time in the monastery. A disembodied voice tells him, “You can’t be in two places at once, so you must be a double edged sword”. This makes sense to Danny, and it doesn’t take him long to overpower the two men.

Across town, Claire is visibly on edge as finally bring the Chemist to the hospital. Her old life, as well as uncomfortable memories of the Hand are staring her straight in the face.

Back with Danny, his second challenge is not proceeding quite as smoothly. While the first battle was a straight fight, this one pits him against a seductive woman armed with spider venom. He drops to the ground as she straddles him slowly. “Just give in,” she tells him. However, this is all Danny seems to need. He throws her off him, the voice in his head once again pulling him back from the brink. 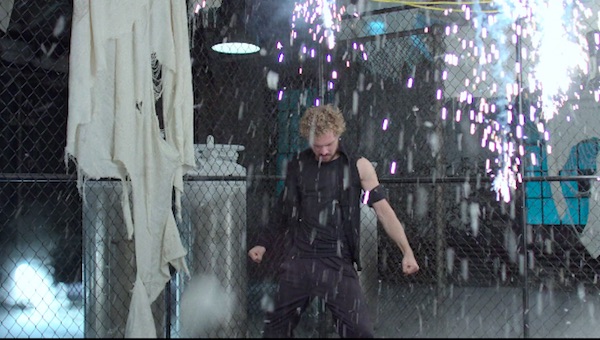 While Claire and Colleen wait for news, they can’t shake the feeling something is wrong. It seems when they turned the Chemist over to the hospital staff, he never made it to the operating room. They spring into action, but are unable to intercept the ambulance as it leaves the hospital.

Meanwhile, Danny struggles as he approaches his final challenge. The voice in his head continues, “Are you willing to kill Danny Rand so that the Iron Fist may live?”. Danny’s body language is exhausted, but defiant as he enters the final poorly lit room.

Inside, the man from the karaoke bar stands in front of a rack of knives. Despite having his pick of weapons, Danny opts to use his bare hands. He is “the weapon” after all. The fight progresses surprisingly well, especially considering the intimidating array of knives Danny is forced to block at any given moment.

While the fight continues, Danny’s inner self takes over. His Iron Fist glows to life, and he quickly overpowers his opponent. However, as the action slows they see Madame Gao with the Chemist’s daughter in front of her, a knife pressed to the girl’s throat. Danny’s overwhelmed. “I withdraw!”, he says.  This is exactly what Madame Gao wants to hear, and she pushes the girl in Danny’s direction.

With the challenges seemingly over, Madame Gao taunts Danny with a discussion of K’un-Lun. However, Danny’s facade only cracks when she mentions Wendell Rand. Rattled, Danny turns to face her. Suddenly he is thrown back by the ninja equivalent of a force push.

As the episode comes to a close, Danny hobbles toward the gate of the complex. While he achieved what he came for, the encounter has shaken Danny to the core.