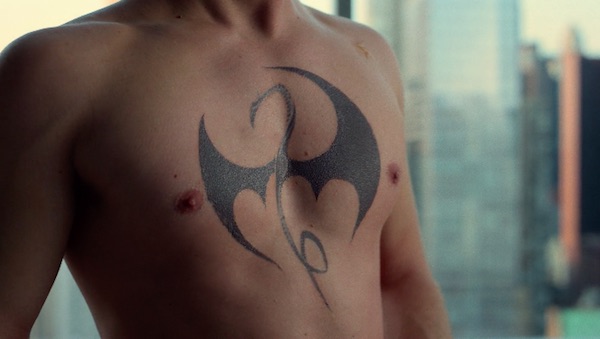 As Iron Fist opens, Danny Rand’s (Finn Jones) lucky street continues. While things looked pretty bleak for Rand in the closing minutes of the last episode, he manages to grab onto a post as he falls from the Meachum penthouse window. Thus the drop is still painful, but a bit less bone crunching. 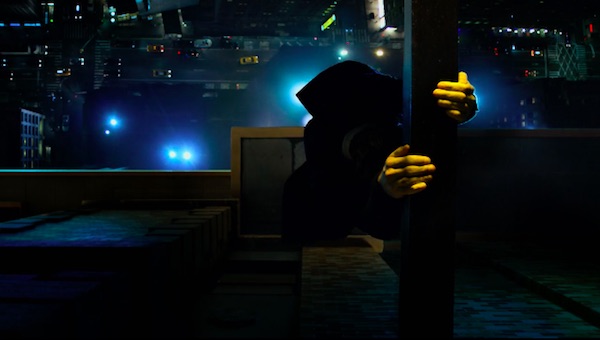 Later, Danny wakes up inside Harold’s fortress. His head is pounding, but he’s generally okay. Ward (Tom Pelphrey) slowly enters, and the men look each other over. Their banter is understandably tense. Ward did kick Danny out of a window after all. There’s a brief moment of humor; however, as Harold (David Wenham) enters. A shocked Danny glances to Ward, “You see him too?”. Ward remains silent and watches icily as Harold embraces Danny, “You’re home now”. Danny melts into the hug, “You have no idea how long I’ve been waiting to hear that…”.

While the men sit down to talk, Harold tells Danny how he cheated death. It turns out, Harold did have cancer. However, a mysterious group called the Hand came to him with a proposal for how he could beat the terminal diagnosis. Ward’s veneer cracks as Harold turns to his son, demanding Ward drop all litigation against Danny. “Why don’t we give him his Father’s old office?”, Ward says, his snark showing through. Harold smiles in return, “That’s a great idea!”.

Danny and Ward make a quiet exit. Despite Danny’s relief at finally feeling acceptance, there is a general feeling that Harold is far from genuine. 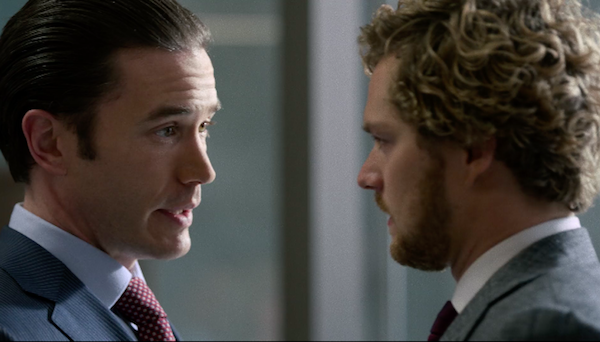 Later, Danny makes his grand return to Rand Enterprises. Joy (Jessica Stroup) is shocked, but seems pleased as Ward tells her the news just before they are whisked into a press conference. While the day to day running goes on around him, Danny wanders through the office in wide-eyed wonderment. No one seems to feel comfortable around him, and in turn Danny sticks out like the proverbial sore thumb. However, he’s still the majority share holder in the company. The team must listen to him. 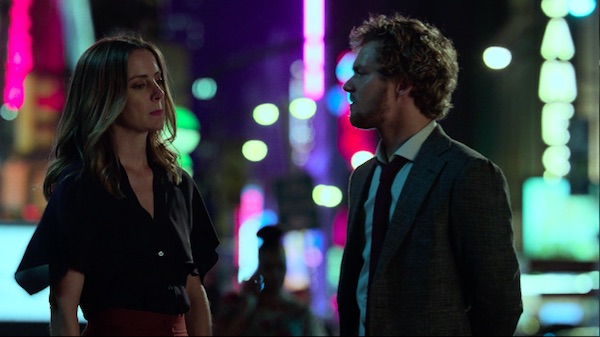 That night, Joy takes Danny out on the town. While the two wander through Manhattan city streets, Joy finally admits that it was she who turned the bowl over to Jeri (Carrie-Anne Moss). “I had to do the right thing,” Joy says, cracking a small smile. The two appear to let down their guard as they continue, discussing life, love and all things business. However, the moment is interrupted by a knock at the door, followed by a scream from Joy.

Danny sprints outside to see Joy struggling with a group of men. While the terrified Joy watches, Danny easily takes on the large group. The battle takes them into an elevator, and when the door opens on the ground floor, Danny emerges victorious. 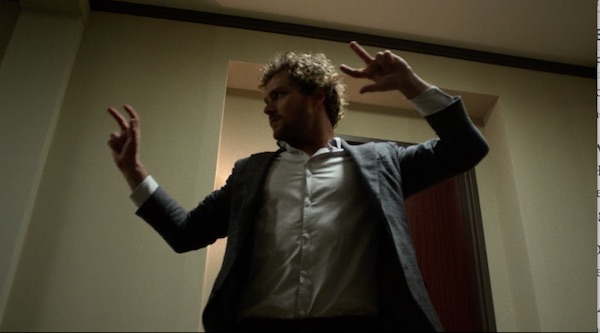 While Danny later investigates the Triads and their connection to the Hand, Harold receives another late night visitor. They throw a ski mask at him, saying they are going for a ride. When he can finally see again, Harold is rewarded. Purchasing the pier for the Hand was deeply appreciated. The emotion builds in Harold’s face as he looks across a courtyard to see his daughter in her brownstone. She dabs a bruise from her run-in with the Triad. Turning to his captors, Harold asks for one more favor.

Later, a group of armed attackers burst into the Triad’s restaurant. There’s a moment of tension as they demand to know who hit Joy Meachum. One of the attackers bravely steps forward. However, before he can react, one of the men brings a sword down onto his head. With their message suitably delivered, the team makes a quick exit. As they jump into a getaway car, one of the men removes his mask. It’s Harold. 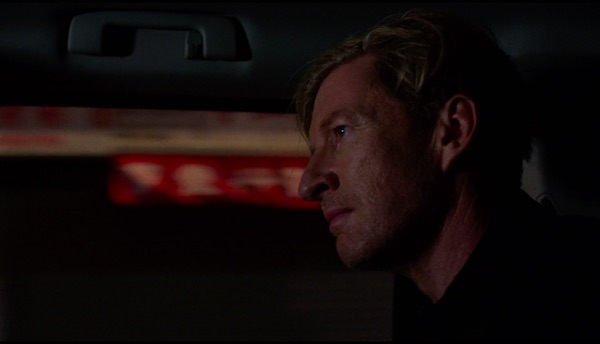 The next morning, Danny works out in his office. He starts as there is a knock at his door. Looking outside, the hallway is quiet. There is a container on the floor. Inside, there is a note. 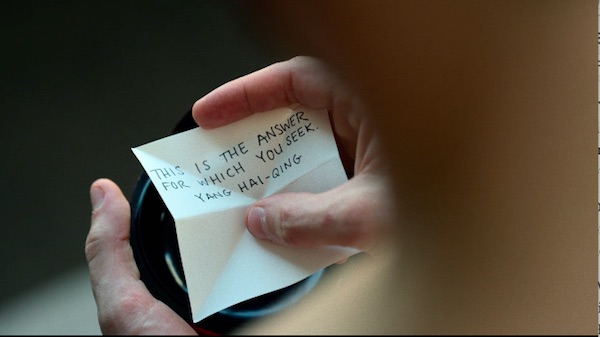 As he looks at the note in his hands, the shot pans back to reveal Danny’s tattooed chest.