We’ve all seen the Luke Cage teaser by now. Therefore, it stands to reason that we are all very familiar with just how pitch perfect and bad ass this series is going to be. But, if you have NOT seen the teaser, which features a song by Ol Dirty Bastard, then watch the teaser here and now before reading the news below because it’ll make everything that much better!

But did you know that every single episode will be named after a song by Gang Starr, a rap duo from the 90’s? Luke Cage show runner Cheo Hodari Coker made this announcement at San Diego Comic Con and now he is tweeting out a name for one of the episodes every Friday until we get to September 30th, when the series premieres on Netflix. 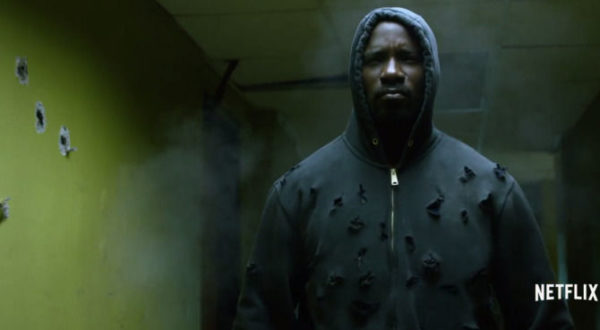 Look for new titles every Friday until SWEET September 30th.

#LukeCage . One “Moment of Truth.” Two: “Code of The Streets”. Three: “Who’s Gonna Take The Weight?

We’re guessing that, before long, we’ll see Step in the Arena, Ex Girl to Next Girl, Code of the Streets and Tonz ‘O’ Gunz.

But we’re just making guesses on what those episodes could look like!