LUCIFER Recap: S03E04 What Would Lucifer Do?

Lucifer episode, “What Would Lucifer Do” opens with Lucifer (Tom Ellis) once again doing what he does best. “What’s your deepest, darkest fantasy?”. A scantily clad woman looks down at him, “To have sex in the ball pit of a Chucky Cheese”. Well, that wasn’t he expected. However, the moment is broken as her husband walks in. Lucifer though remains surprisingly cool. He puts on her robe and walks downstairs to face the angry spouse. When things seem ready to move to violence, Lucifer looks up the man over. The middle aged judge proceeds to spill everything to our title character. He misses his ex. Why did he even marry the yoga instructor? 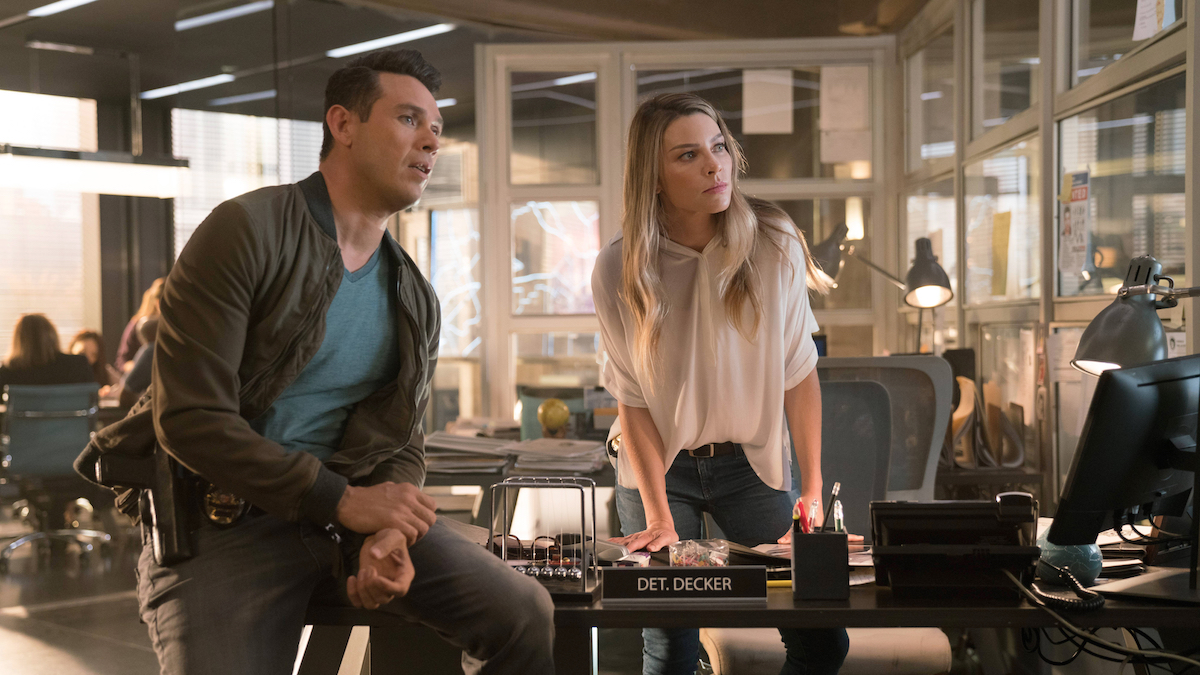 Later, Chloe (Lauren German) goes to visit the Lieutenant (Tom Welling). She has an idea… perhaps if she takes on some additional responsibility in the department, maybe he would like her then. However, much to her dismay, Pierce doesn’t bite. Instead, he throws her a file… they have a body.

After dispatching with a frustrated Amenadiel (D.B. Woodside), Lucifer catches up with Chloe at the crime scene. They watch as a body of a young girl is pulled from a water trough. Her name is Emily Goddard. To make the case more interesting, the establishment is a reform program for wayward youth. They’re surrounded by “ne’er do wells”. There’s a moment before they find a tool belt stashed nearby. In fact, a specific tool is missing… and it perfectly matches the description of the victim’s wound. 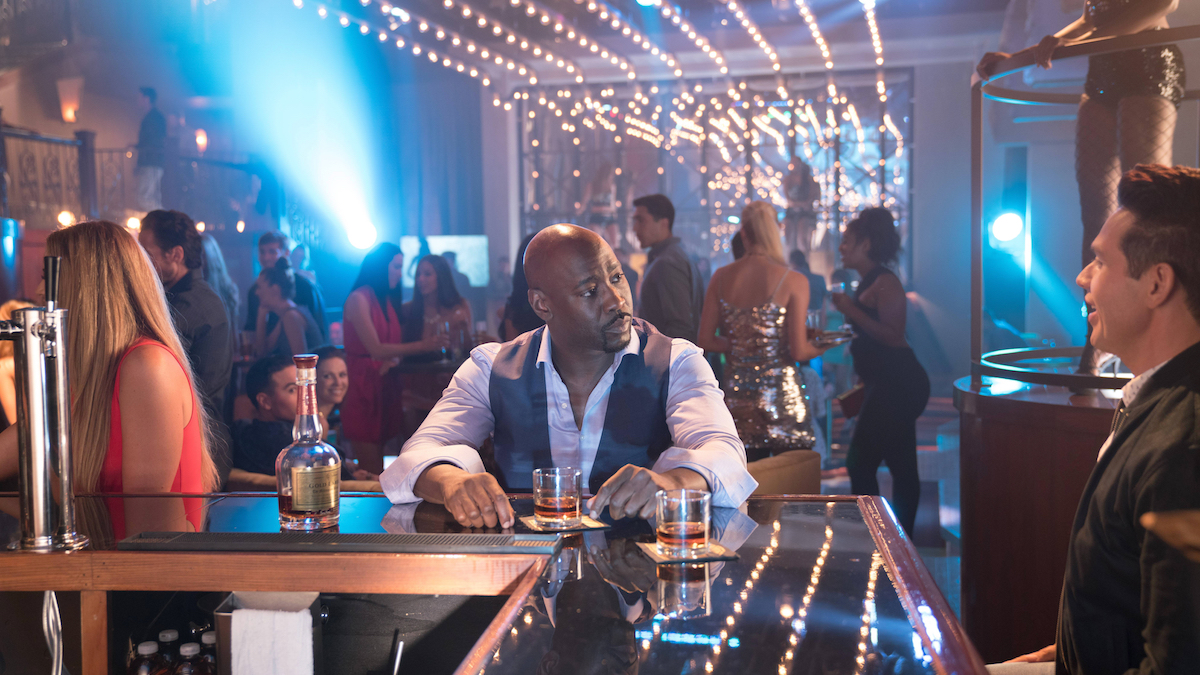 Meanwhile, Amenadiel is going through some stuff. He enters Lux wearing a snazzy suit. There’s some thing going through his mind, “WWLD… What would Lucifer do?”. However, as he makes his way around the place, once thing becomes clear. He doesn’t have his brother’s moves.

Later, the team reconvenes at the station where Pierce gives Chloe “extra helpings of his dickishness”. However, Lucifer has an idea. With the assistance of his friend the judge, Lucifer manages to track down their suspect. Tyson Crawford (Rickey Eugene Brown) is a student at the reform center, and it seems the tool belt belonged to him. Lucifer scares the kid straight, and before long he agrees to talk with them.

They bring Tyson back for questioning at the station. Before long, it turns out he and Emily were a couple. He “loved” her. He tells them that when he turned 18 he wanted to leave the program, and he begged her to come with him. However, she refused and they fought. Chloe believes him… he’s not the guy.

However, their conversation gives Lucifer yet another idea. He walks into the program and immediately gathers the students around him. What is it they truly desire? The answers vary from “my father’s love” to “instagram model” and “I just wanna get high, man”. As he talks with the teens, it turns out one is running a full fledged drug empire out of the school.

Later, Lucifer sits on a horse watching as the students work over the drugs. However, his fun is short-lived as Chloe soon enters. She outlines the updates to Lucifer, and is pleasantly surprised when he introduces her to Carly (Saxon Sharbino), the proud owner of the drug operation. However, the girl quickly lawyers up. They aren’t that lucky.

After a conversation with Carly, they quickly discover a new lead. Unfortunately the girl has an ironclad alibi. However, she manages to direct them right to a spot where she observed Tyson digging the night of the murder. They excavate the area, and soon unearth the murder weapon. 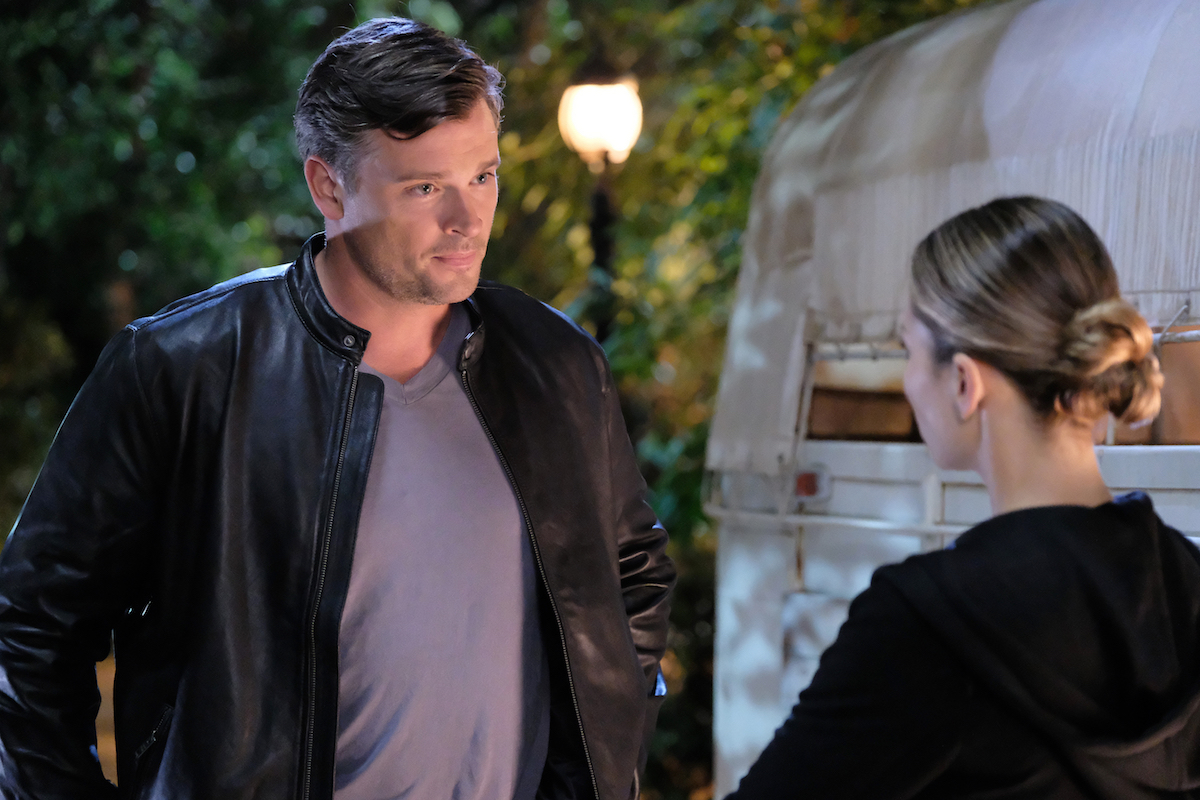 While Lucifer leaves to have some “personal time”, Chloe and Pierce leave to visit the reform school. The two talk, finally airing their grievances in the open. However, much to Chloe’s surprise, it seems Pierce doesn’t hate her as she assumed. Rather, she’s one of his best detectives. However, tone suddenly shifts as Jerry Blackcrow (Antonio Jarmillo) bursts from one of the buildings, armed with a shotgun. While Pierce manages to push Chloe out of the way, he crumbles to the ground, shot.

With both officers at a clear disadvantage, the man escapes. Chloe frantically bends over Pierce, calling into her radio, “Officer down”.

With Pierce laid up in the hospital, Lucifer tracks down Jerry. Luckily, he catches the man in a vulnerable position… bent over a large stash of drugs. It seems he used the school to cover his tracks, and Emily found out. Jerry pulls a gun, but is quickly overpowered.

Lucifer only pulls back from his beatdown at the sudden appearance of Amenadiel. Lucifer looks up at his brother, “Once evil, always evil”. However, Amenadiel corrects him, “You’re the devil, you punish evil…”.

Meanwhile, Chloe arrives to see Pierce at the hospital. The two have a sweet heart to heart as the dynamic between them changes. “I can see why Lucifer’s so affected by you. You’re special, Chloe”. 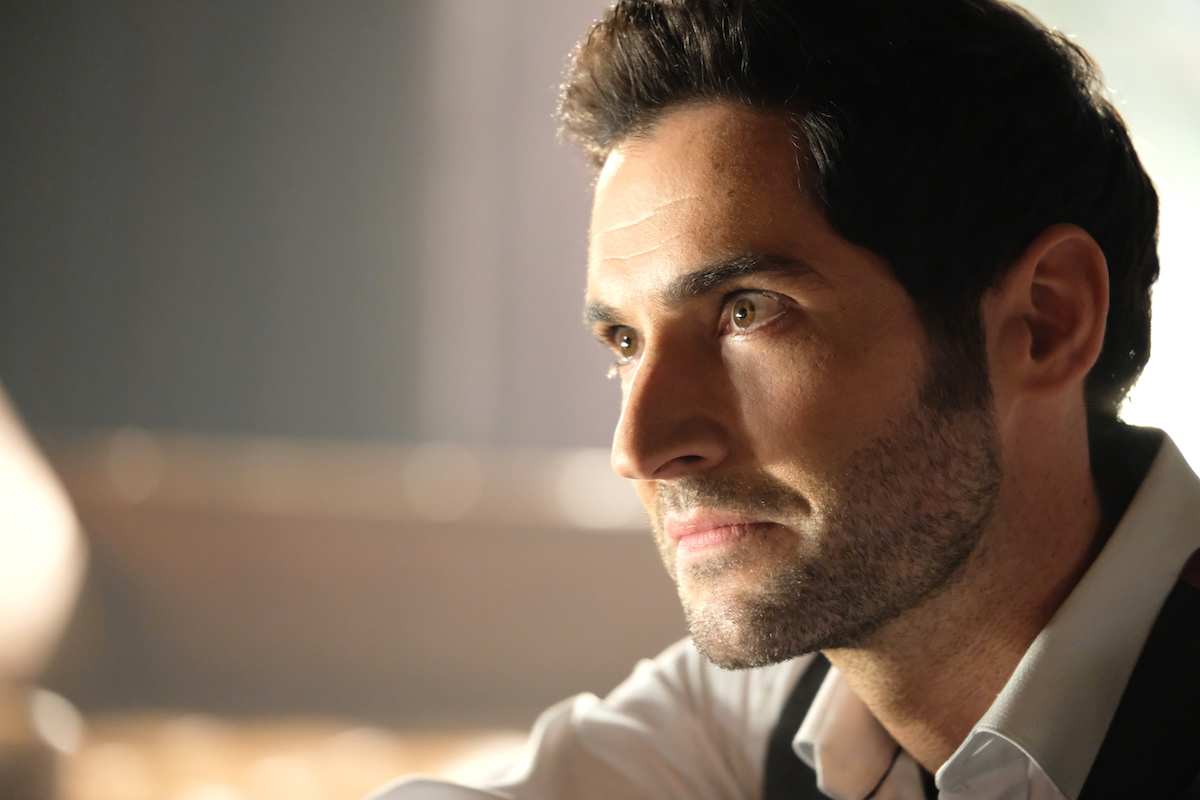 Later, Lucifer and Amenadiel enter apartment. It seems Amenadiel singlehandedly reminded Lucifer of one thing… he’s a punisher. That’s what he’s good at. However, Amenadiel also hit a nerve. Could Lucifer be punishing himself because he wasn’t there for Chloe when she was in danger?

Amenadiel slowly leaves. His brother stares around the room, looking towards his cracked reflection in a mirror.