Disney’s ‘Mulan’ Getting the Live Action Treatment for 2018 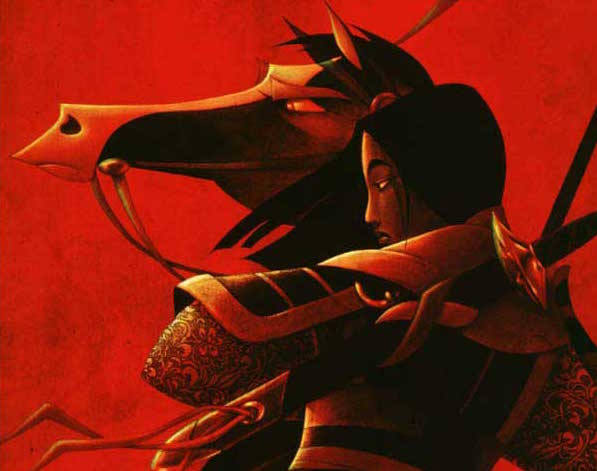 Add another to the list of Disney live action remakes, this time the House of Mouse has set its eyes on Mulan for 2018.

Deadline reports Disney will combine the story from the 1998 animation with the Ballad of Mulan which, funny to say, the original animation was loosely based.  The tale follows the rise of Hua Mulan during the Han dynasty when this daughter of a legendary warrior impersonates a man to fight against the Hun invasion.  Mulan is largely considered legend with variations on her tale created throughout the centuries however, that being said, many scholars still search for proof she was a real person. Or based on a real person.

No word on a release date, just November 2018 right in the middle of holiday and Oscar season.  The live action Beauty and the Beast will hit theater spring of 2017, so one could imagine Disney is planning to release one live action movie a year.  This past year we saw The Jungle Book, 2015 saw Cinderella and, the movie that kicked off this craze, Maleficent, premiered in 2014.

With the rise of the Chinese movie market and studios from both U.S. and China trying to court international audiences, this could be nothing more than a cash grab.  But it’s also a smart move, especially considering the current diversity movement present today in Hollywood.  Disney will reportedly launch a worldwide casting search for a Chinese actress to play the title character and, one would hope, the rest of the cast will be fleshed out with appropriate actors and actresses.  Meaning I don’t want to see one white actor or actress in the movie.

One more tidbit to chew on, like The Jungle Book from this past year, Mulan will be 3D.  Which, I don’t even know how that is going to work and, frankly, wish the 3D trend would die or evolve.