Little Utopias – Worlds We Build For Ourselves

Civilisation is built around community; we gather together for protection, for food, for a shared belief, for a feeling of belonging. But what happens when we move beyond congregating for the security and the material assurances it provides? What incentive do we have to form physical groups when all of the needs of the body are met? As soon as a group moves beyond a post-scarcity society – one where its members struggle with the everyday needs such as sustenance or safety – it’s time for them to join in a shared experience, a collective of wills, little Utopias.

When the idea of Utopias is brought up it’s usually the precursor to a discussion on what one person experiences as good, others may see as bad. These are often followed up with examples such as Brave New World, Gattaca, Aeon Flux and similar media, where there is a massive disparity between those with all and those with none, even if only the outsiders realise it.

But these aren’t the only examples. Sometimes Utopias are created by the will of the collective, rather than the desire of the elite. These are the places where people choose to live, not because they are forced to.

But what about the instances where the Utopia flourishes? Where those within are just where they want to be and they themselves shape their environment? Well here are three great examples from literature where the Utopia can be found and enjoyed, because when it comes to finding a place we truly want to live, the only way is to build it for ourselves. 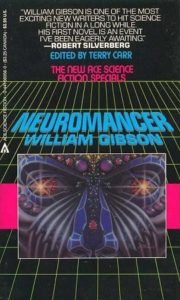 What is it?: A luxury enclave and space station, suspended in orbit above the earth outside of worldly laws and ethical concerns.

Why is it a Utopia?: If you’ve got the funds this is a fine example of a Utopia you can buy your way into. Catering to every vice and lifestyle, where only those things that risk the safety of the station are frowned upon. Spacious and well equipped enough that you will never be bored, and free enough for you to live your life the way you want – as long as that life is essentially a shallow, superficial one – Freeside is owned and operated by a family of reclusive, cloned technocrats with questionable ethics and a permissive attitude towards life. This barely scrapes it in to the Utopia category because of the steep difficulty curve to enter, but the freedom and security it provides is well worth the admission fee.

Any drawbacks?: If you don’t have the cash then you won’t even get to Freeside. Expensive to reach, prohibitively expensive to live there, Freeside is a Utopia only for those with the deepest of pockets or the most powerful of friends. If you haven’t got the funds then good luck living your humdrum life back in the Sprawl . 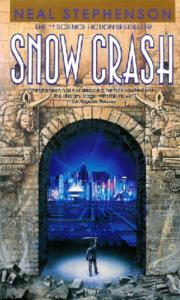 What is it?: Individually run government or corporate city states inhabited by specific social classes, ethnic groups, organisations or proclivities.

Why is it a Utopia?: Falling cleanly into a get-what-you-grab style of Utopia, Snow Crash illustrates a world where capitalism has created its own collage of environments across the United States. Similar to the Japanese idea of the Zaibatsu – corporations with unparalleled control over parts of a given area – the States in Snow Crash are the kind of place where you are born into a role and spend your life living there under the care of the economic empire that owns it. These are often based around a demographic group with traditions, currency and laws of their own. While only technically a Utopia by choice – many States providing a far greater status of living than others – they at least give the occupants the freedom to choose where people want to live, and provide for those within to the exclusion of outside influences.

Any drawbacks?: Moving from State to State could be problematic if you don’t have the right background or skills. The State still has a government of sorts, so don’t think you can get away with doing anything you want. 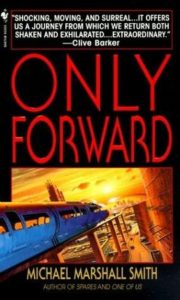 What is it?: Individual societies built up around the thing you are the most passionate about.

Why is it a Utopia?: Saving the best, and strangest, example of the Utopia for last: the Neighbourhoods from Only Forward are a rather extreme but perfect example of Utopian potential. These enclosed estates are as individual as taste can be, with each one catering to a person’s individual passion. Love colours, art and style? Go live in Colour; where the walls of the street change colour to match the clothes you wear. Want to live a quiet life? Then you should live in Sound, so called because they don’t allow any in there except for an hour a day. Want to live a dangerous life of no rules and short lifespans? Red is your place then; full of bars, vice, gangs and a non-stop adrenaline attitude to living. How about a place of pure action and productivity, where the only thing that will stop you achieving a hundred things a day is the number of hours in that day? Then the Action Centre is your dream. Want to visit an entire city populated by cats? You can do that too. Simply find that thing that drives you, and go for it. In The City there is a Neighbourhood for you.

Any drawbacks?: Apart from a few specific neighbourhoods The City is pretty much downside free. Travel between the enclaves is mostly unrestricted, and there’s no real judgement or hostility between groups. The only real difficulty is choosing where to spend the rest of your life.

The Republic by Plato – The first discussion on the Utopian concept. Setting an ideal -at the time – organisation of how a Utopia would function.

The Dispossessed by Ursula Le Guin – Satire of the ideal of the Utopia, on the limits it places on its members and how outside observers perceive them.