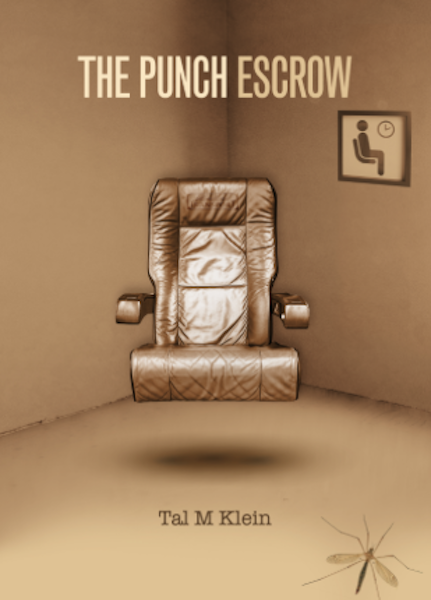 Lionsgate is in ‘advanced talks to aquire The Punch Escrow‘ according to Deadline.  Good news for sci-fi readers, ‘the novel’s high concept and strong lead role drew interest.’

RELATED: The Ways We Read: Books are Still Books

The Punch Escrow is Tal M. Klien’s first novel.   I haven’t read it, YET… but after reading the following description, it’s shooting to the top of my list.

The protagonist is Joel Byram, who lives in what seems the best of times in 2147. There is peace on Earth, with the last war ending 50 years prior. They’ve found ways to purify the air — mosquitoes feast on carbon fumes instead of blood, ending air pollution — and they’ve cured most ailments, even aging. Travel has become a cinch because of teleportation, handled exclusively by International Transport, the world’s most powerful privately held company, headquartered in NYC. Its slogan “Departure, Arrival … Delight!” doesn’t square with the experience Byram just had when he went through the teleportation experience and finds that he has been duplicated in the process, exposing a flaw in this futuristic nirvana. Suddenly, he must outsmart the shadowy organization that controls teleportation, outrun the religious sect that’s out to destroy it and find a way back to the woman he loves in a world that now has two of him. – Deadline

We’ll keep you posted on thoughts on the novel and development of any film.  Stay tuned!