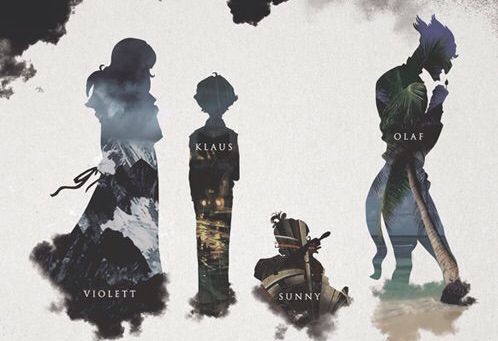 Netflix finally announced a premiere date for the long anticipated Lemony Snicket’s A Series of Unfortunate Events; January 13, 2017.  Friday, January 13.  Yes, they are capitalizing on the superstition surrounding Fridays that also happen to be the 13th day in a month.

The announcement came in the form of a teaser trailer, which you can view below.  The trailer actually tells us nothing about the show just gives a look at one of the sets and tries to set the tone for how creepy the show will be.  In it, Lemony Snicket himself (Patrick Warburton) invites you not to watch the show for fear you may go a bit mad.  Well, that’s one way to draw in viewers.

Lemony Snicket’s A Series of Unfortunate Events is based on a beloved book series by, you guessed it, Lemony Snicket.  Of course it’s a pen name and not the real name of the author but it all goes along with the mystique and showmanship surrounding the stories. Hopefully this 8 episode run will do a better job than the Jim Carey movie of the same name from 2004.  Remember that one?  No?  Ok, moving on.

Based on the internationally best-selling series of books by Lemony Snicket (aka Daniel Handler) and starring Emmy and Tony Award winner Neil Patrick Harris, A Series of Unfortunate Events recounts the tragic tale of the Baudelaire orphans — Violet, Klaus, and Sunny – whose evil guardian Count Olaf will stop at nothing to get his hands on their inheritance. The siblings must outsmart Olaf at every turn, foiling his many devious plans and disguises, in order to discover clues to their parents’ mysterious death.