Home » TV & Streaming » Legends of Tomorrow Meets the Justice Society of America in this Sneak Peek!

Legends of Tomorrow Meets the Justice Society of America in this Sneak Peek! 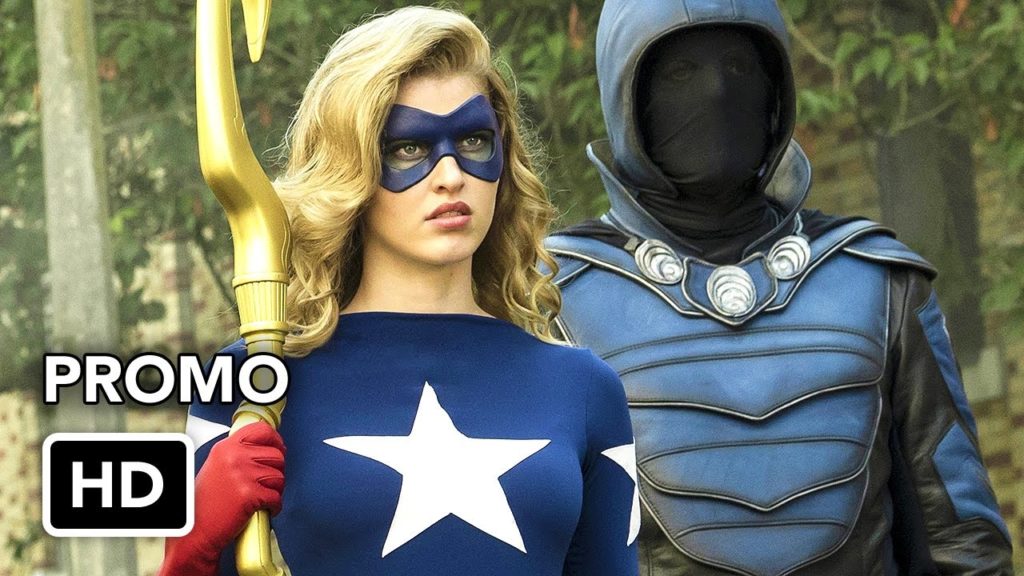 Last night’s season premiere for the CW’s second season of their DC Comics series, Legends of Tomorrow, was certainly a surprising one! And, per usual with this particular show, just a lot of fun. We find Ray Palmer (Brandon Routh) stuck in prehistory fighting off dinosaurs, Dr. Martin Stein (Victor Garber) and Jax (Franz Drameh) in medieval Europe, Sara Lance (Caity Lotz) in 18th century Boston.

We also got to see Oliver Queen (Stephen Amell, as a guest star) helping Dr. Nate Heywood (Nick Zano) seek out the Legends as well as meet a very licentious Dr. Albert Einstein.

But enough of this week, let’s look to next week’s episode, where we’ll finally meet the Justice Society of America! In this trailer for next week’s episode, we see the old guard of heroes in the 1940’s kicking some major ass and not getting along so well with the new guard of heroes. We also get to see a young Commander Steel punch his own grandson — Nate Heywood — in the face.

You can watch the trailer and read the synopsis for the episode below.

TEAM WORK — The Legends travel to Nazi-occupied Paris, but find themselves surrounded by the Justice Society of America (AKA JSA.) The Legends discover a time aberration that threatens the JSA, but the JSA wants nothing to do with them or their help. Nevertheless, the Legends force their way into the JSA’s mission to intercept and seize a mysterious package. Nate (Nick Zano) is desperate to prove that he should be part of the team, but he has a secret that he shares with his grandfather Commander Steel (Matthew MacCaull) that might make it difficult. Ray (Brandon Routh) is so focused on impressing the JSA, he puts himself and Vixen (Maisie Richardson-Sellers) in danger. Meanwhile, Stein (Victor Garber) has stepped in as the leader with Rip (Arthur Darvill) gone, but when decisions aren’t being made Sara (Caity Lotz) seems to be the one calling the shots. Dominic Purcell and Franz Drameh also star.