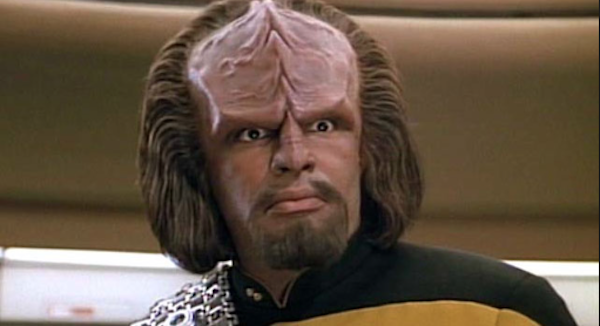 Holy Bat’leth!  It looks like Star Trek: Discovery has given the Klingons a very controversial redesign!  Worf is as shocked as I am.

A photo leak from an extra on the Star Trek: Discovery set on Facebook this weekend gave the world a look at a new kind of Klingon, and Trek fans everywhere have a lot to say about it.  The photo was quickly taken down, presumably at the insistence of the show, but it lives on the internet and has been in circulation none the less.  iO9 reported on it Saturday. 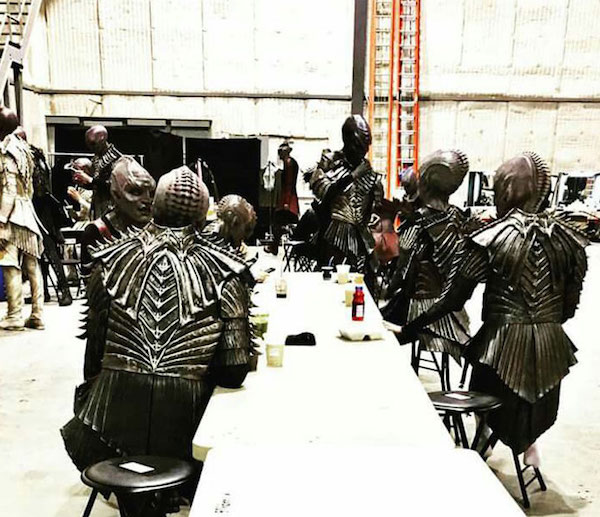 The photo gives us much to speculate on, and particularly the hair.  The hair is the thing.  They don’t have any!  What?!?  It is canon in the Star Trek universe that Klingons value their long hair as a symbol of strength and power.  So, if these Klingons have none of it, we’re going against well established Klingon culture here, aren’t we?  Yes.  That’s disturbing a lot of fans.  Discovery is set 10 years before Kirk’s five year mission in the Original Series.  Presumably there’s some room to explain this, but, um… they need to explain this!

This isn’t the first time we’ve had a conversation about how the Klingons look.  There’s been a lot of talk about the Klingons’ forehead ridges, a virus to explain why in the Original Series, they had smooth foreheads… and various aspects of the evolution of Klingon form and culture.  Every Star Trek series has done their best to make sense of it all.  But, these Klingons have ridged foreheads…. so no virus?

So, maybe these are pre-viral Klingons who have not yet established a tradition of growing their hair as a symbol of virility?  It’s possible.  Maybe  Star Trek: Discovery will have some unknown race of Klingons we’ve never met before.  That could happen.  Is it possible that no mention or justification of the choice will come at all?  Yes, that is possible too.

We’ll just have to wait and see.

Star Trek: Discovery is set to premiere in May on CBS All Access.