Last Will – A Game That Bequeaths Fun and Humor 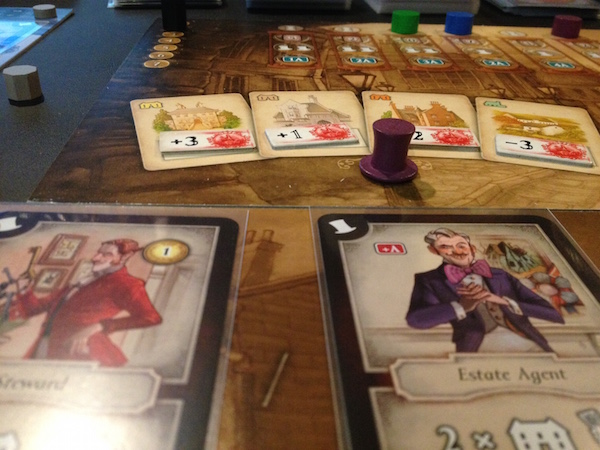 Czech Games’ Last Will, designed by Vladimir Suchy, is a game that I’ve had my eye on for a while. The premise of the game is that we are all nephews of a rich uncle who just died and left us each a sum of money, with one requirement – that we spend it as quickly as possible. The person who gets rid of all of his money first gets the real inheritance (winning the game). During the course of the game, players (2-5 of them) will purchase and depreciate real estate, go on wasteful vacations with pets and companions, host deadbeat friends, and just go plain fiscally nuts as we try to blow our money the fastest. If that doesn’t sound like fun I don’t know what is. 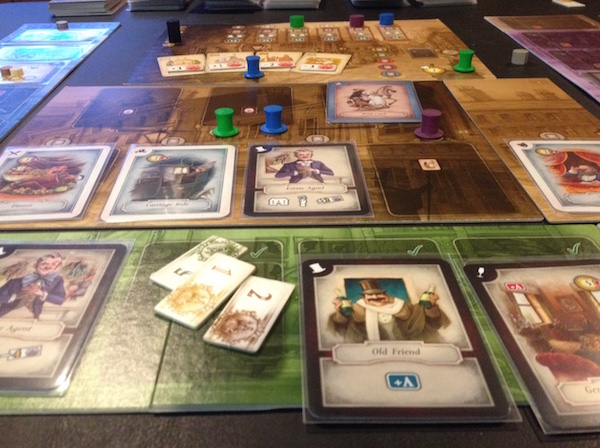 On a turn players get to draw a number of cards from several different decks. Some of them offer real estate opportunities, mooching friends, and standing reservations for steady loss of cash, while others (vacations, excursions, parties, etc.) provide one off ways to blow your bankroll. Each turn basically covers two phases. The first phase consists of worker placement, where players bid on which order they will play each turn, how many cards they will draw, how many actions they can perform, and how many errands they can run. Errands allow players to place workers on certain places on the board to allow them to acquire specific, face up cards. Actions determine how many cards you can play and use in the second part of the round. The worker placement mechanism adds strategy and the errand mechanism takes away a bit of the randomness of drawing cards from decks, which everyone does blindly during the first phase. It also helps players plot their strategies for the round and lets them prevent other players from acquiring cards that they desire. While this provides a bit of cutthroat element to Last Will, it is really not too bad compared to most worker placement in that regard. Last Will mostly feels like a race game with a few elbows thrown here and there. (No tripping). 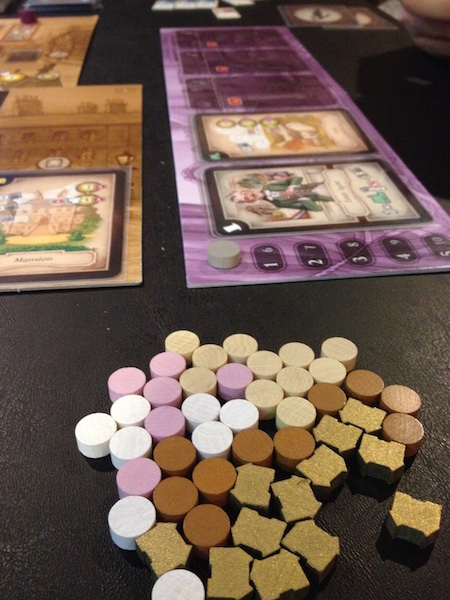 In the second part of the round, players, in turn order, play or use all the cards they wish based on the number of actions they bid for in the first phase. Long term cards remain in front of you until replaced, while one off cards are discarded after use. There is good amount of give and take between wanting to have a steady source of income loss, while also taking advantage of throwing wild parties and taking expensive vacations. Here, Last Will shines brightly. I always felt like I could go in several strategic directions without giving an unfair advantage to my opponents. I always felt I had a chance to win, which I ultimately (but barely) did. 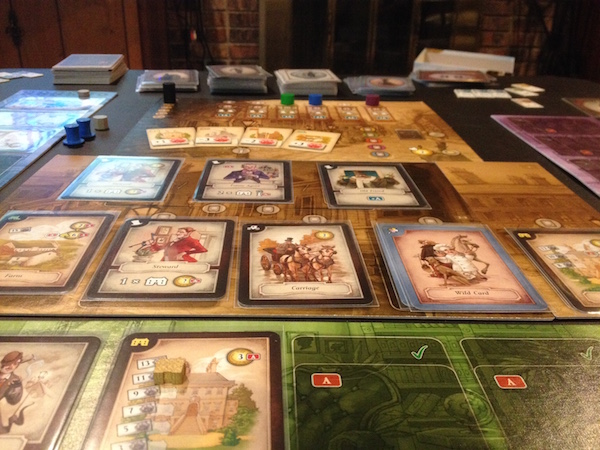 Last Will covers no more than 7 turns, and ends earlier if someone goes bankrupt. The person who goes bankrupt first wins, or at the end of the 7th turn, the person with the least money wins. Our game took us about an hour and 15 minutes, and never dragged. I always felt involved and even when other players were taking a turn, I was either watching and laughing, or plotting strategy. My favorite part of Last Will, and why I am very anxious to play it again, is that each of the nephews created his own story with how they spent their money. I blew mine on a couple of really bad real estate “investments” and housing several of my deadbeat “friends.” My only indulgence was a gentlemen’s club membership that I maintained for most of the game. Then, after selling off my fully depreciated holdings, I threw a giant party that pushed me into bankruptcy right before one of my opponents was able to go bankrupt himself. What a glorious finish it was!

Anyway, if you want a bit of humor along with some nice light strategy, then you really should check out Last Will. There is also an expansion called “Getting Sacked” that adds employment opportunities to NOT take advantage of, which sounds very interesting. Thanks for reading and keep nerding on!!

For this and other dorky good games, check out www.dicedropgames.com.