Last Night In Late Night: A Musical Spoof, a Power Ranger, and Sondheim 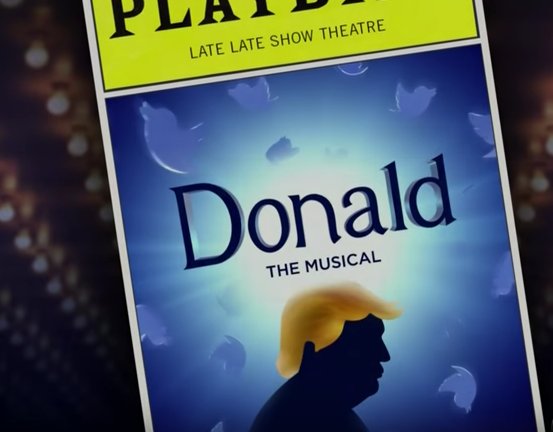 From time to time, Late Night television really knocks it out of the park from all sides. Last night was one of those fun nights when you can’t decided who to watch so you just keep flipping back and forth.

Highlights from last night include a musical spoof called Donald: The Musical, Bryan Cranston as The Red Power Ranger and Sunday In The Park with Jake Gyllenhaal.

Donald: The Musical starring Late Late Show guests Abigail Spencer (who knew she could sing!) as Kellyanne Conway, Ben Platt as Sean Spicer, my favorite Tim Minchin as Donald and James Corden as Steve Bannon, was fabulous. Set to a medley of the songs ‘When I Grow Up’ and ‘Naughty’ from Minchin’s musical Matilda, regardless of politics, was very well done and super funny. I kept thinking about the rehearsal time, if any, and how did they get it together if all they had was the day of. I loved it and I hope you enjoy!

Bryan Cranston appeared dressed to the 100 percent lycra, on The Late Show With Stephen Colbert, to promote his new movie Saban’s Power Rangers. Turns out this is not his first time appearing in the Power Rangers universe. Back in the 90’s he made several appearances as various monsters, when they brought the show to The States. That’s pretty cool that he’s come full circle, and I must say I didn’t really have any interest in seeing the movie, mostly because of my old age, but it looks kind of cool and I was a big fan of the television show.

Stephen Sondheim musicals are known for being incredibly tricky with syncopated rhythms, melody and often times tough and emotional content. It’s a lot to take on so when one hear’s that Jake Gyllenhaal is going to starring in Sunday In The Park With George, a musical made famous by Mandy Patinkin, one can be a bit judgey and question, does he have the chops? He sure does. You get just a tiny taste in this segment from The Tonight Show With Jimmy Fallon, but the kids got moxie!